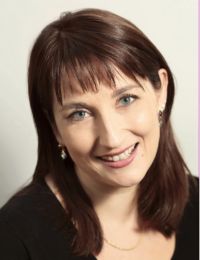 Angelina Draper, life long expat born in what was Jugoslavia to an Irish mother and Jugoslav father. First an expat child, then an expat in my own right and now an expat wife. So far I’ve lived in 26 homes on three continents, seven countries and eleven cities.

This time I moved to Hong Kong because of my husband’s work. An opportunity arose for him at the same time we were considering starting a family, so we thought a few years in Asia would be a nice way to spend what I have nicknamed my maternity leave.What challenges did you face during the move?

Having moved so many times in my life, the process of moving is pretty straight forward by now. I believe in downsizing and not holding on to clutter. There are a few material things that have a sentimental value so they travel with me, but for the rest I prefer to set up a new home in my new location. The main challenge I faced this time was an emotional one as I left a job I truly loved in London and had to adjust to being a trailing spouse for the first time in my life.

How did you find somewhere to live? (e.g. how did you locate a suitable property? what was the buying/renting process like?)

We used to agencies, one my husband’s company provided and one recommended to us by friends. The first six weeks we were in a serviced apartment so I had some time. I treated house-hunting like a full time job and saw almost thirty properties in less than a week. My intention was to shortlist a few to show my husband over the weekend but then I walked into a flat and fell in love with it immediately. Luckily he felt the same and a month later we moved into our first Hong Kong home.

We live on Hong Kong island, so yes, there are many expats all around.

Hong Kong had a huge number of emigrants after the handover and many went to Canada, the UK and Australia with small children that were educated there. Because of Asia’s economic growth over the past few years many of these children, now grown up, have decided to move back. Although they are officially local, they are often very Western in mindset and culture. It is very easy to socialise with them as they speak fluent English and often seek out expat friendships as they feel more comfortable around Westerners than locals, especially if their Cantonese is not fully up to par. It is much more difficult to connect with pure locals as the language barrier is very strong.

Although social media tools and email help maintain relationships, expat life is not ideal for making long term, deep friendships. At one point or another almost everyone you know will leave and this tends to keep friendships at a more superficial level. I also wish my baby daughter had more contact with her grandparents and cousins. Finally, I dislike the assumption people make about you. Many locals have predefined image of how we expats live and while they might be right in some cases, it is never a nice feeling when people assume to know you.

What is the biggest cultural difference you have experienced between your new country and life back home?How does shopping (for food/clothes/household items etc.) differ compared to back home?

Although there are some large, international supermarkets in Hong Kong getting all ingredients for a specific meal can prove challenging and you often have to go to a few places to assure you have everything. Generally however most products can be sourced – for a price. The wet markets are good for fresh produce and fish. As for clothes, I wait until I go back to Europe as most shops only carry sizes and styles that cater to the Asian body type.

What do you think of the food in your new country?

We like Asian food so it’s easy living here and when we want a change, Hong Kong has a large variety of international restaurants. Since living here we have gained a deeper understanding of other SouthEast Asian cuisines such as Thai and Vietnamese, which we are particularly fond of.

The lack of general space, crowds and the pollution have been the most difficult things to get used to. What has been nice has been the ability to travel around Asia in a way we probably would not have otherwise.

If you are considering an expat life and you have children, carefully consider the impact the move(s) will have on them at the age they are. I have a brother younger than I am by six years and we reacted very differently to the countries we lived in because we were in them at very different stages of our lives.

To settle down. Although my expat life has been very generous to me in terms of languages learned and experiences gained, I want my children to have a more settled childhood that includes time with families and the opportunity to make childhood friends that they will, hopefully, grow up with.