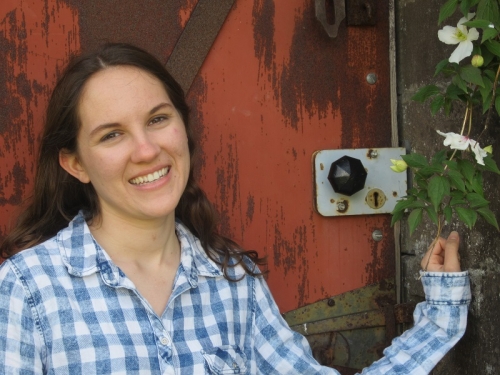 My childhood in the American south taught me many (sometimes questionable) things, but most importantly, you never leave home without your manners. With that being said, it’s time for a very big “Thanks for reading!” and an introduction.

After being born and raised just outside Orlando, Florida, I began my ‘life as an expat’ during a study abroad program in London. Of course, at the time, I was far from an expat. The idea was to take some classes, explore Europe, snap millions of pictures of Big Ben that all look alike, and then come home to America.I did come home, briefly. But I felt that my life in the UK wasn’t finished, and with that, I began slowly transitioning to my current expat life through various programs, internships, and falling in love with a British boy (against my mother’s instruction to “have fun, but please don’t fall in love and never come home. Sorry, Mom!)

I’ve now lived in the UK for over two years and am starting to navigate my post-graduate life abroad. Lately, though, I’m beginning to experience a strange phenomenon in which I’m becoming so accustomed to the “British” way that I’m beginning to lose facets of my “American” self.

For instance (and this is a trivial example, forgive me), the other day I was holding a “courgette” (the British word for this particular vegetable), and it took me a few minutes to remember what it’s called in the States (zucchini). I sat there, stumped, staring down the produce, panicking about the fact that I couldn’t recall my ‘natural’ name for it.

It seems that for the past few years, I have done everything possible to ‘fit in’ and familiarize myself with British culture, customs, and vocabulary. I’ve picked up new slang, new traditions, new habits, and it all helps me feel closer to my new environment and make a home for myself here in England. But in the beginning of life as an expat, it’s always an effort to attempt to acclimate yourself. You are keenly aware that you are ‘different’ and an outsider and so, in a way, this effort is a sign that you have still retained your home culture.

My fear, however, is not about referring to a “zucchini” as a “courgette,” but more about the fact that I wasn’t able to “switch” back to the American phrase quite so easily. The idea that my ‘default’ has switched to the “British way” seemed problematic.

As expats, we often find ourselves introducing and categorizing each other by our ‘home’ culture. I am “the American,” while my friend is “the Canadian” or “the one from China” or “the other American” or “the German,” etc. In order to understand each other better, it’s a natural reaction to try and understand where we’ve been and what culture we were raised in.

The longer I live life as an expat, however, the more I’m finding that these distinctions are far too simple and don’t address the complexity of our relation to culture, both at ‘home’ and abroad. After all, we are a sum of all of our experiences, and it’s healthy to begin to address the idea that expats can have a particularly ‘mixed’ sense of belonging.

In fact, maybe being an expat allows you the unique opportunity to pick and choose your customs and worldview in a way that others cannot. By birth, I am American, and there are particular parts of ‘being American’ that I work hard to maintain in my life. I still persuade (okay, force) my British friends and coworkers to acknowledge Thanksgiving with me, as this is a holiday I will always associate with ‘home.’ I follow American politics and ensure I am not missing out on my right to vote, no matter where I live. I don’t try to hide my accent, as it’s the most natural part of me that reminds myself (and sometimes amuses others in rural England) of my roots.

On the other hand, I’m also a huge fan of the British Sunday roast and the traditional Sunday family gathering that has become a staple in my life. I communicate with my British customers and coworkers using British inflections and idioms without thinking twice. I’ve learned to drive in England and am well-versed in roundabouts and ‘slip roads’ and ‘undertaking’ and feel as natural driving on the left as I did on the right.

By birth, I am American, and that is a citizenship and an identity that I will never let go. But England is also home, and there will eventually come a time where I have lived longer in England than I did in America. To combine these two cultures is oftentimes confusing, but of all of the benefits life as an expat brings, the ability to handpick and shape your cultural identity is probably one of the most fulfilling.

What are your thoughts? Have you had a similar ‘expat’ identity crisis? Do you do anything in particular to keep parts of your ‘home’ culture alive in your life?