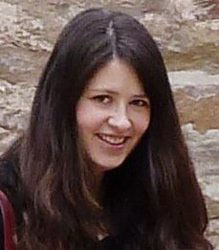 I used to hate February. It’s cold, gray, and winter feels like it will never end. There’s also that awful holiday of Valentines Day plucked right in the middle that seems to make more people miserable than lovey-dovey regardless of their relationship status.

Then I moved to Germany and February became one of my favorite months of the year. It’s still cold and dreary but excitement is in the air, and my social calendar is filled with silliness….Carnival has arrived!

Although Carnival is officially only a seven day event in February, parades, local festivities, parties for children and masquerade balls for adults are held throughout the month until the end of Carnival. Carnival celebrations are world famous in Cologne and Dusseldorf, but there are literally hundreds of Carnival celebrations held in Germany, each with their own local flair.Costumes are different in each town, each with their own local meaning that is not obvious to non-locals – non-locals being anyone not living in the town or near vicinity. It’s not uncommon for someone living 100km away to not know the symbolic meaning behind the costumes.

For all its festivities Carnival has rather historic roots dating back to the Middle Ages and was strategically planned to start right before lent. It was the last chance to feast before the strictly observed fast began, lasting until Easter. While lent is not as strictly observed as it previously was, the tradition of carnival has continued on and if anything appears to be gaining momentum.

One of my favorite days of Carnival is Old Woman’s Day (Altweiberfasnet) held on the Thursday before Ash Wednesday. I do not consider myself an “old woman” but that doesn’t stop me from joining in on the fun, or more accurately observing the fun. Old Woman’s Day is the day that historically women took back the power and stormed the town hall, long before the women’s movement. Reenactments of the storming of the town hall where the women hold the key to the city for one day still occurs in some cities today. The fun doesn’t stop there though. Women have the power to cut the tie off of any suspecting man she sees on the street, so bring your scissors with you! But ladies be warned, you must pay for the ruined tie with a kiss – on the cheek will suffice! Men – wear your old ties (Feb 16th in 2012). Old Woman’s Day goes by a multitude of different names that varies from region to region, but my favorite is the Bavarian take on it, “Madman Day” or “Miserable Thursday” – perhaps describing how the men feel looking silly as they go about their business with only half of a tie much to the amusement of everyone else!

Carnival is not all fun and games though. There’s the rather serious task of scaring winter away, which is done through wooden masks featuring menacing faces of devils, withes and demons worn during parade processions. I personally think the masks have yet another magical power – scaring away the winter blues! It’s hard to take life seriously when the silliness of Carnival has arrived.