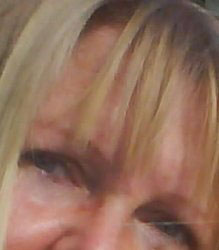 I’d never heard the term “Framily”, until recently when we encountered a problem and needed help.

One morning our car without any pre warning refused to start. There was not even a gurgle or splutter from the starter motor, just a deathly silence. We looked at each other in disbelief then panic. What on earth were we going to do? There was no way we could take it to the garage 8kms away and we did not know if mobile mechanics existed here, and if so, how did we contact them? And even if we knew of one would we be able to make ourselves understood on the telephone as not everyone speaks English. My Portuguese certainly did not stretch to discussing the finer points of cars and the workings (or not) of the engine! I’m sure some of you may have experienced this helpless-headless-chicken feeling before the logical survival instinct kicked in.In the UK no problem, we could simply telephone the AA for assistance or our family who lived nearby. Alternatively, you could find someone through the Yellow Pages business directory. Problems can
initially seem out of proportion here when you don’t speak the language very well or understand the system. Mental note for the future, find a mobile mechanic who speaks English!

A cup of tea is just the thing to help lubricate the old brain cells to calmly reassess the situation. Our thoughts now organised we had a plan and telephoned a dear friend who’d worked in the motor trade for years; not for him to fix the car, just to ask his opinion.

Within minutes he arrived.

Hubby tried the car again and nothing. Our friend watched and listened.

Without even a stethoscope to diagnose the problem “It’s the battery,” he said.“I’ll go and get my battery charger.”

He returned, hooked up our battery and we waited. Hopefully, it was just a flat battery.

After charging overnight –our friend returned. The engine spluttered to life, then immediately died and after further deliberation he announced.

He winced at hubby’s response of 8years.

“I’m surprised you’ve not had trouble before now!” he exclaimed as he whisked hubby off to the local garage to buy a battery.

Living in the country nothing is that easy, the garage did not stock that particular type of battery and it would take 3-4 days to be delivered.

In the meantime the local jungle drums announced we were without a car and would be for several days. Offers of help came flooding in and we were overwhelmed by people’s kindness; they not only offered us lifts, but the use of their cars. Friends also rang when they were going shopping to see if we needed anything urgently.

I don’t like feeling dependent on people but dependent we were for almost a week while we waited for a new battery to be delivered.

Initially, when our car broke down I felt frustrated as the prospect of being marooned in the middle of nowhere without transport did not appeal to me. Besides which, our store cupboard and fridge were in desperate need of replenishment after weeks of visitors.

We soon discovered, as a friend pointed out, we were not alone but surrounded by “Framily”

“Framily?” I asked rather puzzled by the term.

“We don’t have family here only friends and they become our adopted family, hence the term “Framily.”

Framily, what a perfect description!

Living so far from our family highlighted to us the true value and importance of good friends. We are not solitary beings and at some point, however fiercely we value our independence,everyone needs someone to lean on in their time of need.

So when you move abroad how do you meet people and how easy is it to make friends?

Fortunately, I met several friends through blogs and expat forums, especially the Expat Focus Portugal forum where I soon discovered several like-minded people of all age groups and the initial seeds of our “Framily” were sown.

How did you meet your “Framily”?