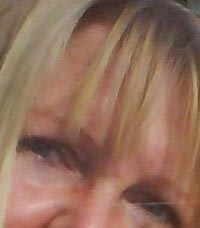 When you move to another country where English is not the first language or there are religious and cultural differences these may create barriers to full social integration.

This does not apply to all expats, I hasten to add, however some people do struggle, and not always for want of trying. For example, a chance meeting may lead to other introductions and you soon have a circle of Portuguese friends. But what happens if due to lack of opportunity or language difficulties, you are unable to interact and are left on the outside looking in?I recently read a topic on the Expat Focus Portugal forum where a harmless request for friendship, meet-ups and craft groups with other English speaking ladies was greeted with derision by some expats. I was amazed when their responses dripped with scorn and ridicule – how dare they fraternise with other expats; shame on them! Horrified by the holier than thou attitude of some of the commenters made me pause to reflect how judgemental some people are towards their fellow countrymen. Almost as if issuing a decree that expats should not associate with other expats regardless of nationality but only with indigenous Portuguese. That is of course a ridiculous suggestion in my view – friends are our friends regardless of nationality and when we move abroad our "Framily" are an integral part of our life.

I mentioned the forum comments (most now deleted) to “dare I say” some expat friends as a point of discussion – what were their views? They had all tried to learn the language with varying degrees of success, but none felt they had integrated within the close knit community where we live. It was also agreed, as we discussed a whole range of complex topics none of us would have the language skills to have the same “comfortable” conversation in Portuguese. I asked them if they felt in time they would fully integrate, and they all responded with a resounding “no”. Why? The language barrier.

Later that day at our local café, and keen to practice my Portuguese, I made a point of speaking to Maria, an elderly Portuguese woman who I’d been introduced to last week. I asked if she was well and then we spoke about our respective families. Where they lived, how many children, grandchildren she had etc. However, the conversation ended there. We continued to smile and nod at each other until lost for words I wished her Bom Fim da Semana (have a good weekend).

I have tried various methods of learning the language over the years including private lessons. Unfortunately, the lessons became so bogged down with the finer points of grammar that we never actually practised conversational Portuguese. Eventually, I lost the will to live along with a significant dent in my bank balance.

Free group classes provided by the Camara in our local town were good, but far too advanced and I sat there like a wide-eyed rabbit trapped in the headlights of an oncoming car, not daring to speak. CD’s and books are OK, but are not interactive. In fact, I became so desperate to improve my language skills that when a Portuguese lady proffered her hand in “friendship” at a cost of 5€ an hour for conversational Portuguese, I grabbed the opportunity. But I did ask myself is there anyone out there who does not want to make a fast buck out of a foreigner? However, out of six arranged lessons she failed to show for four and we parted company.

The world according to Wiki tells us

If we take Wiki’s word as gospel it seems that without learning the language we will never truly integrate. Yes, I will go along with that…

Some people are fortunate and learn the language purely by osmosis; others flounder despite their best efforts, and even more don’t even learn the basics – now while I find the latter group frustrating I accept we are all different. Personally, I have a memory like a sieve, but at least I do try. For anyone who is not a natural linguist and has at least tried to grasp the complexities of the Portuguese language, even if you have failed, you/we deserve a round of applause.

But is integration more than language?

What about food culture, music, history and an understanding of politics or popular TV soaps? Do these things also give you a sense of belonging or maybe used as a talking point with the locals, especially if you live in a small village or town? Yes, probably, but you still need to overcome the language barrier to discuss.

Have you integrated successfully or are you still on the outside looking in?