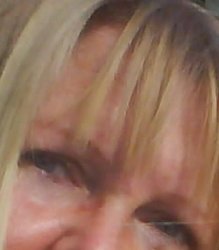 Our daughter, who lives in France, recently gave birth to her first child and our first grandchild.

On the morning she went into labour we hurriedly threw some clothes into a suitcase along with some useless sundry items (as you do); watered the plants; left a key with a friend; jumped in the car and we were off to France! When we finally arrived at the hospital, the following evening, we were extremely concerned to find our daughter in a great deal of pain and barely able to walk.

In fact, I was horrified as I watched her hobble to the bathroom; her face contorted in pain. I managed to conceal my horror as I noticed her feet were turning in and her hips appeared to be out of alignment – was this normal? However, when she described the birth, the way the baby was delivered, and the fact that she had since learned her coccyx had been fractured/broken in the process – words failed me. Why, when they could see she was in so much distress, had they not given her a C-section? My children may have been born in the dark-ages, so to speak, but I am sure we would not have been left to suffer as she had.Had this happened in the UK I would not have been surprised, but in France, which boasts the best healthcare in the world, I was amazed, but wait – this is just the beginning!

After six days, and a whole army of medical “professionals” had examined her during this time, she was discharged from the maternity ward and taken home in an ambulance. Still in a tremendous amount of pain and still unable to sit or walk, doctors and nurses would be “caring” for her at home; visiting her daily.

Three weeks later and despite blood tests, antibiotics and reassurances from the doctor, she was still bleeding, in a great deal of pain, unable to walk or sit , and still confined to bed.

Finally, after yet another night gritting her teeth through the pain while she tried to breastfeed her daughter, her husband decided enough was enough. Despite her protests of the pain to be endured as a result of the car journey he literally “frog-marched” (pardon the pun) her to a nearby hospital and insisted she was examined by a gynecologist doctor in the maternity section.

Initially they tried to turn her away but with a screaming baby and a distressed mother they took pity on her. Thank God they did! On examining her, the doctor discovered and removed several rotting compresses, which had been left inside her when she had given birth. They had been there for three weeks! As a woman reading this can you imagine what it was like…

I feel so angry when I think of the incompetence of the medical team who were meant to be caring for her. Only time will tell if she suffers any long-term effects due to their negligence. Was this malpractice on the part of the medical team who delivered the baby or the team of professionals who cared for her after the birth? This was not complex open heart surgery, it was not rocket science – it was giving birth and dealing with the associated problems; an everyday occurrence for these healthcare providers.

I shudder inwardly when I think of the potential consequences of their incompetence and what would have happened to our daughter and baby granddaughter, who was being breastfeed, if our son-in-law had not taken her to the hospital that day.

I constantly read how great the French healthcare system is and that it is hailed as the best in the world, but to be honest having now witnessed the way our daughter was treated I have serious reservations. According to The World Health Organization’s ranking of the world’s health systems (PDF file available here), France ranks number one. If France ranks number one, I wonder how other expats from around the world fare re. their experiences, good and bad, where they live. A quick check reveals Spain ranks 7th, Portugal 12th, UK 18th, Australia 32nd, and the USA 37th to name a few. I wonder how accurate these rankings still are. I also read somewhere that very few people sue hospitals or doctors in France for negligence. Is this true?

Our experience of healthcare in Portugal varies considerably. If you want to make an appointment to see a doctor, for example, at our local Centro da Suade (Health Centre), the standard non-negotiable response from the receptionist is “you can have an appointment in 4-5 weeks” On the other hand, a cardiologist diagnosed my husband had a serious problem, previously overlooked in the UK, and saved his life. We can’t speak highly enough of the quality of care he received at Faro hospital from the medical team, but others may disagree. So when I am asked a question regarding the quality and level of care in Portugal I usually give a non-committal response such as “It varies considerably and is very much down to the luck of the draw or a lottery”. But should healthcare be a lottery?

But my daughter’s experience was in France and as such I had far greater expectations of their healthcare system.

It makes me wonder was my daughter just unlucky that the army of doctors, midwives and nurses, who “examined” her, failed to notice the rotting compresses or are there many more expats who have suffered, uncomplaining, their voices unheard?