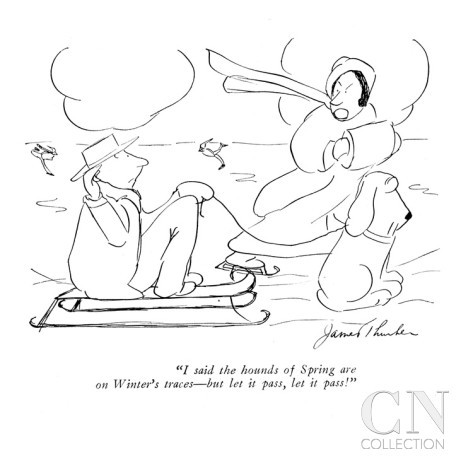 Around the middle of January our local shops are full of pancake paraphenalia. A little early for Shrove Tuesday, you may think. Well, yes: they are in fact gearing up for La Chandeleur, February 2: the date when the Virgin Mary presented baby Jesus in the Temple. Like many other Christian festivals, La Chandeleur – Candlemas – has pagan origins, but the emphasis is on pancakes: les crêpes. See here for more details.Tradition has it that you hold a gold coin in the hand that you write with and flip the pan with the other. If you catch the crêpe you are guaranteed prosperity in the coming year. Owners of gluttonous dogs turn their crêpes with a spatula, however.

There are many crêpe recipes, but I favour the pancake recipe in my gravy-spattered copy of Delia Smith’s 1976 Frugal Food. (reissued in 2008). You can find the same recipe online.

Nutella? This chocolate hazelnut spread, produced by Ferrero since the 1940s, was in the news recently. ‘Nutella Riots’, according to The Sun, broke out when a French supermarket chain slashed the price of a jar of Nutella by 70%. Panic buying is alive and well.

The Hounds of Spring

The weather here in the Morvan has been wet and very mild and we have hazel catkins and primroses to show for it. To quote Swinburne, “The hounds of Spring are on Winter’s traces”. I first came across that quotation in a cartoon by James Thurber, which still makes me laugh.

In 2016 and 2017 spring came early, then a late frost killed all the blossom and we did not have a single cherry, apple, quince, plum or peach. The French say “Jamais deux sans trois” – everything comes in threes. Let us hope 2018 will bring “mellow fruitfulness… and fill all fruit with ripeness to the core”.

In the French calendar every day is dedicated to a saint. My birthday commemorates St Léonce. February 14 is St Valentine’s Day, although this year it is also Ash Wednesday – Les Cendres. Like so many Christian festivals, St Valentine’s day has pagan origins: in this case Lupercalia.
A BBC website tells a touching tale about St Valentine.

It is believed that the young priest rose to distinction after betraying Emperor Claudius in 270 AD by conducting illegitimate wedding ceremonies in the capital. Emperor Claudius claimed that married men made poor soldiers and consequently decreed that all marriages of younger citizens would be outlawed. Bishop Valentine, however, maintained that marriage was part of God's plan and purpose for the world. He continued to conduct marriages in secret between young people, sometimes as young as twelve, in the name of love.

His success gained him unwelcome notoriety, which became Bishop Valentine's downfall. He was jailed and ultimately beheaded, but not before he fell in love with the jailer's daughter. It is thought that on the evening of his execution the bishop passed her a note which read "from your Valentine". This story has blossomed into the defining tradition of Valentine's Day.

Hm. I’m not convinced. My deadline looms and I do not have the time for exhaustive research, but I am unhappy about the dates. The only Emperor Claudius I know of ruled from 41 AD to 54 AD. Never mind – it is still a good story.

Le Criquet, our monthly free magazine, is always full of ads for Valentine’s Day gifts and meals. John and I rarely succumb, but this year we have reserved a table at Le Marode in Corbigny, where we enjoyed several meals when our new kitchen was being installed. When we saw their poster – just 35 euros a head including kir and champagne – we booked a table.

We Hate La Redoute and Le Matelas Too

Do you remember We Hate La Redoute, about the bed kit with the missing sommier? Do you remember that I found a kit complete with sommier at Aldi for half the price?
Well, I am the co-author of a title in the Pocket Lawyer series but a fat lot of good it has done me in France. French consumer law stinks and customer care doesn’t care.

Whereas UK law places responsibility on the vendor, La Redoute, in France the vendor can pass the buck to the supplier, who in this case is Le Matelas. Neither La Redoute nor Le Matelas ever replied to my courteous letters in impeccable French.

Well, I eventually received a telephone call from a Monsieur Abdel at La Redoute. What he offered boiled down to ‘We will send you a 20 euro token by way of apology. Send back the bed at your expense and we will refund your money.’ I responded on 19 January with ‘No way will I pay to send back your bed. Your cheapest sommier costs about 50 euros. Send me one and we’ll install it in Charity Cottage and call it quits. My deadline for Expat Focus is 31 January and I’d like to publish some good news. ’

La Redoute’s reply arrived on January 30. It boiled down to “Le Matelas says nothing doing. Have a nice day!”

So in effect it is Le Matelas who would rather be named and shamed than put things right. Would any reader like a 20 euro La Redoute gift token?