The wonderful solo piano piece The Rustle of Spring by Norwegian composer Christian Sinding says it all.See and hear a real virtuoso perform it here.

Here spring started rustling early this year. We have had an unseasonably mild winter, with daffodils in bloom since early February. Easter is early this year too, so there will be Mothering Sunday flowers from our son Hugo in California on March 6, thanks to whom I can also look forward to American Mother’s Day, which coincides with the French Fête des Mères in late May.

There are stirrings here after the winter lull. Our favourite restaurant, Perreau in Lormes, famous for its home-made terrines, tuiles and unrivalled dessert menu, always closes just before Christmas and reopens in time for St Valentine’s Day. We have been regular and appreciative customers for 10 years.

Digression: Mignardises – dainty morsels – are in my view a form of culinary showing off. Tuiles are OK when shaped around a rolling pin, but tuile baskets are coming it a bit. There are many tuile recipes. Try these. 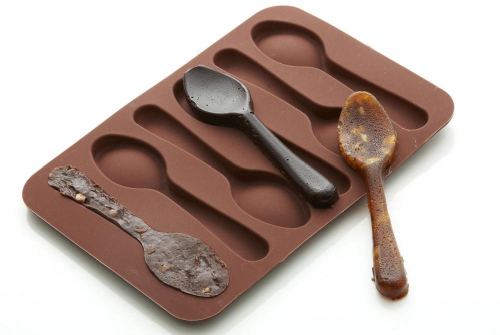 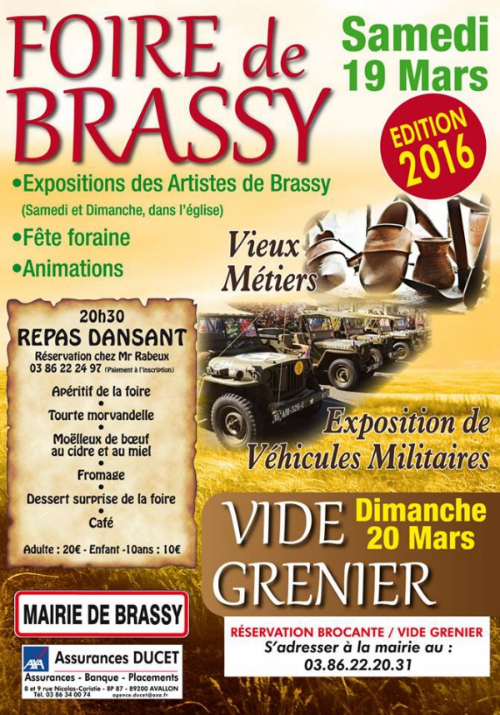 The first fête and vide-grenier, like the first cuckoo, are welcome signs of spring. I hope the weather stays fine for the shindig at Brassy, which takes up the whole weekend of March 19 and 20. The vieux métiers – bygone crafts – would tempt me.

Talking of bygone crafts, our local tourist office is featuring one-day workshops in la pléchie, which is absent from my online Harraps dictionary, but which from the context would translate as pleaching, a truly “green” form of hedging.

Read all about it here.

Pleaching is a method of training trees to produce a narrow screen or hedge by tying in and interlacing flexible young shoots along a supporting framework. Use this technique to make walks, arbours, tunnels and arches.

Charity Cottage too is stirring after its long winter sleep. John, 55 years a licensed radio amateur, inserted a small ad in Radio Communication. Within a day of the magazine appearing we received three emails enquiring about bookings. John was ecstatic. He misses Clank and Robin, his fellow hams, best friends since together with other enthusiasts they set up University Radio Essex, one of the first (legal) student broadcasting stations in the UK.

Digression: In 1970, when John and I were best buddies rather than sweethearts, I recorded a weekly recipe feature geared to complete novices. The programme was taped by John on a cassette recorder without editing facilities, and lasted 29 minutes 30 seconds to allow for announcements. Happy days!

Clank and Robin visited us often at Maré until, quite unexpectedly, both got married – not, I hasten to add, to each other. You can read about Robin’s romance here.

Clank married Jo in Yorkshire shortly afterwards and is now the father of twins… We do not see much of them nowadays.

Charity Cottage also prompted an email from another expat, Michael Fordham, who plans to start up a butchery business at his B & B, The Old Doctor's House at Epinac. 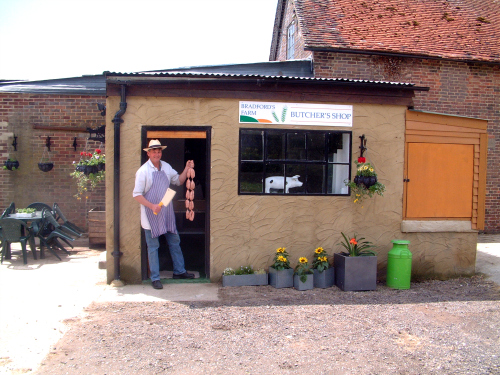 Michael farmed in Sussex, where his meat, especially his sausages, won prizes. Now he hopes to buy his meat from local éleveurs and produce the cuts we Brits like. I replied enthusiastically: “We miss the sausages Mr Revett of Wickham Market made. When I was planning a big barbecue I used to buy half a pig and have all except the ‘posh’ cuts made into sausages.“ French sausages do not cut the mustard, and I wish Michael well.