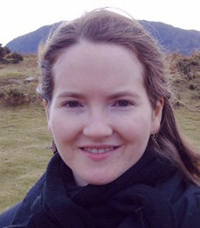 Many of you fellow expats are going back to your home country for the holidays. But those of you who are spending the holidays in your adopted country this year will be able to learn about and explore new traditions there.

I have found that many of the Spanish traditions are quite similar to what I know from celebrating Christmas and New Year’s back in the United States. For example, going to midnight mass on Christmas Eve is not at all a culture shock for me. It was, however, fun to learn that they call midnight mass the Misa de Gallo, which translates literally to the “mass of the rooster.”

But there are other aspects that are indeed quite different. When we celebrate Christmas back in America, we sit down for a big meal on Christmas Day.Here in Spain, the big meal is actually on Christmas Eve, or Nochebuena. The Christmas Eve feast is quite an elaborate affair, involving many courses and lasting several hours. Most families start with appetizers around 9 or 10 at night. That’s actually when people usually eat dinner here, and by the time I celebrated my first Christmas in Spain, I was already well used to the late dinners.

After dinner, everyone enjoys a cup of coffee and an assortment of sweets. People usually nibble on turrón, polvorón and mazapán (which is Spanish marzipan). I love crumbly polvorón, but my favorite has always been turrón. The most typical turrones are: the soft one made from an almond paste and the hard turrón with entire almonds in it. There are also endless variations on traditional turrón that include chocolate, yogurt, fruits and nuts. While enjoying the coffee and sweets, many families stay up late into the night talking or playing games.

Christmas Day is very low key, since gifts are not exchanged until Three Kings Day, and the big feast was held the night before. It is basically a day for sleeping in late and enjoying the leftovers from Christmas Eve dinner.

Back in America, we did not consider New Year’s Eve to be a family holiday necessarily. It was always more about going out to parties. So I was very surprised to learn that another big family feast is held on New Year’s Eve, or Nochevieja. Just like on Christmas Eve, everyone sits down around 10 p.m. for a dinner with many courses that lasts late into the night.

After dinner, some choose to go out on the town while others stay home and spend the night with their families. In Madrid, many go down to the Puerta del Sol, where the atmosphere is a lot like Times Square. All eyes and cameras are on the Casa de Correos building as the ball drops.

The New Year is rung in with 12 chimes, which is when you have to eat the 12 grapes. It is supposed to bring good luck if you can stuff all 12 grapes into your mouth before the chimes finish. I have to confess that even after all these years, I can never seem to get all 12 grapes down the hatch in time.

Back in the United States, I had never celebrated Three Kings Day, but it has become part of my yearly traditions now. On the morning of Three Kings Day—called Tres Reyes, and held on January 6—gifts are exchanged. This is because in Spain, children are brought their presents from the Three Wise Men, not from Santa Claus.

After the gifts have been opened, everyone eats a breakfast of Roscón de Reyes, which is a donut-shaped cake topped with candied fruit. The cake, which has a distinctive flavor of orange blossom water, has a trinket baked into it. Whoever gets the slice with the plastic trinket has good luck and gets to wear the king’s crown for the day.

If you have children with you in Spain, they will most certainly ask to be taken to the Cabalgata de Los Reyes, which is the parade of the Three Kings, held the night before. The Three Wise Men throw candy to the children in the crowd who have come out to see them.

What are some of the holiday traditions you have come to love in your adopted country?