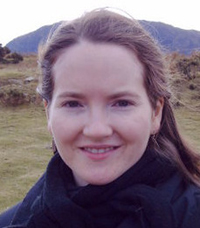 Many of you expats must have favorite foods in your adopted country. I am lucky enough to be living in Spain, so I get to enjoy the Mediterranean diet every day. There are so many great dishes here in Spain that it is hard to narrow it down to just one favorite. However, I can say that I have a favorite season to be eating here, and that is summer.

In the summer, as the heavy heat rolls in, people start to cook lighter meals. The nice part about living here is that the ingredients do not have to travel very far before they reach your plate. I love the summertime salads made with fresh, locally grown vegetables.

The heat lasts well into the night in the summer in Madrid. It is almost impossible to sleep in this heat, so everyone stays out late.Outdoor cafés in Madrid are packed this time of year, with people eating tapas and sipping beer, often with a dash of refreshing lemon soda poured in.

Sitting at an outdoor café is one of the best times to enjoy Spain’s great summertime drinks, like sangria. Sangria is a tasty, refreshing blend of red wine, chopped up fruit and some liqueurs. There are also many variations on traditional sangria, such as orange sangria, rum sangria, champagne sangria and white wine sangria. In fact, one of the first things I tried to make when I moved here was orange sangria. I started with a bottle of red wine—sangria is usually made with good but inexpensive wine—then added the same amount of orange juice as wine, two cups of sugar and some chopped oranges and apples. I let it sit for a few hours before drinking it. It was delicious!

Another great summertime drink they serve in my adopted country is tinto de verano. This bubbly, refreshing drink is basically wine and sweet, sparkling water. Coming from a culture where wine is always considered an expensive, sophisticated drink, I felt strange at first adding sparkling water to my wine. But you have to understand, in the Mediterranean, wine is such a common drink that inexpensive day-to-day wines abound.

The intense heat of a Spanish summer means you cannot wolf down those heavy stews like cocido. So people tend to prepare lighter, more refreshing dishes, including lots of salads. The most basic salad, which is served in almost every restaurant, is called the ensalada mixta. It has many of the usual ingredients an expat would expect to find in a tossed salad—lettuce, tomatoes—but a few unexpected ones as well, like tuna and corn.

I love the ensalada mixta, but my favorite summertime salad is far and away the ensalada campera. This is a delectable potato salad with a Mediterranean twist—olives, and an olive oil and vinegar dressing with oregano and parsley.

One of the most refreshing treats people start to prepare around this time of year is gazpacho, which is a cold soup. The most popular type of gazpacho is the one from Andalusia, called gazpacho andaluz. This is a cold tomato soup with all sorts of Mediterranean goodies blended in, like garlic and green pepper. It is actually easy to make. All you need is a good blender and about 20 minutes.

Gazpacho is such a great soup for the summer—and the best part about it is there are many variations on the classic gazpacho andaluz. There is one called ajoblanco, which is entirely almond-based, and also includes bread, olive oil and garlic. Then there is a thicker and creamier version, called salmorejo. It is made with tomatoes, garlic, bread, olive oil, vinegar and salt. Salmorejo is served with crunchy grilled serrano ham, croutons and chopped boiled eggs sprinkled on top.

I love going to barbeques in Spain. Barbeques here are very different from the ones back home. Instead of hamburgers and hot dogs, the main meat to barbeque is usually chorizo, which is a spicy pork sausage. People here also barbeque chicken filets and cuts of pork such as fresh pancetta. I also love all the barbequed veggies: grilled asparagus, green peppers, red peppers, onions, eggplants. . .

What are your favorite foods in your adopted country?