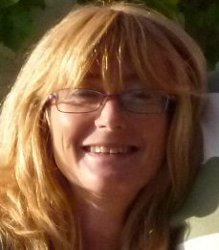 Expat Christmases are always culturally confused. This year will be our sixth Noël in France, and, as usual, for us it will be a mish-mash of English, Irish and French traditions. The English element comes from myself and husband Chris, who lived in various parts of the UK until 1992. The Irish ingredients stem from the children’s childhoods, which were spent in Ireland until Benjamin was 14, Caitlin 11 and Ruadhri 4. Then we came over to France in 2006 and have all soaked up the Christmassy customs here.

Are there really that many differences between the way Christmas is celebrated in three countries that are separated by only small stretches of water? Actually, yes!

First up, there’s the religious element. In Ireland it’s at the heart of celebrations in schools. Carols and nativity plays abound. But in France it’s taboo. Our local Expat-French integration asso made the mistake of inviting a school from the town to sing at our yearly carol service held in the church. The request was met with the terse reply that this wasn’t allowed. Christmas concerts at schools are studiously secular with non-festive plays and songs the order of the day. And in abundance – one of Ruadhri’s spectacles went on for 4 hours. In France the general rule is the longer something goes on for, then the better it is!Let’s move on to the big guy himself, Santa. Or is he? To English kids he’s Father Christmas, to their Irish counterparts he’s Santy and here in France he is Père Noël. He does the same job in each country, delivering presents to all the good boys and girls. However, I’m concerned that his days in France may be numbered. He’s often portrayed as worryingly rickety. The Père Noël lookalike who dishes out the gifts after Ruadhri’s spectacle has finally finished totters in every year with a stick. OK, the huge and heavy wicker basket of presents on his back may have something to do with it – a simple sack doesn’t cut it over here – but my memories of Father Christmas are of robustness, energy and jolliness. But despite his decrepitude, Père Noël kisses every child. I think he might be put away for doing that in other countries.

Food is a major element in every festivity, and especially at Christmas. France, England and Ireland all have it in for turkeys at this time of year, although you’ll find more alternatives on French tables in the form of Bresse capons and game, the latter arising from the country’s strong hunting tradition. But you won’t come across Christmas puddings or fruity Christmas cake. Bûche Noël is de rigueur, a delicious rolled sponge cake with sweet icing and a lucky mushroom as decoration, made either from marzipan or meringue. These days there are lots of ice-cream versions of the Bûche too with sometimes quite bizarre combinations of flavours. Ireland has its layer cake, a rich multi-coloured sponge, and spiced beef for Christmas. We ate plenty of the cakes, but never fancied the beef as one of the ingredients is salpeter, which you also get in gunpowder. But I’m reliably informed that the beef is delicious!

Christmas is short in France, just the one day, although the serious eating begins late on Christmas Eve. But a mere 24 hours isn’t enough. You need an English Boxing Day or an Irish St Stephen’s Day (but without the wren bashing) to make it a proper occasion. I hate that post arrives on the 26th of December here, especially as it’s usually hefty bills and flinch-inducing estimates of cotisations due in 2012.

So, culturally diverse or plain confused? Whatever our Christmases, they’re are definitely all the more interesting for having incorporated elements from three neighbouring but very different countries. And I wish you an interesting Christmas too.