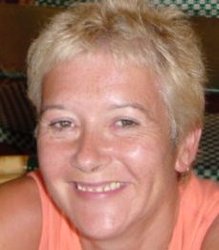 I have no idea whether a Sanky Panky is a breed found only in the Dominican Republic, or if they exist in other countries too. Here there are thousands. They are men who make a business out of relationships with foreign women, usually tourists. They will often, but not always, work in tourist businesses, hotels, bars, and tour agencies, and their main source of income is making foreign women fall for them, and then send them money on a regular basis. The most proficient Sankies will often have several women on the go at once. I knew one who had seven mobile phones, each one labelled so he knew the name of the woman who was calling him.

Often the women have been unable to find love in their own countries, or are divorced or widowed and lonely. Sankies are totally unconcerned about looks or age and can make a woman fall head over heels in love with them in days. The real income starts once the woman returns home, desperately in love with her Dominican man. Ten years ago, the ruses used to be a sick mother or they were hungry, or lost their phone and needed money for a new one. The women always send the money. Over the past few years though, the Sankies have become more demanding…If a Sanky believes he has hit the jackpot, he will say he has left or lost his job. He will then expect the woman to pay his ‘wages’. In reality these would have been from US$150 to maybe 250 a month, but they will increase this figure dramatically up to US$1000 a month. And the women send the money. On the first of every month there are long queues of Sankies outside Western Union offices.

They all use the “I am in jail and please help me get out” card. This can cost a serious amount of money, even up to a few thousand dollars. He will say he is sick, and fail to mention that Dominican Republic has public hospitals where treatment is free, although medicines are not. In addition, the family will often become involved and help to take money from the unsuspecting girlfriend. The standard practice is to take the girlfriend to meet the family, who are always very nice and always live in a basic Dominican house. Then the mother will become sick, and will beg the girlfriend for help.

Then the girlfriend marries the Sanky and sets about obtaining a visa for him to go and live with her in her country. Some have several women trying to get visas for them at the same time, and some even marry several times. The Sankies will say that they are working to get the visa and need money for a passport and each of the women will send money for the same passport

Not all Dominican men are Sankies. Not all of those who work in tourism are. But those who are true Sankies are expert con men, preying on unsuspecting foreign tourists who are often at a vulnerable stage in their lives. And they are becoming more demanding and more outrageous. If you do start a relationship with a Dominican man, you need to be aware of the potential Sanky ploys, and if you are already with one, try not sending him money for a while – see if he hangs around. If not, you know what he is.