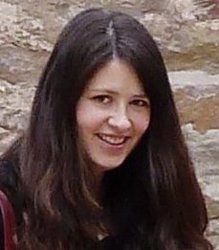 Christmas Markets in Germany are a huge hit with tourists and locals alike, but the tourist and the local experience can be quite different.

Besides going to socialize, locals go to eat and drink. Varying types of Glühwein may be served including blueberry or cherry, but as any local will tell you, these aren’t really Glühwein. Real Glühwein is regular wine and can’t be flavored. Locals also take the opportunity to eat seasonal treats such as Lebkuchen(gingerbread), and Schneeballs (large balls of dough covered in icing sugar or sprinkles). Christmas markets are also a good place to sample regional specialties such as Nuremberger sausage, which is served as three small sausages in a bun with mustard. No tourist should make it through a Christmas Market without at least one mug of Glühwein, a staple at all German Christmas Markets.

I may not be a local, but this expat is having no trouble following in the eating and drinking footsteps of locals when it comes to Christmas Markets. Happy Holidays!