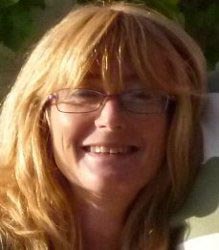 Winter got here before official winter time this year. L’heure d’hiver (winter time/hours) began on the last Sunday of October (when the clocks go back an hour) but the cold weather got here the day before. The clock-changing charade is a complete pain. It began in France in 1975 as a fuel saving measure during the oil crisis, but for whatever reason, they forgot to stop doing it. So the last few days of October are always depressing since suddenly you wake up far too early in the morning, want your meals at all the wrong times and are plunged into darkness by six o’clock. The resulting breakfast time daylight will only last another month at most so it hardly seems worth all the disruption.

The animals, of course, don’t appreciate l’heure d’hiver either. They’ve got used to their mealtimes over the last six months and don’t like those being changed.The language from the pigs was appalling the first couple of days! Even the llamas, not the sharpest knives in the animal kingdom drawer, have a sort of routine, tending to drift up to the stable end of their field in the morning and evening when they’ve become accustomed to find us pottering around and dishing out granulés (sheep pellets, which they adore). But suddenly we’re not there when they expect us to be, and vice versa. I now have to make a twice daily circuit of the large field counting heads and ensuring legs are on the ground and not in the air, and I’m usually followed back by the greediest of the herd wanting their treats. The others wander up at their habitual hour but on discovering no delicacies awaiting get grumpy and spit at each other. The poultry are affected too. To tie in with meeting our youngest son off his school bus in the evening, we need to get all the farm chores done by five o’clock and the turkeys and chickens aren’t that impressed at being hustled to bed before they’re quite ready to go! Just like kids really.

It’s not the best timing that several taxes fall due round about now, adding to the general air of despondency. The taxe foncière (property tax) was due around the middle of October and the prélèvements sociaux (social tax basically on earnings and interest although I confess to still being slightly mystified by this one) must be paid by mid November. There’s the cotisation foncière des entreprises too (business tax), although heavens knows, you’d have thought we’d paid enough cotisations already. Business of whatever size are heavily taxed in France.

To cheer us up somewhat there are two bank holidays in November in France: Toussaint on 1st November, when it’s the custom to put a pot of chrysanthemums on the graves of loved ones, and 11th November, Armistice Day. The Toussaint school holidays take up a fortnight of the month. This break has been increased in length for the first time this year as there were claims from doctors and parents’ associations that a full quinzaine (fortnight) was needed for youthful batteries to be properly recharged. Fac (university) students are made of sterner stuff and just get a week. However, it’s past the main tourist season and the weather is dodgy so there isn’t a great deal you can actually do during these vacances. We resort to geocaching, walks and farm maintenance jobs to keep us busy.

Winter in terms of the weather has begun a little earlier than usual. Generally early November marks the beginning of meteorological hostilities in our part of France. The heat of summer is suddenly a distant memory, even though we were still in tee-shirts a few days before the cold began. It turns wet, cold and raw. But this year we’re well prepared. We have chopped, sawed and split logs off and on during the year so have a good stock of seasoned wood for burning. We even finally got the boiler serviced too and discovered disconcertingly that it hadn’t been properly installed and was missing several major safety features. For the last five years we could have been sprayed with scalding water at any moment, but fortunately we weren’t, and ignorance is bliss. We do have a spot more reinsulating to do in the house – and when I say ‘a spot’, I actually mean pulling whole plasterboard walls down to generously augment the inadequate insulation that’s already there. Once that’s done the north winds can do their worst and all being well we won’t be quite as cold as last year!

Apologies if my columns seem a tad weather and season-obsessed. With our livestock, land and lakes to maintain then we’re out in the elements a lot and very aware of what’s going on outside the house. As I’ve mentioned before, rural living is inextricably linked to the weather which makes it hard at times, but always interesting. And I hope you agree with that.