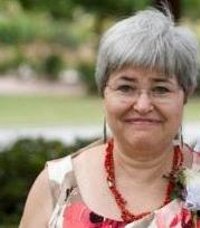 My husband and I really detest the cold weather. Back in the early fall of 1988, we looked at each other one blustery morning and asked, “do we really want to go through another winter?”

The answer was an unequivocal No!, so we put our house on the market and moved with our (then) four kids to Central Florida.

Contrary to popular belief, it can get cold in the Orlando area and even freeze (although nothing like the bone-chilling temperatures of the Northeast). Every winter my husband would say to me, “I don’t think we moved far enough south.”Now we’re coming up against our second Christmas in Panama. We’ve definitely moved far enough south – average daytime temperature here year-round is 90 degrees (that’s 32 for those of you who measure in Celsius). It never freezes and it certainly never snows.

But then come those holidays and traditions that we always associate with cold weather – in our case, Thanksgiving and Christmas.

Last year, we enjoyed a Thanksgiving-style dinner with lots of friends at one of the local restaurants. Then a few weeks later, our youngest daughter, a junior in college at the time, flew down to spend Christmas with us.

We were delighted to spend Christmas Eve with local friends, where we enjoyed their traditional Christmas foods and festivities. On Christmas day itself, we brought dessert to a North American friend’s house where we dove into a feast of dishes that were part of several different family’s Christmas traditions.

It was altogether satisfactory.

One month ago today we landed back in Panama after a month-long visit back to the US. It was the longest time I’d ever spent traveling, and also my first real vacation in years. I expected to get home to Panama full of energy.

Instead, I’ve been draggy and unsettled. How much of it is the holidays and how much a normal part of being an expat, I have no idea.

I just know that we missed our family horribly this Thanksgiving – to the point where we’ve committed to braving the cold and joining the festivities next year in gloomy upstate New York.

We did get together with friends this year. About 10 of us contributed to the feast, which sadly lacked a turkey. Our hostess had bought one (they bring them in, frozen, from the US just before the holiday). But when she unwrapped it she found it was badly freezer burned, and never smelled right while cooking. We all agreed it was too chancy, so she substituted chicken. Big disappointment.

Our Christmas plans are still up in the air. None of our kids are coming down this year, and it looks like our closest friends here will be somewhere else on Christmas Day.

Meanwhile, the town’s all gussied up for the holiday.

There’s no separation of church and state here, so the Palacio Municipal has sprouted a huge nativity scene, and houses all around us are breaking out their twinkle lights. Stores have had their Christmas decorations out for a couple of months now, and they’re jammed with shoppers.
Creating – or recreating – traditions is hard work.

As a child, you rely on your parents and extended family to create the traditions. As a teenager, you pretend to pooh-pooh some of them, although you’d probably miss them if they weren’t there. As a young adult, you begin forging your own.

Every big life change – marriage, divorce, birth of a child, death – alters those traditions in some way, big or small.

After we moved to Florida all those years ago, we spent most Christmases away from extended family. It was hard, but we came up with new ways to celebrate that we enjoyed, and that meant something to us.

At some point, when our youngest was a toddler with four older siblings, we found our groove.

I explained to my husband that I was tired of spending all of Christmas Day in the kitchen. Yes, we ate wonderful food, and they all had a good time, but for me it was just exhausting. So we changed our schedule.

We moved our big Christmas dinner to Christmas Eve. Christmas Day itself was a day to relax. We either went out to brunch – a big treat back then! – or we stocked up on foods that could be set out, buffet style, throughout the day so we could nibble, open gifts, play with the new games and toys, nibble some more, and just kick back.

We’re a musical family, so carol singing became part of the mix as well.

As the kids grew older and moved farther away, the family circle changed size at Christmas, and eventually we started traveling to visit them over the holidays some years.

It’s been quite a while since we’ve all been together at Christmas, but this is our first year without any of our kids at all and we don’t know how to handle it.

I’ve been talking to other expats about their holiday plans.

One couple has spent the last few Christmases down here, but they decided to celebrate with their adult kids this year back in the US.

Another woman, who spent years abroad in Asia, used to travel at Christmas time. She’s not sure what she’ll do this year.

Friends with a small child decided at the last minute to fly home to spend Christmas with family last year, but they’re spending this Christmas in Panama for the first time.

There’s a group of Canadians who get together every Christmas in one of their homes for a potluck feast.

Remembering the whole “kick back and relax” vibe that became such an important part of our Christmas tradition back in Florida, I had a thought.

I picked up the phone and called the swankiest hotel in Chitre, our nearest city. The Hotel Gran Azuero has a very nice restaurant. In my best Spanish, I asked whether there would be a special Christmas dinner. After some initial confusion when the desk clerk started to tell me about special room rates, we got squared away.

Yes, they’ll be offering a special meal on Christmas. The menu isn’t settled yet, but as soon as it is, she will email it to me.

I’ve called a few friends, and emailed some others to tell them about it. If we can get a group together, it’ll be a pleasant way to spend Christmas. If not, we’ll think of something else.

Taking this small, first step is making me feel better about the holiday already.

How do you handle major holidays overseas?