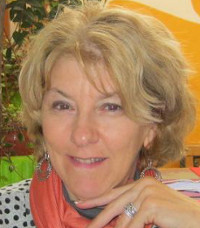 After an enjoyable Indian summer, cooler temperatures have arrived along with this year’s Beaujolais Nouveau on the third Thursday of November at midnight, the legally regulated release day and time and a worldwide annual celebration of a red wine from Beaujolais, located in the Burgundy region of France. With lighted streets and holiday cheer, Nice’s main square, Place Massena, is the center of December’s holiday festivities: holiday market craft chalets, lighted holiday decorations, snow-flocked trees, a giant, lighted ferris wheel, and an ice skating rink. It’s a nice time to be in Nice, whether here as a visitor or as a resident 24/7 in France.

During and following the holiday season on the French Riviera, final preparations are also in progress for the following year’s annual, winter festivals – all of them coordinated to take place during the same time period, so that visitors can enjoy all the parades, floats, and entertainment.Nice Carnival

The city’s iconic Mardi Gras Carnival is one of the oldest carnivals in the world and is known for its parades of vibrantly-colored floats (“corsos”), decorated with roses, mimosas, carnations (the official flower of Nice), and other flower varieties; the giant headed and massive figures (“grosses têtes”), especially the King and Queen always heading the current-year themed carnival procession (“Corso Carnavalesque”); musicians and dancers, rainbow-colored confetti; silly string among the festive crowds; and the infamous “Bataille des Fleurs”, where mimosa and other flowers are thrown to spectators.

The Nice Carnival attracts about one million visitors every year and will take place from February 14, to March 4, 2014, with this year’s theme as “Carnaval de Roi de la Gastronomie.”

With about 140 tons of citrus fruits (lemons and oranges) used to create giant sculptures, this annual citrus festival is sure to awaken the senses. Held from February 15 to March 5, 2014 in Menton on the border of France and Italy, the city celebrates its “Fête du Citron” in gardens and parks and via gastronomic citrus delights in restaurants and markets. Attracting more than 230,000 visitors to see the parades with citrus floats, lighted gardens with sculptures, and other exhibits, this event is truly zestful.

The Mimosa Festival (“Fête du Mimosa”), held from February 14-23, 2014 in Mandelieu-La Napoule, brings to light the vibrant yellow flower, native to Australia, which has become synonymous to the Côte d’Azur. About 12 tons of local mimosa blooms are used to decorate the festival’s floats and other decorations, with daytime parades (“Grand corso fleuri”) and illuminated night parades featuring entertainers, acrobats, and mimosa being thrown to the crowds.

The flower has become important to the local economy, and the first Mimosa Festival honored the blossom in 1931. Representing a production of around 550 tons per year, with 11 million stems produced in the Alpes-Maritimes region and an exportation rate of 90% to Italy, Canada, Japan, Scandinavia, and the U.S., the mimosa business only involves around 70 “mimosistes” – a disappearing trade. Known for its abundance and sweet odor, mimosa is used in the making of soaps, cosmetics, perfume, and culinary specialties. The “Route des Mimosas” (Mimosa Trail) runs along the coastline ending at the village of Bormes-les-Mimosas – a distance of 130 km. comprising a circuit of eight towns.

Winter months also provide great skiing venues, about 1½ hours from Nice: Isola 2000, Auron, and Valberg, where you are transported to the scenic beauty of snow, sun, sea, mountains, and sky. The area provides relaxing mountain getaways and/or adrenaline-filled sports, all within easy access by bus or car from Nice.

So, whether visiting the French Riviera for the holidays, or afterwards during the more wintry months, there are a lot of “hors saison” sights to see and festive activities to enjoy – just don’t forget to bring your silly string — Bonne Fête!

1. Winter on the French Riviera video: