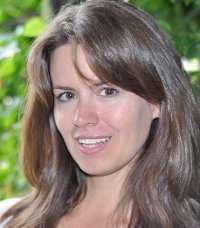 Boxing Day is a public holiday originating in England, which is now celebrated in many other countries in the commonwealth with a mainly Christian population.

As with many modern traditions, Boxing Day may have started as a pagan Anglo-Saxon offering of parcels of food and gifts to the poor, the day after the mid-winter feasting and celebrations. The tradition continued into Christian England. The current name is thought to have possibly originated when these gifts of food were given the day after the wealthy landowners celebrated Christmas and the generous leftovers were boxed up and distributed among the labourers, servants, and trades people who were employed by the landowners. As England became the United Kingdom and developed the commonwealth, the tradition was spread throughout much of the world.Today Boxing Day is traditionally celebrated in the UK on 26 December, or St Stephens Day, the day after Christmas Day. Unlike St. Stephen’s Day, Boxing Day is a secular holiday. Although the day after Christmas is considered Boxing Day no matter what day of the week it falls on, if it falls on a Saturday or Sunday, the public holiday will be carried over until the following weekday, giving workers the benefit of the day off. Equally, if Christmas and Boxing Day fall on a Saturday and Sunday, they are celebrated on Saturday and Sunday, but Monday and Tuesday will be public holidays.

And THAT is why I love Boxing Day. It’s an extra day given to the people.

Many shop workers have to go into work, as this is one of the busiest days of the year. In the United Kingdom Boxing Day is known by many as a shopping holiday. Most shops open early with Boxing Day sales, which are the start of the January Sales. For many shops, Boxing Day has become the day of the year with the greatest revenue. Often people wait outside the shops for the opening, and it’s not uncommon for people to arrive in the very early hours of the morning for the biggest sales, in particular at the famous department store, Harrods. However, because of the crowds, and the edgy tempers many people prefer to stay at home and relax with their friends and family. That is certainly my preferred option. I think I have only ventured out into the sales once in all my 20+ years in the UK.

Now that I have a large family Boxing Day is a day of rest for me. The lead up to Christmas also includes a birthday in our family as well so I seem to spend vast amounts of time getting prepared for the large family celebration and the birthday. Then finally when everything finishes by bedtime on Christmas Day I am relieved to know I have a holiday to look forward to, and very happy to just relax and let everyone fend for themselves with left overs the next day, on Boxing Day!