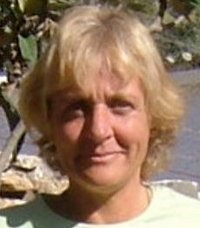 The reason we wanted extra burglar bars fitted, and doors replaced, was because we were planning to visit Australia this winter. We wanted to leave the house secure and watertight. We had contacted our builders in March, thinking that would give them plenty of time to complete the job.

Nine months later they finally turned up to begin work in earnest. But things never go smoothly in our village. Their arrival coincided with a major overhaul of El Hoyo’s sewage system and a resurfacing of the main street. Unable to bring their equipment to our house, the builders shrugged and disappeared again.

“I guess we should check our passports,” I said to Joe. “Then we can book flights as soon as the building work is done.”To my horror I discovered that our passports expire in January. I hurriedly researched the renewal process for overseas residents. A hefty fee of £295.72,(ouch!) a signed declaration form and two passport photos were required. That seemed simple enough.

“Have you ever seen a photo booth anywhere?” I asked Joe.

He thought hard. “Nope, I don’t think so. I guess we’ll have to go to a photography shop?”

Our neighbours, having never been out of Spain, had no idea where we might find a booth or shop that produced passport photos. So we went in search of a photography shop.

“Passport photos? No, we only do weddings, family portraits and fiestas,” said the assistant, surrounded by galleries of arty photos showing smiling brides and happy families.

We eventually tracked down a little shop that sold photo frames. To our astonishment it also provided passport photos. Lo and behold, in a small back room was a stool in front of a white screen. Gleefully we each had a set taken and the assistant helpfully cut them to size.

My smugness, however, was short-lived. Did you know that Spanish and British passport photo sizes are different? Back we went to have another set taken and the girl cut them to the UK size.

I was on the point of sealing the envelope, addressed to the passport office, when I noticed something else. Not only is the size of the photo important, but the dimensions of the head are significant too. Our latest photos were still wrong. We needed to have them taken again. By now we were on first name terms with the girl in the shop.

I’m happy to report that our passports are now in the post. We are told they will take at least 4 weeks to process and, allowing for the Christmas holiday period, I doubt we’ll get them until well into the New Year. Our builders, however, returned and did a fantastic job, well worth waiting for.

Yes, good things are worth waiting for. At last our house is watertight and secure and at least our passports have been mailed. The UK Passport Office may yet find something else wrong with our applications, but, hopefully, we’ll be able to travel to Australia soon.

Serves 4
~ 10 minutes preparation ~
~ 45 minutes cooking ~
This Spanish recipe for stuffed chicken really is a delicious dish, with lots of different flavours. Here we have mushrooms and diced ham, rolled up inside a chicken breast or boneless quarter.

2) Mix together the diced serrano ham and mushrooms.

4) Carefully roll up the chicken and secure with cocktail sticks.

5) Place the chicken into a large cazuela or casserole, and drizzle with olive oil.

6) Season generously with salt and pepper. Add a sprig of rosemary and cover with tinfoil.

7) Bake in the oven for 40 minutes removing the foil for the last 5.