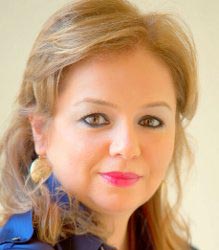 For the last month or so sandstorms have been on Dubaians minds. Represented in the form of swirling, howling Shimal (north westerly winds) and widespread attacks of asthma and allergies this familiar climate manifestation is a part of life in the desert. My last post was on weather so for fear of sounding like an overzealous meteorologist I have opted to write about another topic close to my heart.

Multiculture. It’s my favorite aspect of living in Dubai. I heard someone call a blend of cultures and nationalities a “salad” rather than a “melting pot”. After living in the Gulf for fifteen years, North Africa for thirteen, Europe for seven and the USA for almost a decade I have started to like the salad comparison. A melting pot would imply that all the cultures and people have fused together to the point of a “fluid” diluted identity. The salad however, retains all the essences and uniqueness of its main ingredients…mixed and tossed in a massive flamboyant bowl of flavors. Possibly with a dash of passion and a sprinkle of longing for some added zest.It seems to me that the “salad” is what we encounter in Dubai. Observing an apparently endless procession of nationalities, it is clear that they stick closely together. They observe their cultural festivals and religious holidays, their cuisine, their language and take pride in their countries of origin. There are organizations and clubs to satisfy almost everyone. The Sudanese club, American Women’s Association, Australians in Dubai, Serbs in Dubai, Indian club etc.

This pride in cultural heritage is represented best at the numerous International Day events at schools across Dubai. A frenzy of preparations ensues months before the big day. Decorations, folk dances and costumes are prepared; food is organized and later prepared in a stunning array of delicacies from across the globe.

It’s a truly remarkable experience that I always love attending even (gasp!) contributing to at my daughter’s school in a Croatian exhibition of walnut rolls and licitaner/cookie hearts. A fiesta of contrasting yet complementing sounds emanates from dozens of displays; the beat of tabla from the Egyptian exhibition or the performance of a Tina Turner song, belted out by a gifted American volunteer on stage. Then there is the Emirati Al Ayalla dance, always mesmerizing as proud young men in brilliant white perform a traditional sword dance. Delighted applause erupted when youngsters, dressed in polka dotted skirts broke into an energetic flamenco, and later as Russian students presented the famous chechotka.

The “salad” metaphor is the most visible on such a day. It’s wonderfully inspiring, enlightening and necessary to see such an effort to preserve each culture perhaps even in fear of losing that sense of belonging to one’s roots. However, being confronted with exotic and diverse influences on a daily basis, as most Dubaians are, can cause anxiety on some level.

The question that arises in my mind is: When is it time to continue “melting” and when to remain a crisp, uniquely flavored “salad”?