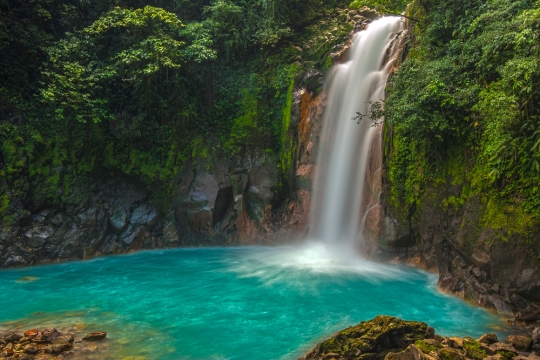 The neighbouring countries of Costa Rica and Panama both have a lot to offer expats. We take a look at the factors to consider.

Costa Rica and Panama are both long, thin countries with thousands of kilometres of coastline overlooking the Caribbean Sea and Pacific Ocean. They have interesting and varied landscapes offering a range of spectacular and unusual locations to visit, including rainforests and golden beaches. Costa Rica has two volcanoes, which are active and cause occasional damage to nearby settlements.Both countries offer an interesting array of accommodation. You can live in apartment blocks with stunning sea views, in a pretty house surrounded by greenery, or in the heart of a busy city. You can choose to head to a bustling tourist area or settle into a quiet area where you seldom meet anyone but a few local people.

Spanish is the official language for both countries, although there are local differences to the language. In both Costa Rica and Panama, you’ll find small expat communities and plenty of local people who can speak English.

Good healthcare services are also available in both countries, although provision depends on your exact location. The closer you are to major centres of population and wealthier communities, the better the facilities will be.

Overall, the climate and weather of Costa Rica and Panama are very similar. The coastlines are hotter than the interior, which is cooler as it rises to higher altitudes. Both countries suffer frequent storms, although severe tropical storms and hurricanes are rare events. 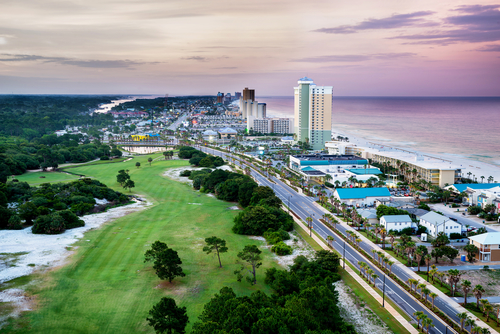 The weather in both countries is warm

Since Panama is to the south of Costa Rica, there is a slight variation in the length of seasons. The rainy season in Costa Rica tends to be May to November, whilst in Panama it is generally longer, from May to the following January.

That said, both countries have many microclimates which can affect areas differently. For example, the curve of Panama around Coronado has a much lighter rainfall than the rest of the country.

Panama has enjoyed a stronger economic performance than Costa Rica. Its official currency is the balboa. However, the close ties with the United States over a number of decades means Panama’s economy is centred around the dollar. The Panama Canal, which continues to be developed, means the country is an active player in global commerce. Major industries which have flourished in the country include banking, insurance, logistics and tourism. 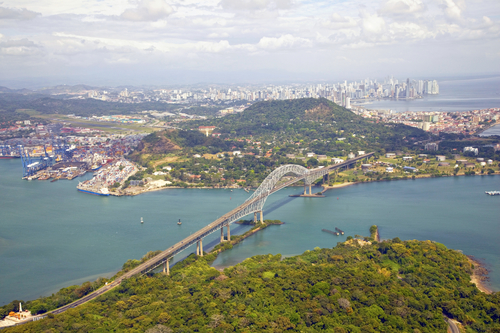 The Panama Canal has had a positive impact on global commerce

Costa Rica, meanwhile, has suffered greatly over the past five years as the microchip industry, a major part of its economy, moved to even lower-waged countries. The nation’s reputation is for a bureaucratic and more expensive structure compared to Panama’s pro-business and pro-investor environment.

If you need to obtain work as part of your relocation, these are factors you must consider. However, if you are retiring and are more interested in the services you can hire – someone to cook and clean, a gardener or handyman, for example – then Costa Rica may be a better choice, as independent workers in Panama have a reputation for being laid back and unreliable.

Panama City is an important financial and business centre in South America. As a result, modern skyscrapers dominate the commercial heart of the city, where European and North American companies operate. Major investment in the metro system has been an essential element of keeping this thriving city on the move.

That said, the population of San Jose in Costa Rica, at just over one and a half million residents, is similar to that of Panama City. This may reflect the overall population differences; Costa Rica has more than a million more residents, despite being a slightly smaller country.

Both capital cities offer an array of cultural, leisure and dining opportunities. You can enjoy evenings at the theatre, see beautiful ballet performances and listen to symphonic orchestras. The choice and global reputations on offer won’t match those available in London or New York, but they are accessible and affordable. 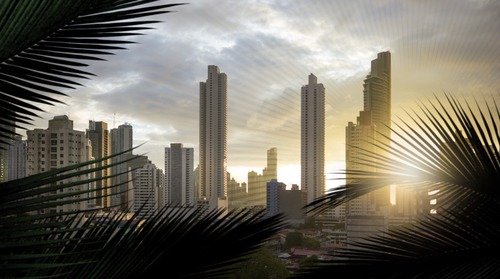 Panama’s stronger economy means the country benefits from better roads and signage. The potholes and problematic roads in Costa Rica are legendary. Similarly, Panama’s broadband systems are much better than Costa Rica’s, though still below par in most places compared to broadband connectivity in the United States.

Out in the countryside of Costa Rica you should be aware of attitudes towards agricultural land. It is a precious resource to be farmed and used. If expats buy large amounts of land and don’t work it, they run the risk of local people doing so instead. If the case is fought in court, judges will consider the arguments carefully; under three months, the legal owner retains ownership, after 12 months the squatters are granted rights. The time in between requires a court order for removal of the offenders. Payment for legal ownership of land does not create the level of ownership protection in Costa Rica as it would in Panama.

Unfortunately, the incidence of crime in both Costa Rica and Panama needs to be considered.

Both countries form part of the drugs route from Columbia through to Mexico, and on to the United States. The impact of the drugs trade on every society it touches cannot be underestimated, as it breeds corruption, theft and violence.

The Darien province of Panama, close to the border with Columbia, is so dangerous that you are officially advised to avoid it altogether. If you do need to go there for some reason, you should only do so under police protection.

However overall, Panama is perceived as safer than Costa Rica, where citizens have been the victims of armed robberies, car jackings, murder and sexual assault, even in daylight.

Crime rates will vary depending on your specific location. If you are living in a gated community with a lot of cameras and other expats, you will be safer than living in a single dwelling in a remote village. The closer you live to deprived neighbourhoods, the easier a target you make for desperate people who have no way of earning an income like your own.

Getting to know people is a great idea if you are relocating. You need to be told which areas to avoid and be given tips on keeping yourself below the radar of a passing criminal – whose crimes are usually opportunistic.

Regardless of whether you decide Costa Rica or Panama is best new home for you, spend some time living there before you make important financial and legal decisions about relocating for the long term.

It is easy to dream of a fantasy life while you look at websites and brochures, and then to spend two or three weeks on vacation thinking life could be like that forever. But if you pack up your home in Europe or the United States and buy the home of your dreams in a new country, you could soon find that the reality is you are bored and lonely. And at that point you have spent a lot of money on relocation and residency visas, and now have a property to sell before you can go home again.

Therefore, take your time to make an informed decision. Begin by writing down what your aims and expectations are, and how you think they can be achieved. Rent a property and learn enough Spanish to undertake daily tasks and greet the local neighbours. Over the next few weeks and months review your financial situation to see if your outgoings are what you expected them to be, and whether you are happy with your day to day life. If there’s an issue about your location, you could try living in a different area for a while.

Once you are sure this is a good permanent move for you, then you are ready to start buying your dream property in Costa Rica or Panama.