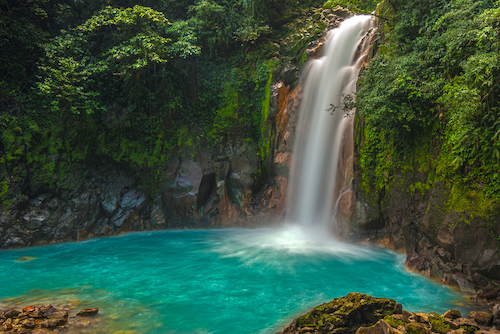 Costa Rica is a popular destination among expats for many reasons, not least the beautiful scenery, pleasant climate and laid-back pura vida lifestyle. It enjoys a degree of political stability as well as a high standard of education. The country also has one of South America’s highest levels of foreign investment, due in part to its attitude towards gambling; it’s a global centre for online wagering. This isn’t the nation’s only draw, of course. It also offers a stable economy and anonymity for ownership of offshore corporations. The latter, however, will be changing from later this year, as the government is drawing up a register of corporate ownership to combat tax fraud.Many expats come to Costa Rica to establish businesses of their own, but what if this isn’t your primary objective? What if you’re planning to set up a non-profit organisation? We’re defining ‘non-profit’ as an organisation that’s set up for the advancement of social causes or is advocating a particular point of view. NPOs are tax exempt as they plough money back into their resources rather than distributing them to shareholders. You’ll need to pay close attention to your organisation’s aims and the underlying ethics of the company to qualify for this status.

If you do decide to focus on Costa Rica as a base, you’ll be in good company – there are a lot of NPOs here already, focusing on a range of areas such as biodiversity, humanitarian issues, poverty and education. Before you begin, it’s a good idea to do some research into the general guidelines for setting up this kind of organisation: how you incorporate, for instance, and what the tax situation is. In the US, the majority of non-profits are classified under 501©(3) of the IRS Code as charitable organisations. Many countries have the same general structure, but if your heart is set on Costa Rica, there may be some specifics you’ll need to address.

First of all, it’s really important to set out clearly to the authorities the purpose of your organisation and the scope of your activities. For example, is your goal “net earnings devoted exclusively to charitable, educational, religious, or recreational purposes?” If so, you’ll need to apply to the Ministry of Justice/Interior to obtain a certificate of NPO registration. Companiescr.com states that each association must be set up by at least 10 people and a board of directors which consists of at least seven members. According to the law, some of these positions must be taken by women.

The Ministry says that it typically takes between 15 and 22 days to register the new association and receive your corporate identification. It will take another week to have the legal and accounting books validated by the tax authorities. If your documents need to be run past your Consulate, the authorities may take a little longer to finish the process. The total cost should be around $500.

Advantages To Setting Up A Non-Profit In Costa Rica

If you need additional help, you’re in luck. One organisation, the Costa Rica USA Foundation for Cooperation (CRUSA), a non-profit organisation based in San José, announced the launch of its new Community Catalyst Small Grants Program in 2018, replacing an earlier initiative. This company will provide grants of up to $10,000 on a rolling basis. Basically, this is to catalyse capacity building. CRUSA Executive Delegate Michelle Coffey says:

“The program seeks to promote community impact and philanthropy in Costa Rica by providing outstanding non-profit initiatives with funding that allows them to build their organisational capacity in a meaningful and lasting way.”

The idea behind this is that grant money can be put into building infrastructure and training personnel as well as investing in campaigns or resources that will enable additional fundraising to take place, and to build on existing organisations to allow them to develop further. CRUSA also builds on earlier, international networking efforts; it’s been going since 1996 and is a legacy of US aid in the region. The foundation set up Amigos of Costa Rica in 2000 – which is based in Washington DC – to: “unite outstanding Costa Rican non-profits with donors in the United States” and elsewhere.

Costa Rica is a popular destination with volunteers, meaning it offers a large array of programs in which people pay to come out and spend time working for local organisations, from eco lodges to sloth sanctuaries. If you think your NPO might benefit from volunteer help, you can sign up with one of the many placement organisations which match volunteers with programs, or you could advertise directly in your home nation.

What Are The Disadvantages?

Setting up any kind of organisation in Costa Rica isn’t all plain sailing. There’s a lot of red tape, and problems can arise as it isn’t always clear where responsibilities lie between different bureaucratic departments. There are sometimes problems with enforcing contracts. Make sure you speak to the experts, however – CRUSA will be able to advise you on the pros and cons.

Have you lived in Costa Rica? Share your thoughts in the comments below, or answer the questions here to be featured in an interview!