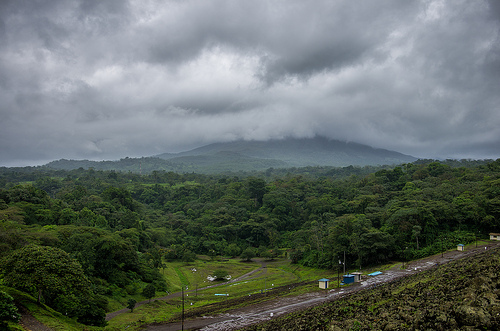 Costa Rica is regarded as a paradise by tourists from around the world because of its pristine beaches, scenic beauty, rich culture and vibrant nightlife. Each year, this country sees more than 1.5 million tourists. In addition to having one of the highest rates of wealth and literacy in the region, Costa Rica has been ranked among the top countries in Latin America for human development.

In terms of environmental performance and sustainability, it ranks third in the world and first in the Americas. Travelers have rated it the second most peaceful place in Latin America. So it’s hardly surprising to see expats, especially from the US, moving to Costa Rica: some for a few years, and some permanently.While there are several aspects that could make this country a dream destination for expats, Costa Rica has a dark side too. Given below are some factors to consider carefully before deciding to move:

The Flesh Trade This issue is more of a global one and isn’t limited to Costa Rica, though it is more rampant here. To make matters worse, many of its victims are children. Each year, around 5,000 to 10,000 children between the ages of 12 and 17 are believed to be exploited in the Costa Rican sex trade. Research shows that this country receives almost 50,000 sex tourists every year, of which about 6,000 specifically seek children.

Since sex with minors is prohibited in the US, some Americans fly to Costa Rica solely for this purpose. The young people forced into this trade are usually from poor homes and many have been victims of physical or emotional abuse at home. The child sex tourism industry in this country is driven by poverty, substance abuse, illiteracy and low self-esteem. Unfortunately, the laws are not always strict enough to ensure the protection of these children.

The Machista Society In Costa Rican culture, the males are almost always the dominant members of a family. The men are not only the authority figures but also take pride in being the breadwinners. A typical married woman in Costa Rica is used to doing all the housework without any help and will probably treat her husband like a king. While there is nothing necessarily wrong with this, it may seem a bit repressive to people from places like the US, Canada and the UK, who are used to more equal gender roles. The real problem is that because of this attitude, it isn’t uncommon to hear about men beating their wives or girlfriends, sometimes to death.

Delays In Work Costa Ricans are relaxed in nature. While this is a good thing most of the time, they also tend to have the same laid back outlook when it comes to being professional. Don’t be surprised if the plumber you call for an “urgent job” shows up days or even a week after the appointed time. This is an expected way of life in this country and most professionals won’t even apologize for delays or the inconvenience they may have caused.

Going Local Most expats are forced to switch over to the local variants of all products and services within a short span of time. This is because imported goods are hard to find. Moreover, any goods from other countries that are available cost a lot more than they do back home. Items like Diet Cola don’t even exist in Costa Rica, although visitors are often fooled by the local Cola Lite.

We asked Annabel Candy, travel blogger at Get In The Hotspot and seasoned visitor to Latin America, what else sprung to mind when she thought about the dark side of Costa Rica.

“Safety issues, in particular with bad cars and roads. So many expats die in car accidents in Costa Rica. I recommend not driving after lunch in the rainy season but if you must be extra careful when driving at night or in rain. Never drive over a bridge if it’s flooded.”

There are several other factors that may be a bit of a culture shock, even if they aren’t exactly part of the “dark side” of Costa Rica. These include:

Personal Space: Costa Ricans often touch the person they are speaking with, especially children. Even complete strangers may ask to pick up your child. There isn’t anything wrong with this, it is merely part of the local culture, but it can be quite disconcerting for those who aren’t used to it.

Greetings: Unless you don’t mind being considered rude, make sure that you greet everyone you know in a room individually. If people know you well, they may also greet you with a kiss. Hellos and goodbyes often take a while at social events.

Heating: Costa Rican showers are rarely more than a metallic or plastic stall with a bunch of wires. The water only gets heated as it is flowing out of the faucet. If the heating works properly you will hear a swishing sound while you bathe. Foreigners often get a shock when they discover that water heating doesn’t always work as efficiently as it did back home.

A related challenge is communication services within your home. Annabel elaborates: “Getting a mobile phone, a landline or Internet in your home can be hard, so expect to be off the grid to begin with and enjoy the experience while it lasts.”

Dressing Up For Government Establishments: If you are visiting the immigration office or the police station, make sure you don’t wear shorts or you won’t be admitted. Shorts are considered disrespectful in many areas.

So what can expats do to help their move to Costa Rica go as smoothly as possible? Annabel’s advice is to go with the flow and try to make new friends:

“Getting culture shock is part of the fun so you should expect the unexpected in Costa Rica!

But make sure you take your toys with you so you can enjoy the surfing, wildlife or whatever attracted you to Costa Rica. It can be hard or expensive to buy sporting equipment or books outside San Jose.

There are some great expat communities so get out and about as soon as you arrive and connect with those groups. Real estate agents, schools or expat owned bars or restaurants can be a great place to start making connections.”

There are so many reasons why plenty of people move to Costa Rica every year and absolutely love their new lives there. As with any long-term life decision, it is best for you to learn as much as you can about the place before taking the decision to move.

Annabel Candy is a British-born Kiwi who lives in Australia, has traveled to over 40 countries and lived in eight. But don't hold that against her. Annabel is a cat-loving copywriter and travel blogger with a special interest in wellbeing who constantly sets new personal challenges and usually ends up regretting it.