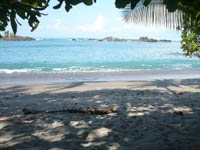 For most people, the mention of Costa Rica brings to mind the picture of a typically tropical paradise – beaches, warm weather, friendly, easygoing people. While these elements are certainly an important part of Costa Rica, there’s a lot more to the country, in terms of weather, terrain, lifestyle, and more. In spite of its small size, Costa Rica offers a great deal of variety, and there are several different locations that are popular among expats, for a number of different reasons. Here are some of the popular locations in the various regions of Costa Rica.

The Central ValleyThe Central Valley or Valle Central is where most of Costa Rica’s local population lives, and is also where most expats have chosen to live for the last several decades. Costa Rica’s capital, San Jose, is located in the Valley, along with several other busy, modern cities. San Jose, Grecia, Alajuela (home to the beautiful Arenal volcano and Arenal lake), Escazu, San Ramon, Santa Ana, Heredia, and Atenas are cities that have well established expat communities. Living in the Valley gives you access to everything you need, whether it be shopping, entertainment, dining, medical care, or almost anything else you can think of. In addition, although the entire Valle Central area is not on the coast, getting to a beach is unlikely to take you much more than an hour, no matter where in the Valley you decide to live. Another factor that makes this region so appealing to expats is its climate – the weather in the Valley is always mild and pleasant, without any extremes of either heat or cold.

The Southern Zone is the classic vision of Costa Rica – wet forests, green mountains, pristine tropical beaches. This part of the country has few, if any, high-rises, gated communities, or resorts. The entire zone is sparsely populated, and two of its major attractions are a massive, 42,000-hectare National Park and numerous surfing spots. The weather is typically tropical – hot, humid, and with a very wet monsoon. Its relative inaccessibility makes the southern coast an unsuitable location for expats who need to constantly be connected and on the move. However, for retirees as well as for professionals who work independently and by themselves, or simply anyone who wants a quiet, rustic life, this is an ideal location. Towns that are popular among expats include Puerto Jiminez, Golfito, and Uvita.

In terms of weather and terrain, the Central Pacific Coast is much the same as the South Pacific Coast. However, the area is much more developed, more densely populated, and more accessible. For some people, many of the cities and towns here could be seen as too bustling and touristy – however, for almost anyone working in the tourism and related industries, this works very well. Most expats in this part of the country do work in tourism. Popular towns here include Jaco and Quepos, although there are many more locations with large expat communities and work opportunities.

Another popular location for expats who want a warm, sunny, seaside lifestyle is the Gold Coast, which has a nice mix of a tropical beaches and modern conveniences, surfing beaches and fishing villages, local culture and expat communities. The Gold Coast is bright and sunny like the rest of Costa Rica’s coastal areas, but with much less rainfall than them. Tamarindo and Playa Hermosa are the most popular expat locations on this coast; the former is Costa Rica’s biggest surfer haven and the latter a well-established modern tourist destination.

The Caribbean Coast is yet another one of Costa Rica’s seemingly endless coastal zones, but this one is almost another country. The weather is as you would expect it to be – warm, sunny, humid, with a generous amount of rain. Culturally however, the Caribbean Coast is quite unique, due to a large proportion of the population being descendants of Jamaican immigrants, along with Costa Rica’s indigenous communities and the more recent Chinese immigrants. Puerto Limon is the largest city here, a busy port and economic hub. The rest of this coast is mostly rural and untouched, with plenty of charm but a fair amount of difficulty too. As a result, the Caribbean Coast is not as popular among expats as the rest of the country is. However, most those who do choose to live here find it extremely rewarding and say they wouldn’t want to live anywhere else.