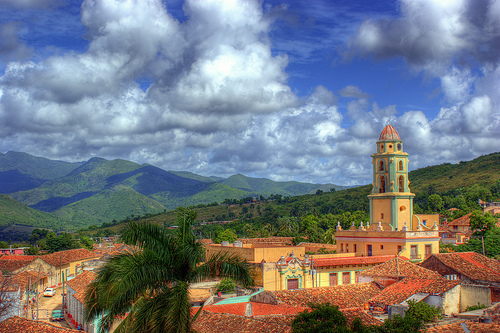 Cuba doesn’t have a large expat population, as the rules and regulations make it difficult for outsiders to live there on a long-term basis. Even visiting Cuba as a tourist can be complicated, although restrictions have eased considerably in the last two decades. Roughly a third of Cuba’s visitors come from a single country, Canada. Of the remaining two-thirds, most come from the European Union, although there are visitors from other parts of the world too. The demographic of the expat population tends to be similar.However, in spite of all the difficulties that come with being an expat in Cuba, safety is one thing you don’t need to worry about, even as a woman. Crime rates are low in Cuba, especially compared to many of its neighboring countries. Violent crime is not particularly frequent, and gun crime in particular is extremely rare; murder statistics are lower than most other countries in the Caribbean and South America. In the 1980s and 1990s, the country faced a growing problem with drugs and drug-smuggling, but this too never reached the proportions it did in some of the other Latin American countries. The government response was reasonably prompt, although arguably invasive and oppressive, and the problem was soon brought under control.

Of course, this doesn’t mean that Cuba is perfect. Crime is infrequent, but it does happen, and it could happen to you. What this means is that you need to exercise caution, just as you would anywhere else in the world. Pickpockets, bag-snatchers, and a variety of street scammers do exist, and for many of them, women and older people are seen as easy targets. Knowing the language is of course very important – without it, you’re always at someone else’s mercy, and although this is usually a harmless situation in Cuba, things could turn unpleasant.

In addition, the usual safety advice applies to Cuba – be alert, listen to your intuition especially when warning bells go off, don’t feel obliged to be polite with over-friendly strangers, avoid dark, deserted streets, and so on. Cuba doesn’t have expat communities like some countries do, and in any case, living in an expat bubble is not something we recommend. Just be sensible in general about where you go and what you do.

Needless to say, avoid getting involved in anything illegal. This can of course be difficult in a place like Cuba, where it’s almost impossible to live without bending the rules a little bit. However, we’re not talking about exploiting a legal loophole when finding a house to rent – we’re talking about things like illegal drugs. Most violent crime tends to occur in situations and communities where there are other illegal activities going on. As long as you stay away from them, you should be quite safe.

In terms of gender equality, Cuba fares quite well – women form a substantial part of the workforce, including government, and are generally treated reasonably well. Violence against women does occur, but a large part of this is domestic violence; although this is of course a sad and serious problem, at least you don’t have to worry about random violence on the street.

Street harassment however does occur, and although it’s rarely malicious or dangerous, it can get embarrassing at best, and tiresome, annoying, and intrusive at worst. You will frequently hear catcalls on the street or be hit on at a bar. The “compliments” and propositions can sound rather brazen and outrageous if you’re not used to them, but the best thing to do is to ignore them all. If you feel you must respond, be polite but firm.

One final note – the puncture scam is quite common in Cuba. Gangs (often a couple or an entire family) take advantage of a puncture (either unlucky or actually caused by them) to steal luggage from the car or to take you to a local garage that will rip you off in cahoots with them. If ever are unfortunate enough to have a puncture on the highway, be very wary of accepting help. If you must accept help, make sure all your belongings are safe, and do not go to the first garage they direct you to.