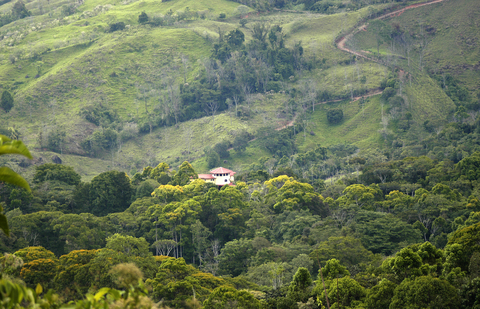 When thinking about retirement destinations, Cuba isn’t often at the top of the list. With wonderful Caribbean weather, a good healthcare system, and an irresistible old-world charm, Cuba is an attractive retirement option. However, because of its chequered history with the United States of America, Cuba is a self-contained country and it is difficult to move there. Things have improved since early 2015 when both countries announced the resuming of diplomatic relations, and it is likely that things may change substantially, but only in time.If you are determined to make this country your home, here is a list of ten things you must consider before moving to Cuba for your retirement years.

This is perhaps the primary difficulty for people wanting to retire in Cuba. Visas for Cuba are usually given out on a short-term basis and are meant for short stays. The only way to obtain a resident visa is for to marry a Cuban national. However, the Cuban government also gives out ‘snowbirds’ visas, which allow you to stay in the country for up to six months at a time and can easily be extended. These are particularly useful for retirees.

Cuba has a public health system only, and there are no private hospitals. Though the government makes only modest investments in health infrastructure, they have a good public health strategy in place, which ensures that citizens enjoy the same health status as people in developed nations.

Most of the infrastructure in Cuba is currently in need of an overhaul. The roads, whether for public use or at the airports in Cuba, have not been re-paved in many years. The technological infrastructure in Cuba is very weak – most people are still using dial-up internet with extremely limited bandwidths. Wi-Fi is available in only a few hotels in Havana, and can be incredibly expensive.

Cuba enjoys a semi-tropical climate, and there is sunshine for more than 95% of the year. The average temperature in Havana tends to be around the 25 degree Celsius mark. Coastal areas are better to live in because of the sea breezes. Cuba also has a rainy season that begins in May and ends in October.

The economy is controlled and run by the government, but since Raul Castro has taken over, the government has loosened its hold on it. However, if you want to set up a small business of any kind, you will not be able to, since it is prohibited by the government. If you are looking for a sports bar or a pub run by your compatriots, you are unlikely to find one.

Unlike other popular places to retire to, Cuba has a limited choice of malls, department stores, and entertainment complexes. Also, English language bookstores are very few, so your choice of reading material is severely limited.

Having a fluent grasp of Spanish will greatly enhance your experience in Cuba. This is not restricted to daily life but even for leisure and entertainment. This is true as far as almost any local cultural activities (which are all in Spanish) are concerned. In addition, Cuban people and culture, while being open and friendly, have their own boundaries, and even if you have been there a long time, the odds are that you will still be treated like a tourist.

If you need to fly back to your home country even once a year, ensure that the tickets between Cuba and there don’t break the bank. The cost of living in Cuba isn’t low, and unlike countries in South-East Asia and South America, you will often end up spending as much as you would have at home.

Most countries around the world offer special benefits to retirees to entice them to move there. You will need to find out if you will be able to get discounts not only on government services but also other services such as cinema tickets and so on.

Foreigners still can’t buy real estate in Cuba, so you will not be able to own property. Most expats live in “casa particulares” or home stay arrangements. Depending on the kind of accommodation you are looking at, this can be rather expensive. Others live in property owned by a Cuban spouse or relative, but this can have its own risks and complications.