How To Take Your Pets To Cyprus From The UK 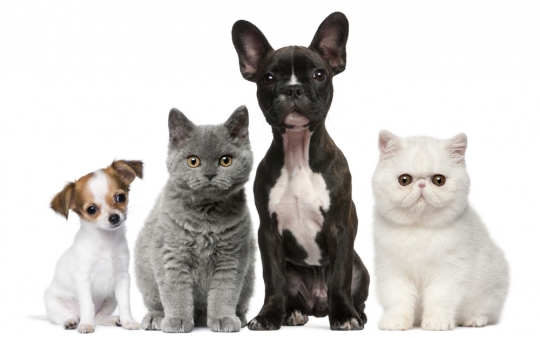 For many people, their pet is a member of the family. Moving to another country without them would be inconceivable. We take a look at the process of taking your pet to Cyprus – and the risks they face there.

If your pet is brought in to Northern Cyprus, the process is more complex and costly. You will then have problems bringing your pet across the border to the Greek Cypriot area.

It is better to bring your pet directly into the EU area of Cyprus if that is where your pet will live. If you are travelling with your pet, or you are arriving within a five-day window of their arrival, your pet can enter from the following locations:

Whether pets can arrive in the plane cabin, as checked baggage or as air cargo will depend on the rules of the country you are leaving and the airline’s terms and conditions.

According to the experiences of expat pet owners living in Cyprus, collecting animals from the airport at Larnaca can be more stressful than at Paphos International Airport. About a decade ago, the death of a pedigree dog in transit at Paphos led to substantial improvements in the arrival process for both animals and owners.

Travelling From Another EU Or Specified Country

EU rules allow you to transport up to five pets into Cyprus without a period of quarantine, as long as the official process is followed.

Whether you are bringing a dog, cat or ferret into or out of Cyprus from one of the listed countries, the following rules apply:

– Only dogs and cats older than 12 weeks are permitted to travel
– The dog’s breed must not be on the list of prohibited breeds
– Your pet must be appropriately microchipped
– Following the microchip, a rabies vaccination must be given and recorded
– Dogs must be given tapeworm treatment
– Your pet cannot travel for 21 days following the rabies vaccination
– A pet passport must be obtained

As long as your pet’s first rabies vaccination is given after microchipping, and the booster is given before the expiry date, there is no waiting time imposed on travel.

You must sign a declaration that the ownership of the pet will not change. If you are selling or giving away any of the animals coming to Cyprus, this becomes a commercial transaction and different rules apply.

If your pet does not appear to be in good health, the authorities can ask a vet to check your animal. You will be charged for this.

You may be looking to bring other pets from the UK to Cyprus, including rodents, rabbits, reptiles and tropical fish. They won’t be subject to a rabies vaccination, but you need to secure permission through an import permit prior to travel. The airlines may also impose further terms and conditions.

Further regulations and permit applications will be required if your pet is protected under the Convention on International Trade in Endangered Species of Wild Fauna and Flora, more commonly referred to as CITIES. If you have an unusual pet such as a parrot or turtle, you need to consider whether the CITIES rules apply to you.

Travelling From The Rest Of The World

If you’re travelling to Cyprus from a country at higher risk of rabies, the following rules apply:

– Only dogs and cats who are at least 12 weeks of age may travel
– Dogs on the list of prohibited breeds may not be transported
– The pet must be appropriately microchipped
– Following the microchip, a rabies vaccination must be given and recorded
– Dogs must be given tapeworm treatment
– At least 30 days after the rabies vaccination, a blood sample must be taken
– The blood sample must be used for a rabies titer test in licensed conditions and a clear result received
– The pet cannot travel for three calendar months from the date the blood sample is taken
– An official veterinary certificate must be obtained and endorsed by the appropriate domestic authority.

The pet should travel within four months of obtaining the veterinary certificate, and the rabies vaccination must not have expired in the meantime.

You will be asked to sign a declaration confirming that you are not going to sell or transfer ownership of any of the transported animals. As before, if you do intend to do this, it becomes a commercial transportation activity, meaning different rules apply.

Again, if your pet does not appear to be in good health, the officials can ask a vet to check it and the invoice will be paid by you.

Groups Of Animals Or Commercial Animals

The previous sections have described the rules for transporting a small number of personal pets. However, if you are transporting more than five animals or intend to transfer ownership, there are additional rules to follow:

In certain specific conditions, you can transport more than five pets at once without following these additional rules. Each animal must be more than six months old, and they must be travelling to train for or attend a competition, sporting event or show. If these conditions are not met, the authorities cannot allow non-commercial transportation.

There are a number of companies who will transport your pet for you. Their services include completing the administration, advice on the vaccination and records required, pre-flight boarding and provision of the animal crate.

Some people find it worth paying a company to take on these responsibilities, especially as relocation to another country can be stressful enough. After all, not all airlines will accept pet transportation, and many restrict the routes offered; the professionals know the information, meaning you don’t have to start from scratch. Make sure you choose a company that has a good reputation and preferably industry membership.

For others, especially those who enjoy living in Cyprus for just a few months each year, the transportation of pets becomes a familiar exercise and costs can be kept lower by arranging everything independently.

Traditional attitudes to pets and animal welfare in Cyprus are a world away from those in the UK. With spaying and neutering frowned upon, there are more than a million feral cats living short lives in Cyprus. Packs of wild dogs roam, and domesticated dogs were often used for working, such as hunting or being guard dogs. Previously, cats would be knocked over in huge numbers by cars, while some dog owners kept their animals in appalling conditions. Restaurants would frequently put down poisoned meat to kill the cats around their premises, while large numbers of farmers put poisoned meat around the fields to kill dogs.

However, attitudes in Cyprus are changing. The political movement of the Animal Party for Cyprus has been working over the past 20 years to change public attitudes, and politicians are now publicly supporting the movement. Government money is being invested in spaying and neutering programmes. The large numbers of expats walking dogs on a lead have helped make pet ownership seem normal. The move to allow dogs on beaches – they are now permitted on specific beaches near each major town – is progressing slowly. Expats and local people alike have worked hard to run and promote animal shelters, often sending rescued dogs off to new homes abroad.

However, since animal welfare is still slowly growing in Cyprus, unsupervised pets are in danger from deliberate harm even today. While it is against the law to lay poisoned food, many animals are killed this way every year. This is a fast and traumatic death that leaves owners shocked and grief stricken.

– Do not let your dog out of your enclosed premises
– Walk your dog on a lead
– It is better for a dog’s health to run frequently, so find a safe space to do this and check the area carefully every time before removing the lead
– Stop your dog eating any alien material
– If you keep medication to assist in an emergency, stock enough for each dog and keep it with you
– Maintain vigilance throughout the walk and react immediately if you see your pet’s mouth frothing
– If any animal is poisoned, you are legally obliged to call the police
– Although it is traumatic to do so, allow an official post-mortem
– Use social media to report the incident and make a noise about it

Domestic cats tend to be fussier about what they eat than dogs are. They are more inclined to catch prey and eat it than consume old meat on the ground. Therefore, they are less affected by poisons, but are at risk of getting into a scrap with a rodent or snake.

High temperatures are also a matter of concern for pet owners. Make sure your pet always has access to plentiful clean water and a cool place to shelter.

Bringing your beloved pet to Cyprus is an easily achievable exercise. But take care to keep them safe from the harm that threatens from humans, wildlife and the soaring temperatures.