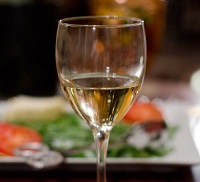 If food excites you and you’ve just decided that you’re moving to the Czech Republic, you can rest assured that you will have a good time, especially if you eat meat. Czech food today has a strong focus on meats, and there’s a rich and varied array of foods available, influenced not only by Czech traditions but by those of the Czech Republic’s neighbours – Germany, Austria, Slovakia, and Poland. Access to great food is incredibly easy to come by, and you could spend a lifetime exploring and savoring Czech cuisine alongside the country’s equally rich and varied tradition of beer. However, if you’re not sure where to begin, here are five dishes that you absolutely must try:• Svícková na smetane: This essentially translates to beef sirloin in cream sauce. That might not sound very impressive, but there’s plenty more to this dish than its deceptively sparse name. Svícková is typically prepared with an assortment of vegetables and spices, and is served with bread dumplings, sometimes also with sauerkraut and/or cranberry sauce (the latter being a more recent addition that you’ll find in the more expensive restaurants). The details of the recipe vary from one region to the next, and often from one cook to the next, but it’s always incredibly flavorful and satisfying. There’s a good reason why this is one of the most popular meals in the Czech Republic.

• Utopenci: You’ll find a mind-boggling variety of sausages across the Czech Republic, in bars, pubs, restaurants, and on the streets. They’re usually cheap, filling, and delicious, and you should definitely try them all, but if you want one specific recommendation, this is it. The name translates to “drowned men”, but ignore that unappetizing detail and dig right in. Utopenci (“utopenec” in the singular) are essentially bratwursts or špekáčky pickled in vinegar along with onions and spices. The sour, spicy meat and onions go fantastically well with bread and beer, and you’ll find a jar of these sausages unassumingly positioned at the bar in any Czech pub that’s worth its pilsner.

•Tatarský biftek: “Steak tartare” is what this translates to, and it’s a dish that might take some getting used to – it’s essentially raw, minced beef, served with some seasoning on rye bread, and sometimes topped with a raw egg yolk. Many might balk at the thought of eating raw meat (and raw egg); however, remember not only that is this an extremely popular dish in the Czech Republic, but that dishes containing raw meat exist all over the world. You may never eat tatarský biftek again, but you must try it at least once. Many skeptical visitors find that they actually enjoy it!

• Smažený sýr: The Czech Republic does also have options for vegetarians, of course. Smažený sýr is cheese that’s been breaded with egg, flour, and breadcrumbs, then either shallow-fried or deep-fried, and served with potatoes (mashed potatoes, boiled potatoes, or French fries), salad, and sauce (mustard, ketchup, tartar sauce, or mayonnaise). It’s extremely popular and ubiquitous across the Czech Republic – as a bar snack, as street food, as a starter, even as a main course – and at fast food joints, where it’s often served in a sandwich or bun. It’s also almost always cheap and, like fried snacks usually are, delicious. It’s definitely not health food, but try to forget about that while you find out why this humble snack challenges svícková na smetane’s status as the unofficial national dish of the Czech Republic.

• Cesneková polévka: Another very popular dish, this is also suitable for vegetarians, if you can find a version that uses vegetable broth. Cesneková polévka is a simple but delicious garlic soup, prepared with potatoes and onions, chicken or beef broth, some bacon fat, and topped with croutons and cheese. You’ll sometimes find a vegetarian option that uses butter instead of the bacon fat and vegetable broth instead of the chicken or beef broth. The soup makes for a great starter, and it’s also supposed to be an excellent hangover cure – so try to remember it the morning after you’ve had too much delicious Czech beer.