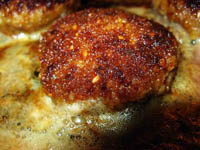 Danish food and drink have traditionally played an important role of protecting the locals against cold weather conditions, much like countries in the northern European region. But Danish cuisine is also unique and is especially known for its food products such as its pork, cheeses and butter. While Danish food is usually considered to be rich and heavy, the cuisine has been evolving over the years and today the trend is towards lighter and healthier meals. Modern Danish cuisine draws inspiration from French, Italian and Spanish cooking.

While in Denmark, you will soon notice that the Danes like to stick to the traditional three meals a day of breakfast, lunch and dinner. Meals are mostly eaten at home.A typical Danish breakfast may consist of some rye bread with jam, butter or cheese, along with a cup of coffee or tea. A uniquely Danish breakfast dish is junket crumble, made from a mixture of rye bread and brown sugar. It is also common to find bakeries selling special types of breakfast breads in the mornings.

These may either be flat or crescent-shaped and are found across the country. The Sunday breakfast may include wienerbrød or Danish pastry, which are small flaky pastries with custard or sugar and cinnamon fillings. Gammel Dansk, a Danish alcoholic beverage, may also be served at breakfast meals, especially on festive occasions.

Lunch, due to practical reasons, is sometimes eaten outside. A typical Danish lunch would include slices of rye bread with butter and some type of sausage, liver pâté or boiled egg. The Smørrebrød is a popular staple and one of the most characteristic foods of Denmark. Smørrebrød means ‘butter bread’ and it usually involves rye bread with different toppings ranging from raw beef to herring. Restaurants throughout the country serve Smørrebrød and have their different takes on the dish. You can even find vegetarian versions in many eateries. A popular variety of this dish is dark rye bread with a layer of live paste, a slice of salt beef and meat aspic topped with onions and garden cress. There’s also rye bread with smoked eel, garnished with scrambled egg and chives; and rye bread with warm liver paste, bacon and sautéed mushrooms.

Dinner or middag (evening meal) tends to be a family affair with most Danes making it a point to eat at home. Therefore the dishes are likely to be more traditional such as Frikadeller, which also happens to be the national dish. It consists of fried pork meatballs served with thick brown gravy, potatoes and preserved sour vegetables. Other popular dinner recipes include Hakkebøf –hamburger with fried egg, onions and stuffed tomatoes; Flæskesteg – pork roast; Æggepandekage – an egg pancake served with bacon and tomatoes; and Kalvesteg – roasted veal with gravy and vegetables.

The Danes love their sweets and desserts and some of the dishes you are likely to find on restaurant menus and dinner tables are Æblekage or apple cake made with stewed apples and topped with breadcrumbs and meringue; Rødgrød med fløde, made with stewed rhubarb or strawberries and topped with ice cream; and Risalamande, a Christmas specialty, which is a type of rice pudding served cold, with cherry sauce.

Danish cuisine today has become more health conscious and in restaurants you will find a lot of fusion foods. For a quick bite, make sure to stop at a one of the many hot dog stands in the country, which serve up a variety of different sausages with a side of bread, ketchup and Danish remoulade. Eating at cafes is also quite popular, especially in the cities. At a café, you can order anything from soups and salads, to sandwiches and pastries. Denmark also has its own chain of coffee shops called Baresso Coffee.

Beverages, which often find a place in typical Danish life, include Akvavit or snaps, a colorless spirit with a caraway flavor; Hyldeblomstsaft, an elderflower drink; and Gløgg, a type of mulled wine made with raisins and almonds and spiced with cinnamon and cloves. Gløgg is an important part of Christmas festivities. Beer is also a common beverage in Denmark and many Danes gather after work to drink a ‘pilsner’. The pilsner is the most commonly available beer in the country.