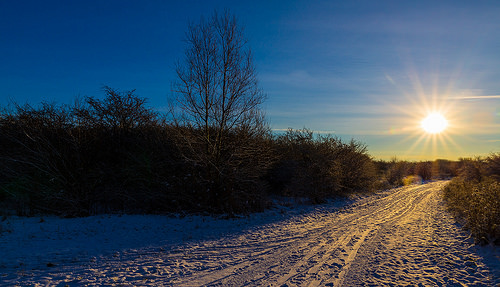 Denmark is a small country, but it offers many advantages to potential expats. Most of the population, especially in the urban areas, speaks English. For those who also prefer to learn Danish, there are subsidized or free language courses provided by the local authorities.

The country has an active art and culture scene, and there’s always something going on – music and film festivals, art shows, theatre, and plenty more.In addition, Denmark isn’t just a small country, it’s also sparsely populated – its population amounts to about 5.5 million, making it an ideal place for those who prefer to live away from the crowds. There is a large portion of Denmark’s territory that is unpopulated, and this rolling landscape lends itself to a number of sport and outdoor activities.

Since Denmark is located close to the sea, the climate can be described as temperate. The Atlantic winds affect the whole of the country since nowhere is more than 52 km from the sea. The result is mild winters and cooler summers, along with plenty of rain. The best weather in Denmark occurs during springtime, which is the driest time of the year.

Preparing for the climate in Denmark firstly involves expecting unpredictability. It’s common for the weather to be cold one day and turn hot the next. The official Danish weather website provides regular forecasts, but many times, the weather doesn’t quite match the forecast.

Also, since the country is surrounded by water, many different factors can influence the weather in a short period of time. The Danes brace themselves for the changing weather by dressing in layers. This way one can add or remove pieces of clothing as required. Rainwear is also important, as it can sometimes continue drizzling for hours. Heavy rain however is not as common. Carrying a collapsible umbrella is a good idea, as you can store it in your bag when not in use. You are also less likely to lose or misplace your umbrella this way.

Winters in Denmark are usually mild, and the days can get quite dark. Sunrise occurs at 9 am and sunset at 4 pm, and therefore the nights can seem long. In fact, winter depression is a common problem in Denmark. Summers are pleasant with just the right amount of warmth. Most people head outdoors to parks or to the beach to take advantage of the enjoyable weather. The average temperature is about 16 degrees Celsius in summer, while the average winter temperature can be around freezing point.

Even though there seem to be only two seasons in Denmark, the country actually has four. Spring begins in March and ends in May; summer lasts from June to August; autumn is between September and November; and winter is from December to February. Rainfall is usually evenly distributed throughout the year.

The best way to deal with the weather in Denmark is to make it a habit of dressing in layers. Your outer clothing should be wind-resistant and waterproof. For instance, during autumn, you can wear a light windbreaker that protects you from the rain and also keeps you warm during the nights. Scarves are another handy item of clothing in Denmark. You are likely to see many Danes wearing scarves. Also helpful are jackets that have removable linings, which are suitable for the cold winter months and also for the cooler autumn days. Make you your footwear is comfortable. Rain is a constant presence in Denmark and your shoes should be able to handle water. Clothing can be quite expensive in Denmark, so expats may want to bring their own from home.

Danes endure the bleak winter months with the help of hygge. It is a cultural concept that can’t be directly translated into English, but refers to feelings of wellbeing or togetherness. Hygge can be different things like enjoying the company of family and good friends, or having a warm meal. Christmas, which occurs right in the middle of the dreary winter season, is the main time for hygge in Denmark. The city streets and popular places like Tivoli Gardens come alive with lights during this time. Candlelight is commonly used to promote a cozy atmosphere, and you will see candles in restaurants, bars, and even offices.

Have you moved to Denmark? How do you deal with the climate there? Share your thoughts in the comments.