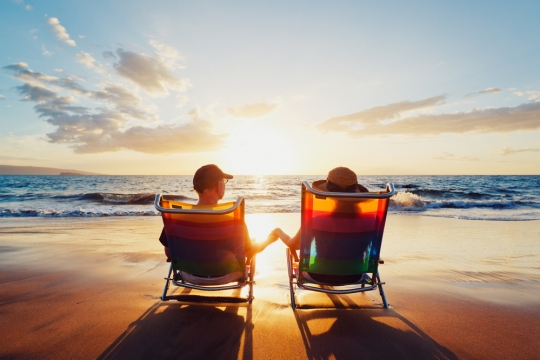 A study ranked Ecuador as the number one country for holiday makers and expats alike to make friends with local people and seamlessly blend into the community. The most obvious place to settle down in the country is arguably Cuenca, the capital of Azuay Province. At the end of 2017, an estimated 5000 expats called this city their home. Cuenca is listed as a Unesco World Heritage Site thanks to its historical architecture. The city was not properly connected by road with the rest of Ecuador until the early 1960s, which helped preserve its architecture and traditions. There are shopping centers, cinemas, several hospitals, big food stores and many restaurants to satisfy every pallet in the city. All of this comes at a very reasonable cost in comparison to many European cities.However, if you don’t like to go for the obvious choice, don’t worry. There are plenty of other places that could take your fancy.

Salinas
If you like your amenities on the doorstep, then Salinas is the place for you. You will find modern apartment buildings, bars, restaurants and a regular bus service to Jose Joaquin de Olmedo International airport here. The location also benefits from a clean, sandy beach with calm waters.

Playas
Located on the south coast of the Santa Elena Peninsula, Playas looks like a compact version of Salinas. This area has transformed from a small fishing village to a major tourist attraction. There are a number of properties currently under construction here, with many more at planning stage. True to its roots, Playas is also known for its seafood cuisine.

Ballenita
Situated at the start of the Santa Elena peninsula, Ballenita may be the fastest growing expat community in Ecuador. Previously overlooked in favour of Salinas, Ballenita is now starting to get noticed. This area is undergoing some major regeneration and property prices are still pretty low, so it deserves a second look. It boasts a long sandy beach with a quite a few attractive properties alongside the cliff. However, do be warned, they are also a number of rundown and shabby looking houses scattered there.

Ayampe
Are you on the hunt for a quiet beach with a tropical backdrop? Then look no further than Ayampe, where the beautiful beach doubles as an access point to the Rio Ayampe trail, a walk through the stunning rainforest along the Ayampe River. Should you feel particularly energetic, you could hike for 15 miles over the hills to Puerto Lopez. The town has many great places to stay, and several small restaurants as well as a great feeling of community between local people and expats.

Crucita
Another option for a tranquil existence is the town of Crucita. This is a small fishing town where not much happens. For any major purchases, you will need to venture out to Manta. Despite this, there is a rapidly growing expat community here. People who settle here are those who wish to get away from all the hustle and bustle of the big city.

Manta
Located in the Manabí province, Manta is the fifth most populated city in Ecuador and largest commercial fishing port in the world. Because of this, it has an industrial feel. There is a well-established expat community here, made up from both working and retired people. Due to a large number of workers coming to Manta in search of employment, you might struggle to find a bargain when house hunting. Another factor that may influence your decision is the new oil processing facility being built near the city.

Olón
This is another option for those who prefer to surround themselves with peace and quiet. If you like modern buildings and high-end establishments, then Olón is not for you. What this place offers is a serene and relaxing atmosphere, lovely beach houses and a beautiful setting that can bring out the nature lover in you.

Montañita
In contrast to the tranquility of Olón, Montañita is known as the party central of Ecuador, where every hour is happy hour. It attracts a constant stream of tourists and is bursting at the seams during the holidays. There are music venues, hotels to suit every budget and a multitude of bars and restaurants. If this is not your idea of fun, then you might want to give Montañita a miss!

Puerto Lopez
Puerto Lopez is a small fishing village that is home to around 16,000 people. The village is set in the middle of a crescent bay and has an amazing backdrop thanks to the jungle-covered hills. It’s also the headquarters of Machalilla National park. In Puerto Lopez, fishing is big business. This is also a popular place for whale watching, so expect to see an influx of tourist between June and September.

Santa Marianita
If you’re looking for the best of both worlds, give Santa Marianita a look. Located about 30 minutes south of Manta, this beach community is developing quickly whilst managing to keep its peaceful setting. On this beach, you have a choice of homes, new-built apartment buildings and land available for purchase.

San Jacinto/San Clemente
There is a reason these towns are listed together. Over the years, they’ve expanded and grown so close, it’s nigh on impossible to tell where one ends and another begins. They have a time capsule feel and can give you a pretty accurate idea of what a typical beach resort in Ecuador looked like 30 years ago.

It may be hard to pick the best reason to retire in Ecuador. It’s a beautiful country with low cost of living. In addition, the local healthcare system deserves a mention. Most of the doctors are trained in the US and most hospitals in major cities are well equipped. Residents have the right to access the public healthcare but can also get comprehensive medical insurance for 70 USD per month. This guarantees full coverage, regardless of age and any pre-existing medical conditions. Wherever you decide to settle down in Ecuador, we wish you luck in your new home.