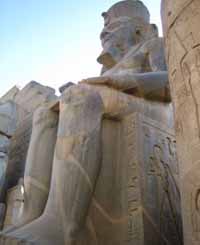 Expats have been concerned about safety in Egypt ever since the Arab Spring began in 2011, when anti-government demonstrations erupted and a violent unrest took hold of the country. This resulted in an exodus of many tourists and expats. Although the situation has stabilized since then, civil unrest continues to manifest itself now and again. The country witnessed peaceful elections in early 2012 and a new civilian president assumed office later that year. But the competition between the civilian political parties continued to drive instability and the elected president was ousted by the military in 2013.

Civil unrest is tied with factors such as poverty, unemployment, high prices and scarcity of basic goods. There also exists tension between religious communities, resulting in periodic communal violence.All of this combined has created an atmosphere of instability in Egypt.

Cities in Egypt have a moderate crime rate, although cases of armed crime like carjacking and bank robberies have increased in recent times. Kidnappings have also occurred, although foreigners are rarely the target of these crimes, with most of them being ransom cases involving the locals. Pickpocketing, bag snatching and opportunistic theft are a concern for the authorities. Rising poverty and unemployment due to political volatility has triggered an increase in petty crimes. Crowded areas such as markets, tourist areas and transport hubs are more prone to such instances and these are also places frequented by tourists. Women in Egypt are sometimes the victims of sexual harassment, which can include verbal as well as physical harassment. Egyptian society is well aware of the problems that women face and the subject has been debated a great deal in recent years.

The Sinai Peninsula remains largely lawless till date. This 61,000 square km area sitting between the Mediterranean Sea and the Red Sea witnessed terrorist attacks in 2004 and ever since has seen increasing radicalization of the local Bedouin population. After the protests in 2011, security forces based in the peninsula also came under attack from the militants and the government has been unable to effectively bring the area under control. The major resort areas like Sharm El Sheikh have a heavy security presence, but travelling beyond these tourist areas carries a risk. In the Sinai Peninsula, kidnappings have involved tourists wherein the hostages are held until the kidnappers receive concessions from officials. In all such cases, the foreign kidnap victims have been unharmed.

To stay safe in Egypt, it is necessary for expats to exercise a degree of caution. It is advisable to avoid carrying many valuables and also to refrain from venturing into troubled areas alone. Women are often advised to travel in a group instead of walking alone, especially at night. Women should also be careful in public transportation and should avoid engaging in conversations, apart from basic pleasantries, with the driver. Foreign women often prefer to dress modestly when out in public, making sure to cover their shoulders and legs, so as to avoid drawing attention. However it must be noted that even local Egyptian women who adhere to the general dress code still have to face instances of harassment from men.

Protests have become commonplace in Egypt, and the hotspots for these demonstrations are usually public places such as public squares, city centers and outside government buildings. It is common practice to publicize these protests in advance, and it’s a good idea to check the local press for updates so that one can be prepared for the chaos and unrest that usually accompanies such events. It is important to be aware of one’s surroundings and to move quickly away from areas where there are disputes. Another problem that many affect expats is the labor strikes that can adversely affect business operations.

Expats need to avoid giving out any personal information unnecessarily, although they should of course have their identification documents with them at all times.

One of the leading causes of death in Egypt is road traffic fatalities. Some of the reasons for this include insufficient law enforcement, poor traffic conditions and disregard for traffic rules. Pedestrians may also be at risk, especially in crowded urban areas, and they must exercise caution when crossing the streets, as drivers do not always obey the traffic laws.