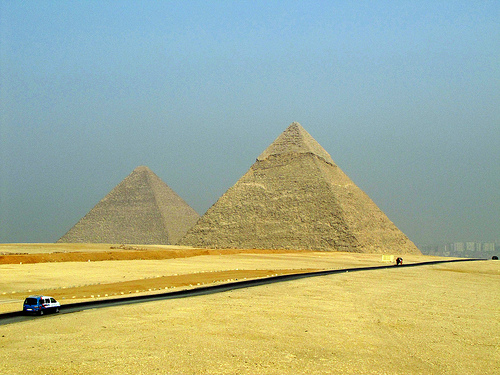 Egypt has long been a popular tourist destination in the Middle East. Its rich cultural heritage and natural beauty, combined with its modern-day development and large, diverse economy have made it a great place to visit.

Unfortunately the frequent political tension has made it a less than ideal expat location, apart from of course affecting tourism. More recently, since the events of the Arab Spring in 2011, Egypt has once again been in a state of almost constant political turmoil.In the last few years, foreign tourists and expats alike have been affected by violence, along with the hundreds of Egyptian citizens who have been killed, injured, or otherwise traumatized.

Nonetheless, according to the British government, more than 900,000 British nationals visit the country each year, and most of them encounter no trouble. There also remains a sizable expat population in Egypt, not just from the UK, but from all over the world. While most of these people are able to live peaceful lives, there is always the danger of finding yourself caught up in a political demonstration or some kind of violence.

In addition, there are cultural factors that make Egypt somewhat difficult for women. There is also the traffic to consider – the low level of road safety in the country means that in spite of all the political and other violence, road accidents are the biggest killer.

Here are a few tips on how to stay safe as an expat in Egypt.

Learn Arabic: The more fluent you are in the local language, the easier it will be for you to understand what’s going on around you and to ask for help if necessary. However, complete fluency isn’t essential. If you feel that’s more than you can manage, make it a point to at least pick up a few basic words and phrases.

Drive carefully and defensively: Road safety is extremely poor in Egypt – traffic laws are ignored, roads and street lighting are not well maintained, and most drivers tend to be careless or even aggressive in their driving. Being a stickler for the rules is impossible here – you’ll only get yelled at – but don’t go to the other extreme and start driving like a local either.

Be cautious even as a pedestrian: Traffic fatalities don’t always affect only drivers and passengers. Often, pedestrians get the worst of it. Always be alert and keep an eye out for traffic, not only when you’re crossing the road, but also when you’re simply walking down the street.

Use public transport when you can: Avoid the microbuses and minibuses – they tend to be poorly maintained and recklessly driven. However, rail transport is safe, and Cairo in particular has an excellent Metro system.

Avoid areas that are affected by demonstrations: Even if a demonstration is peaceful, there’s no telling whether the mood will change and turn violent. As an expat, the wisest thing to do is to stay away.

Carry valid photo ID: This will be useful if the security forces stop you or if you need to ask them for help.

Dress conservatively: Especially if you’re a woman, it’s advisable to cover more skin than you normally would (in spite of the heat) and avoid clothes that make you conspicuous as an outsider. Dress codes are more relaxed in the tourist and expat areas, but always carry a scarf, so that if the need arises, you can cover up some more.

If you’re a woman, avoid travelling alone: It’s best to travel in groups. Of course, this isn’t always possible, so if you’re alone, make it a point to carry yourself with confidence, and avoid isolated areas. And if ever you are in the unfortunate situation of being harassed or assaulted, shout for help and at the attacker – make a lot of noise! People are usually willing to help, and if you make it clear that you’re in trouble, they will come to your aid.

Avoid travelling across the country, especially by road: Kidnappings and other crimes are known to occur in the interiors of the country and some of the border regions. If you must travel within Egypt, do so by air wherever possible.

Have you lived in Egypt as an expat? How did you find the experience? Let us know in the comments.