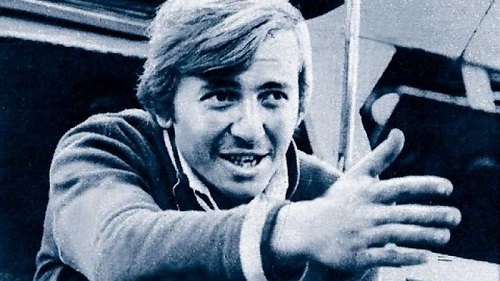 Vello Vikerkaar. Canadian Army veteran (non-combat), rock band drummer (talentless), and writer (above average, I’m told).Where, when and why did you move abroad?

Like any middle-class kid in suburban Toronto, I wanted to get the heck out of Dodge. It’s a first-world problem, I know, but that was my reality at the time.

Mostly cultural. The image of Estonia that had been sold to me by my Canadian relatives was something that resembled an Astrid Lindgren Pippi Longstocking tale from rural Sweden. Of course, I knew that the Soviets had gotten drunk and trashed the place, but the extent of the damage was simply impossible for an outsider to fathom. If you take a Finno-Ugric culture, put it in a bag with the Soviet brand of socialism, shake for 50 years, then what you get is not at all Pippi Longstocking. Unless you were here for it, which I wasn’t, I don’t think you can really ever comprehend the depth of damage that the Soviets were able to do.

Since Estonia joined the EU the place has been flooded with expats. Mostly EU people, though, since Estonia, in an effort to defend itself from Russia, isn’t so open to third-country nationals.

If you are not poor, and if you’re willing to take responsibility and initiative, the quality of services (e.g. healthcare, transportation) can be quite good. The quality of life is superior to many places in the west, and with the exception of overpriced real estate and coffees that cost close to three euros, it’s not that expensive. If you have the possibility to travel semi-regularly, in order to be reminded that there are other places and cultures on earth, then Estonia is a really good place to live.

As I get older I miss my own culture – Canadian. Those who aren’t Canadian probably can’t appreciate not having Tim Hortons, but those little things mean a lot. Also, there isn’t a great bookstore here, unfortunately.

World view. For your average Torontonian the glass is half full. For your average Estonian it’s half empty. I’m careful to say “average,” and I would point out that the newer generations of Estonians are pretty optimistic.

I came to Estonia, at least in the beginning, for adventure. If you’re looking for adventure, then I think Eastern Europe is no longer the place to find it. Go to Asia, I suppose. Learn Mandarin. Or go to the United States, because I anticipate that in a few decades Europe, if it doesn’t go to war with itself, will be sending foreign aid to the US. The US is a real mess, and the quality of life in America, with the exception of a few cities, really isn’t getting any better, at least as far as I can determine. No offense, American friends, but you only have to look north to see how a country, one full of gun nuts just like you, can be properly run.

I’m going to hole up here a few more years and then return to Canada. Estonia’s a great place to live but I don’t want to die here.

You can buy a copy of Vello Vikerkaar's book, Tantra Man, on Amazon.