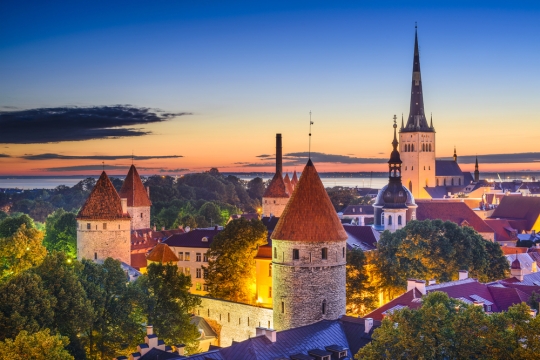 At Expat Focus, we like to be on the lookout for resources around the web that could help prospective expats adjust to their new countries. Today, we’re taking a look at Estonia and some of the social media accounts you should be following if you’re thinking of moving there.Diplomatic Expat Community and Estonia Society Association (DECESA)
Facebook Page
This community warmly welcomes new expat members, and aims to bring together diplomatic and expat families in Estonia, introducing them to locals. The DECSA holds regular meetings, excursions and lunches. Upcoming event information is posted to its Facebook page alongside book club reads, practical tips for those new in town, and english language news articles.

Expats in Tallinn / Estonia
Facebook Group
A group connecting expats in Tallinn for in-person meetups. They’re all about sharing settling-in advice and recommendations, and stories of Estonian life. Anything goes in this group discussion-wise within reason; so go wild with your buy / swap / sell posts and new business promotion.

Estonian World
Facebook Page | Twitter
This is the most popular English-language web-magazine about Estonia and Estonians. Posts to Estonian World’s social accounts focus on cosmopolitan Estonians and their views, ideas, experiences and achievements around the globe. Follow to read about Estonia’s successes in science and technology, business and the arts.

Expat in Estonia
Twitter | Instagram
A young woman ‘made in Romania’ and formerly of Denmark, now an expat in Estonia. Her social media accounts give you a glimpse into her daily life with plenty of eye-catching photography. She also shares local news, and has tips for fellow expats and visitors to Estonia on places to see and how to navigate the various cultural nuances.

Being Estonian
Facebook Page
What does it mean to be Estonian? What are the cultural quirks and identifiers for locals? What about famous Estonians throughout history? This is a fun Facebook page for both Estonians and expats to talk about growing up Estonian, being Estonian, living Estonian or just wishing you were from the country.

Foreigners Living in Estonia
Facebook Group
A group for expats who want to learn about Estonia and hang out with new people. Among the more than 3,000 members are Estonians who want to practise languages and learn about different cultures. A great group to join particularly if you’re looking to find a language exchange.

We’re always on the lookout for more accounts to feature – if you write about living in Estonia on social media, leave us a link in the comments and we’ll take a look!