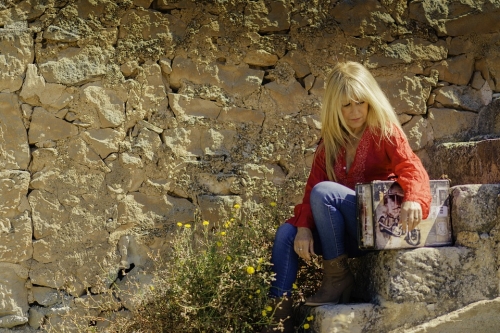 This simple list of some of these financial errors made by expats will help prepare an expat for their new life experience.

Most expats will need to pack up and move most of their personal belongings to their new home and will need to put together a budget and stick to it.The question of moving costs is not simply shipping belongings to a new home, which can be more expensive than many expats are expecting, but there are also one-off and fixed costs that expats should really budget for. These include administration costs and legal expenses for renting or buying a property, having to pay local taxes or even having to stay in a hotel while their new home is being prepared.

Unfortunately, this is probably the biggest financial mistake an expat will make, particularly for those who are moving overseas for the first time. Many expats underestimate how much the new country will cost to live in.

This means the expat’s budget plans will receive a blow and affect how much they can actually spend while in their new country.

There are two elements to the problem of budgeting. In addition to the cost of living, which may be much more than an expat is planning for, there’s also the issue of exchange rates.

For many expats, this will not be an obvious issue to consider but many people will come unstuck should they need to make regular payments of bills or a mortgage in their home country while being paid in a different currency.

There are ways to mitigate this by fixing an exchange rate with a currency trading platform or using an offshore bank account, but expats need to be realistic that the currency exchange may go against them which means they will not have as much money to spend as they had been planning on. Obviously, the currency may also swing the other way and deliver an unexpected financial bonus.

Living on a budget

Which brings us nicely to the question of living beyond our means! When moving to a new country it is undoubtedly an exciting time and many expats will fall into the ‘holiday’ mindset and be spending money on going out to restaurants and attractions while absorbing the culture and getting to know their new country.

However, it’s important to remember that the expat is not living there as a holidaymaker and should restrict how much money they are going to spend. It’s also a good idea to have an emergency fund available should they run out of cash, but this money should only be touched in an emergency.

As part of their research, expats should appreciate what local taxes they will be paying, and appreciate that some countries have unusual taxes in place.

Expats moving to Europe for work may find some of the tax regimes are harsh and some of the taxes wide ranging – such as high rates for capital gains or for income tax – while some countries will tax the expat on their worldwide wealth.

Indeed, it may be a good idea to find a financial adviser who understands the tax system in both the new country and the expat’s home country – this is particularly helpful for US expats who will still need to file a tax return even when living overseas.

Having mentioned the issue of meeting tax obligations in the expat’s new country, the expat should also remember to inform the tax authorities in their home country that they are moving overseas.

For UK expats, they need to inform HMRC that they have non-UK status and they should not be changed for taxes they do not owe. The tax situation will vary from country to country so the expat should, again, take professional financial and tax advice on the subject.

In addition to telling the taxman of the expat’s new location, the expat should also inform their pension fund provider and, if possible, maintain their contributions to it. They may find it more cost-effective to set up an alternative pension scheme while living overseas, but this will depend on individual circumstances.

Expats from the UK who are planning on working overseas for several years and then returning to the UK may find it worthwhile maintaining their National Insurance contributions so they can draw a state pension when they retire. For those expats who have no plans to return to the UK then they may need to consider QROPS, or Qualifying Recognised Overseas Pension Schemes.

To help save money and make life easier in the new country, it’s a good idea to set up a bank account to help pay for various things including utilities and rent; many employers may also insist the expat arranges for a new bank account so they can pay their salary.

It’s also a good idea so they will not be paying unnecessary and expensive bank charges for running a bank account in their home country while living overseas.

Among the financial checklist for an expat moving overseas is to check the small print of their life insurance cover, since most policies will provide no cover or only offer limited cover when the insured is living overseas.

The expat should ensure that they have a life insurance policy that meets their needs while living and working overseas, and this will also extend to providing private medical insurance, critical illness and serious accident cover as well as some level of financial protection, including family income benefit.

All expats in their new home country should prepare for the worst as part of the process of checking life insurances and it’s also worthwhile getting good healthcare insurance cover; the expat should be prepared for it being an expensive purchase in many countries.

Also, expats should be aware that many countries insist on mandatory healthcare insurance cover. Not having it could be an expensive mistake to make and could, in some countries, lead to them being deported.

One of the main aims for moving overseas to work is to enjoy a different lifestyle while earning more money than the expat would do in their home country.

This also means it’s a great opportunity to save up and adequately plan for their retirement; by not spending so lavishly while living overseas, an expat will be able to enjoy a better retirement.