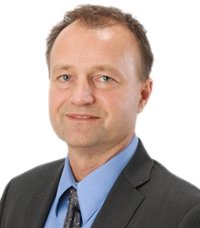 You have worked hard to build a nest egg and would like to invest your money in order that it work for you to provide for the lifestyle you desire; but while searching for investments or investment advisors you find it difficult to know who to trust or which investments might be appropriate for you. Many people find themselves in this situation and some end up being taken advantage of by smooth-talking sales people masquerading as investment advisors.

In this article I highlight three scams we have seen over the years and point out warning signs to look for so that you are not caught unawares. This list is far from comprehensive so if you are uncertain about a prospective investment then I invite you to contact me directly and I will evaluate it for you, often at no charge.Scam #1: The Boiler Room Sales Person

Suppose someone called you on the telephone saying he was an investment advisor and wanted to give you some free investment advice so that you could evaluate his effectiveness. Suppose he called you once a month for five months and each time gave you one stock to buy or sell that month and each month his advice worked out – when he told you to buy the stock he picked for that month went up, when he told you to sell it went down. After five months, or maybe less, you might be willing to entrust some money to him to invest on your behalf and if you did this you would likely find that the 100% track record he had in the past did not continue.

Let me explain how it is possible for someone to give you perfect investment advice for five or more months in a row: There is a person sitting somewhere with a telephone and a list of numbers they purchased from firms that supply leads. He spends his day on the telephone and let’s say he spends about 10 minute on average with each prospective target. This means he can call 6 people per hour, about 50 people a day, and 1,000 people per month. So in the first month he calls 1,000 people and tells 500 people to buy a certain highly-volatile stock and 500 people to sell the same stock. One month later, the stock will have gone up or down and he calls only those 500 people to whom he gave good advice. He repeats the drill the second month with a different stock – 250 buys and 250 sells. The third month he is down to 250 people who have received good advice two months in a row. And so it goes, by the fifth month he has about 30 people left who have received five correct investment recommendations in a row – you might be one of the “lucky” 30.

Clearly this is just a numbers game and there is really no investment advice or superior knowledge being conveyed.

Most people are now familiar with the name Bernie Madoff and the scam he pulled on $50 billion dollars worth of clients’ investment money – much of it held by sophisticated investors. However, many people are still unaware how he pulled it off and what should be learned from this case in terms of protecting yourself from such scams – so let me summarize in a nutshell.

There are three issues of note in the Madoff scam. The first is that Madoff’s firm was not only an investment advisor but also had custody of his clients’ funds. This means that they could control the investment of the funds and also control the reporting of investment returns, account balances, and so on – so they were able to get away with generating false statements. Many investment advisors have independent custodians unrelated to their own firm and clients get statements directly from these custodians so this type of shenanigan is not possible. Those advisors who do maintain custody of client accounts are supposed to separate their custodial services from their advisory services.

The second issue is that the investment returns Madoff reported to clients weren’t realistic. He showed an almost uninterrupted consistent good return month after month, year after year. This is simply unrealistic when dealing with assets that have some volatility attached to them such as stocks and other non-guaranteed investments. Madoff’s explanation was that he was hedging out the volatility using derivatives. This explanation was unbelievable for two reasons: First of all, if we could hedge out all volatility and still get a good rate of return then everyone would be doing it; and secondly, the amount of derivatives he would have needed for $50 billion worth of client money simply isn’t available in the market.

The third issue is that Bernie Madoff had established himself in certain high-end circles and his clients came from referrals. The moral of this story is to do your own due diligence and don’t necessarily trust the advice of your friends who perhaps haven’t done any due diligence themselves.

Allen Stanford was a well-regarded Texan banker with operation on the US mainland and through his bank in Antigua. In 2009 a number of fraud charges were alleged by the US Securities and Exchange (SEC) and the trial is on-going.

Stanford’s bank had been offering Certificates of Deposit (CDs) to investors that were yielding 7% or more during a time when other such instruments were yielding maybe 3% due to very low interest rates. The SEC alleges that these CDs were simply part of a massive Ponzi scheme.

A Ponzi scheme works this way: First, some sort of amazing investment return is promised in order to entice people to put their money with the advisor. Second, as new money comes in some investors actually realize the promised returns, not because of good investment results, but because they are being paid from the new money coming in. The fact that some people actually realize the promised results brings credibility to the scheme, word gets around, and more people invest. Finally, the scheme collapses at some point when more people want to take their money out than can be sustained by the amount flowing in from new clients (and of course the advisor has also been stuffing his pockets in the meantime).

The Madoff scheme was a Ponzi scheme and the same is alleged of Allen Stanford and his CDs. The bottom line is: If it is too good to be true, then it probably isn’t true – investor beware.