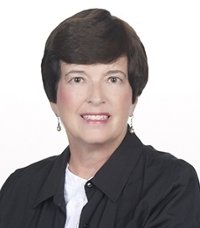 Marian Wellman specializes in income tax services for US expatriates living in other countries and foreigners living in the US. She has been an Enrolled Agent (Certified to Practice Before the IRS) since 1985 and is a member of the Tax Advisory Board and a Country Representative for American Citizens Abroad. Click here to send Marian a no-obligation enquiry for US tax advice.

Many people who move overseas for a new job or to retire may be under the impression that they are no longer responsible for filing American income taxes. It’s a (somewhat) reasonable assumption. There are 194 countries in the world, but only two of them require that their citizens declare income from anywhere world-wide (citizenship-based taxation), rather than just paying taxes on income where it is earned. And, you guessed it, the United States is one (Libya is the other, but even that could change with their political situation).Simply put, Americans must continue to file tax forms no matter where they reside in the world. The main exception to this would be if their income is below the statutory amounts required to file, which is basically the standard deduction amount plus one exemption, $9,350 for 2010. Even this income level could require filing a return if the taxpayer has stock sales (even at a loss, since the gross amount received would all be considered profit until filing a Schedule D); has self-employment income (self-employment taxes required for a profit of $400 or more), or some other circumstances.

Also, the IRS has in recent years added more forms that are required by residents overseas, many of which most expats may not be aware of. In some cases, these include forms that have been on the books for years, but have only recently been enforced by the IRS. So here is a list of requirements to keep in mind:

1. Not a “form ” per se, but one requirement is that US tax laws apply to US citizens, but also to dual citizens and to green-card holders. In the case of dual citizens, there may be cases where they were born to one American parent and one foreign parent, may have never obtained a US passport or even set foot in the US, but their citizenship does require them to file US tax forms. [This is not the same thing as saying they will have to pay US taxes, but it does create a duty to file the forms.]

2. You do have to file a 1040 tax return, and include Form 2555, to exclude income earned overseas. There are certain requirements to be met, and limitations of amounts that can be excluded, but this exclusion is not “automatic” just because you are working overseas. This may mean filing many back returns, which could end up owing no taxes, but the IRS does reserve the right to deny the Foreign Earned Income Exclusion if it is not filed on a “timely” basis. Basically, you have to comply with the rules before they come looking for you, and it is better to file back returns to keep yourself in compliance. If you are self-employed, you will still owe self-employment taxes on your net profit, just not regular income taxes to the US, again calculated through the Form 2555.

3. Americans with financial accounts overseas may have to file the Foreign Bank Account Report (Form TDF 90-22.1) if they have any account (bank, securities, annuities, currency accounts, etc.) valued at $10,000 in the aggregate of all accounts, using highest value at any time during the year. This is for any account over which you have ‘signatory power’, including a corporate account, signing as an officer of a charity, joint accounts even with a non-US citizen, plus all personal accounts. This is a form separate from the tax return, is due by June 30th each year with no extensions for time, and is sent to a Detroit address. There is also a box on Schedule B, Interest and Dividends, which should be checked, and the country for the account(s) listed. If you have an account under $10,000, you are only required to check the box but not file the FBAR.

4. Do you have an interest in a foreign business, such as a partnership or foreign corporation? There is Form 5471, Information Return of U.S. Persons With Respect to Certain Foreign Corporations, that is required to be filed with your tax return. This is a complicated form, taking a foreign entity, often with a different currency and a different set of accounting rules, and putting it into American corporate return requirements. There is a possible $10,000 fine for not submitting these forms.

5. If you hold property in the form of a trust, Form 3520 is for reporting activities related to the trust.

6. The IRS has added a new form this year, Form 8938, Statement of Specified Foreign Financial Assets. A total value of foreign assets as low as $50,000 can trigger the requirement to file this form, if not already covered by other forms mentioned above.

As you can see, there may be more requirements than just a Form 1040 Tax Return. If you have recently moved overseas, you may owe a state tax return to your former home for the part of the year you lived there. Living outside the U.S. does allow you an automatic extension until June 15th to file your tax forms, but only if you do not owe any money. A formal extension (lasting until October 15th) and any money owed must be submitted by April 15th, or the clock will start running on interest charges.

Complying with American tax requirements as an expatriate can be a complicated business, and it is highly recommended that you seek professional help to make sure you are submitting all forms required by those living overseas.

Marian Wellman specializes in income tax services for US expatriates living in other countries and foreigners living in the US. She has been an Enrolled Agent (Certified to Practice Before the IRS) since 1985 and is a member of the Tax Advisory Board and a Country Representative for American Citizens Abroad.

Click here to send Marian a no-obligation enquiry for US tax advice.