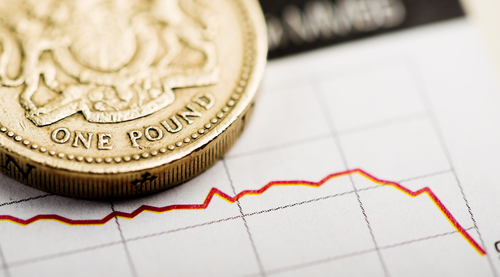 There have been a lot of fast developments in Brexit, and some prolonged periods of little progress too. When the latest news story hits, it can make or break the Pound, but what’s really going on with Brexit and what does it mean for your exchange rate?

Why politics matter to markets

There are a number of reasons why politics can be such a huge influence in markets – but the main one is uncertainty.One of the reasons general elections create such volatility is because it’s uncertain what impact a new government would have, or what differences the existing government might implement.

Why is Brexit different?

After the Brexit referendum, the Pound sank by 20%. Not only was the outcome unexpected, but it also put the UK on an unknown path where its economic future had become very unclear. Many economists had forecast the UK to fall into recession shortly after the vote because it was expected that economic growth would be hit. However, the UK economy was relatively resilient, even if the Pound wasn’t.

If a Brexit deal had been agreed upon sooner, it’s possible the Pound could have returned to strength and the economy would have rebounded, but in the first quarter of the year, economic growth is stumbling, and the Organisation of Economic Cooperation and Development (OECD) has warned that a no-deal Brexit would push the UK economy into recession—something that wouldn’t offer the Pound any favours.

What does Brexit mean for the Pound?

In recent weeks, the Pound hit seven-month highs against the US Dollar (GBP/USD), and two-year highs against the Euro (GBP/EUR). Sterling’s also achieved a nine-month pinnacle against the Canadian Dollar and a 33-month high against the Australian Dollar. The reason Sterling gained was speculation that a no-deal Brexit will be avoided, and Article 50 will be extended.

However, while an extension may seem like a good idea—and beneficial for negotiations to find a workaround for the problematic Irish border backstop issue—it risks running the economy off a cliff-edge later in the year if no deal can still be agreed. Bank of England (BoE) Governor Mark Carney said: ‘There’s a big difference between an extension of Article 50, even a long extension, and an agreement with a transition to known end stage. Wherever we’re headed, it would serve the economy well to have a transition period to that new world.’

What can we expect moving forward?

Whatever happens with UK politics, it’s likely the Pound will experience a significant amount of volatility in the coming months. If a deal is secured and markets expect a soft Brexit, the Pound could rally significantly. Meanwhile, if a no-deal Brexit appears to be likely, Sterling could drop rapidly. While the British currency may not have recovered to the levels seen before the referendum, there’s potential for it to strengthen if Brexit appears to be under control and the economy can begin to rebound.

If the possibility for a Brexit cancellation arises, Sterling could also rally. Meanwhile, the possibility of a second referendum would throw more uncertainty into the mix and create more Pound volatility.