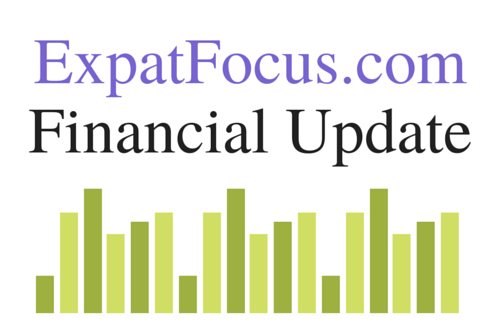 Expats around the world could see an average increase of 5% this year, says ECA International.

However, when real salary increases are analysed, the worldwide average is set to be 1.5%, which is a fall from 2016’s 1.6% average.Expats working in Argentina will see 27% salary increases during 2017, says ECA in their latest Salary Trends survey.

However, expats there won’t be feeling too flush since their wage increase in real terms will be just 6.5% because of a predicted inflation rate of 20.5% through the year.

Expats working in the UK will see salaries rise by 2.9% on average but because of the falling value of the pound, expats will be paying for higher living costs so the real wage increase will be around 0.3% in 2017.

That’s going to be the lowest real wage increase in Europe, where salaries are set to rise by 1.3% on average, with Russia topping the table with an expected increase of 3%.

Expats in the Asia-Pacific region will see pay rises of 2.6%, with the best country being Vietnam with a rise of 5.4%.

Expats in China will see pay rises of 7% though this will fall to 4.7% in real terms after inflation is factored in, while expats in Canada and the US will see real rises at 0.9% and 0.7% respectively.

Meanwhile, expats in the Middle East and Africa will see their real salaries increase by an average of 0.5%.

The best paid expats in the world are to be found in Switzerland, where they earn almost double the global average.

The revelation comes from HSBC which says that expats working in finance have claimed the top spot for the second year running.

A spokesman for HSBC Expat said: “Switzerland is ranked highly for personal and financial well-being with a combination of excellent work culture and high salaries to place the country at the top of the league table for expat careers.”

Those destinations are followed by India, Singapore and China with the US, UAE, Japan, Qatar and Malaysia making up the top 10.

However, Switzerland also tops the list for offering the best work-life balance and work culture, making it the most attractive destination for expats.

Other top expat destinations for successful and enjoyable careers overseas include Germany, Sweden, UAE and Norway. The top 10 is completed with Singapore, Austria, Hong Kong, UK and Bahrain.

The downside for expats living in Switzerland include the cost of living; one newspaper there has reported that food is around 70% higher than the average price paid in Europe, while healthcare expenses are double.

Expats looking for the best employment packages that include trips home, accommodation allowances and health benefits should head to the Middle East such as the UAE and Bahrain.

For expats wanting the best career development then Hong Kong and Singapore will top the list.

Most expensive places for expats to live in

Meanwhile, another survey has focused on an important consideration when contemplating an overseas work assignment: how expensive their new location will be to live in.

Now Crazy Tourist has revealed that the most expensive place to live in is Hamilton in Bermuda.

Their survey reveals that an expat will need to earn $4,769 a month just to survive, with high prices for essentials such as utilities and food. Eating out and renting a home are also expensive, as is Internet access.

However, while renting there is expensive, it is dearer in San Francisco and New York City, with expats in San Francisco having to spend more than 70% of their monthly salary on paying for their accommodation.

Next on the list is Geneva which ranks in fourth place for the world’s most expensive, but it is number one among European cities; London is the sixth most expensive place.

On the overall list, Hong Kong, Dubai and Singapore make the grade, as does Honolulu in ninth place, while Sydney takes the 10th spot.
The survey used crowd-sourced submissions to calculate how much it costs for an expat to live in a one-bed household close to a city centre and use public transport.

Most expensive countries for mobile phone use

While on the subject of how much it can cost for expats to live overseas, it’s been revealed that expats looking to use their mobile phone or tablet abroad will find the most expensive country to use it in is Canada.

That’s because carriers there charge the most for data usage while their customers do not actually use all of their entitlement.

The next most expensive countries are Belgium, Germany, the Czech Republic and the Netherlands.

British expats who are living overseas and who invest in property for rent tend look to buy homes in Greater London and the South East of England.

According to figures from Skipton International, around 40% of investors head to London while 25% opt for the South East and just 10% opt to buy in the south west and north west. 15% opt for the rest of England and Wales.

The finance firm reports that expats are increasingly investing in property as more mortgage products enter the market.

A spokesman for Skipton International said: “London’s property prices have increased significantly in the last few years which means capital gains have been attractive for investors but there are many reasons for British expats to invest in buy to let property and the long-term investment is the most important usually.”

According to newspaper reports, recruitment agencies from the UK are combing Spanish resorts for recruits to work in care with subsidised travel, free accommodation and good pay as incentives.

The recruits are being employed to care for the elderly and are jetting in for two-week work stints and have no, or very few, professional qualifications, with just a few days’ training.

The agencies say there has been a ‘huge increase’ in the numbers of British expats returning home to the UK from Spain to take up the work opportunities – some of which are paying £1,700 for two weeks’ work.

Young people take a dim view of the UK

A survey has revealed that young people in the European Union’s member countries think less of the UK after Brexit – but the UK’s image has improved among countries further away.

The findings come from the British Council, which is an international organisation promoting the UK’s cultural activities, and they questioned 20,000 people aged between 18 and 34 in 19 of the G20 nations.

Among EU respondents, 36% said the Brexit vote had had a negative impact on their perception of the UK for its attractiveness, while 17% said the vote had made the country more attractive for them.

Across all countries, around one in three people said Brexit had improved their perception of the country, with 21% saying the opposite.

The British Council says it needs to address the negative opinions among young people in Europe whilst building on the positive opinions expressed elsewhere around the world.

Expats from EU countries living in the UK will be heartened that the UK’s Joint Committee on Human Rights has warned the government that any attempt to deport 2.9 million expats from the country will be ‘impractical’.

The committee also warns the government from using expats as ‘bargaining chips’ and says the UK should still respect Article 8 of the European Convention on Human Rights when the UK leaves the European Union to respect the rights of EU citizens.

Saudi Arabia has published plans to further reduce its public spending budgets even after it has slashed wages for officials and cut energy subsidies.

In its fiscal balance plans for 2020, the government is warning that without dramatic measures there will be ‘dire consequences’.

In the report, the kingdom makes plain that government spending will need to be reduced by least 40%, the government’s wage bill by a similar amount, and government retirement benefits will also decrease.

If no further action is taken then the government would need to reduce capital spending by around 90%.

In its plans, the kingdom says it will need to reduce gas and water subsidies – with a view to phasing all them out.

There’s also a plan to raise taxes, including the cost of visitor visas and municipal taxes.

From late 2017, the government will also introduce tax on what it deems to be harmful products, including tobacco and sugared drinks, with VAT introduced from 2018.

However, the kingdom has also announced that there are no immediate plans for taxing expat remittances, with many workers fearing a tax between 2% and 6% on money they send home.

Expats working in Africa can expect their salaries to increase in 2017 after a poor performance in 2016, according to a survey.

The findings come from HR consultants Globe 24-7, who say that 75% of employers are looking to boost salaries for expats there.

A spokesman for the firm says there have been big drops in expat wages, particularly for new hires, and many employers have brought in dramatic cost reduction measures.

He added: “This is the first time in three years that we can report positive sentiment is returning with 75% of our survey participants saying they will implement salary increases during 2017.”

However, the employers point out that the increases being forecasted will be, on average, a modest 2% though around 60% of expats said they received no salary increase during 2016.

There are now 400,000 US expat retirees living overseas, say the US Social Security administration.

The most popular countries for US expat retirees to head to are Canada, Japan and Mexico, with Germany and the UK making up the top five.

The number one reason for moving overseas is a better cost of living. Financial experts say that many expats find hiring locals to do their laundry and cook and clean is also a cost-effective measure in many countries.

Indeed, between 2010 and 2014, the country that saw the biggest rise in American retirees is Japan with a 42% growth and low-cost healthcare.

A leading politician in Kuwait is demanding that 1 million expats be deported amid growing fears they constitute a problem for safety and society. Most of these are expats without jobs or a valid work contract.

The International Monetary Fund has once again warned Gulf states about their plans to introduce taxes for expat remittances. The IMF says such a move will have a negative effect on the entire region’s economy and the economic benefits will be not worth the trouble from generating 0.3% of the region’s economy.

Qatar has now activated the e-gate services for expats living in the country for their passports and ID cards. The gates at Hamad International Airport mean the self-service devices enable expats to progress more quickly through the passenger terminal.

Bangladesh says the amount of money being remitted by its expats has seen another fall; it’s dropped by $1.3 billion in 2016. Most of the fall is down to cutbacks in countries among the Gulf Cooperation Council who have reduced the hiring of Bangladeshis for construction work.

Expats planning to buy an apartment in Kuwait will not enjoy privileges including the right to residency, says the government about its upcoming plans. The idea of allowing expats to buy property will, say supporters, create job opportunities for young people in Kuwait and boost the country’s economy.

Bangladeshi expats now outnumber all other nationalities in Oman, according to government statistics. For years, most expats in the Sultanate have been Indians, but Bangladeshis now outnumber them.

Five MPs in Kuwait have drafted a law that calls for a substantial reduction in the number of expats living in the country. If the measures being proposed for the next five years are taken up, around 800,000 expats would be asked to leave the country and all new recruitment planning will be suspended.

A campaign has been launched to encourage Pakistani expats to invest in their home country and talks are in progress about various incentive schemes to encourage such investment.