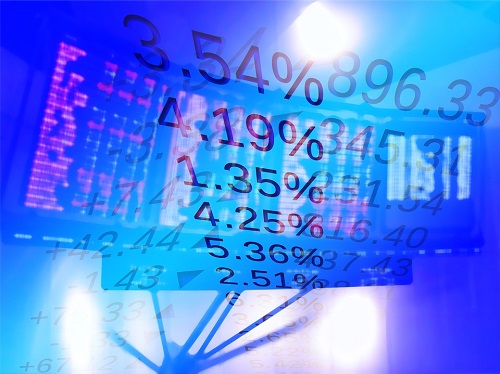 Most British expats in EU fear for their future

A survey of British expats living in the European Union has found that 80% fear they will be deprived of the right to live in their new country.

The survey of 5,000 citizens was undertaken by the Liberal Democrats and reveals that the expats’ automatic right to work in another country is their number one issue.Expats are also worried about access to healthcare and pension benefits and issues that may limit their right to continue living in their new EU country.

Expats in France and Spain said along with the right to reside in their country of choice, their next most important issues are automatic pension increases and S1 healthcare concerns.

The survey also revealed that for expats living in Denmark and Belgium, the right to reside is their number one concern, followed by their right to work and their right to freedom of movement.

The chair of the Liberal Democrats group in Brussels, Laura Shields, said:
“Politicians in the UK must accept the right to reside is not the same as the actual ability to stay.

“Losing EU citizenship will bring practical problems for British expats in the European Union which cannot be fixed in a residency deal with the EU. The UK government must think this through properly.”

The British Prime Minister Theresa May has repeatedly said she is keen to strike a deal over the rights of EU expats in the UK as well as British expats in Europe before negotiations for Brexit begin.

Meanwhile, the Mercer’s workforce monitor has revealed that some of the UK’s industries are more reliant on EU workers than others.

For instance, around a third of food and accommodation workers are from overseas as are 23% of those in manufacturing and 20% in transport.

Growing numbers of US expats living in the UK are declaring their offshore assets to the US taxman, says one firm dealing with worried American clients.

According to US tax specialists Bambridge Accountants, they have seen four times the number of American citizens looking to declare their UK assets to the Internal Revenue Service (IRS) for the first time.

This comes after President Obama’s administration in 2012 unveiled an amnesty thought to be so generous that it would encourage expats to come forward voluntarily to disclose their overseas assets.

However, US expats are now worried that President Donald Trump may be looking to bring this tax amnesty to an end.

Under the amnesty, which is known as the Streamlined Filing Process, expats can rectify their tax status with no penalties even though they may have lived overseas for many years.

They can then pay taxes owed on assets declared for the last three years.

Also, under America’s Foreign Account Tax Compliance Act (FATCA), UK banks with American customers must notify US tax authorities of the assets held by their US customers.

A spokesman for the firm said: “Despite the generous amnesty, the take-up among the UK’s 200,000 expats was modest.

“In the first three months of this year we have handled, on average, four applications every day from Americans based in the UK keen to settle up with US tax authorities. This time last year, we saw, on average, just one every day.”

He added that the amnesty is only available to those expats who contact the IRS voluntarily in a bid to declare their foreign assets and earnings and is not extended to those were contacted by US tax authorities beforehand.

Expats may have identities revealed

The United Kingdom is looking at changing the rules for foreign and British expat investors who buy property in the country using a registered company for their purchase.

The result could see a public register of identities being created of those involved with the company who have made property investments.

The government says it’s looking for more transparency when it comes to property transactions using a limited company.

This would be the world’s first searchable public register and would list the beneficial owners and reveal the true ownership for property.

One of the reasons for the introduction of a register is to help prevent money laundering and the police will be using it to track and then recover crime proceeds more easily.

Expats in the UK may lose non-dom status

A financial firm is warning non-domicile taxpayers in the UK who haven’t taken steps to prepare for changes to the tax system will be ‘hit hard’.

With the beginning of a new financial year, there are new rules for those living in the UK under non-dom status. Those who have done so for 15 years in the last 20 years will be considered to be UK residents for all tax purposes.

This new ruling is irrespective of when the expat came to the UK in the last 20 years.

Also, non-doms will now be subject to inheritance tax much earlier which is triggered when they have lived in the country for 17 years.

The rules have also changed for British expats heading overseas, who they will lose their residency tax status when they have lived outside of the country for up to six years, which is a rise from the current ruling of three years.

The changes were unveiled in the 2015 Budget by former Chancellor George Osborne.

Now expats affected by the change are urged to speak with a tax planning specialist to see whether the costs and issues will have a major impact on their living in the UK.

These include expats living in the UK being exempt from the country’s capital gains and income taxes for their overseas earnings and gains, but only if they paid a ‘remittance basis’ charge for their non-dom status.

Expats heading to Oman for work are being warned that the country may be switching to short-term job contracts for those taking up employment.

The Ministry of Manpower has confirmed it’s looking at a proposal that would see short-term contracts being offered to expats as a way to encourage employers to take on Omanis.

However, the new contract would have a greater flexibility so expats could work in different businesses branches that belong to the same business.

The country is also looking to increase the number of part-time workers – they are hoping to create 13,000 jobs by 2020 – and while expats cannot currently take up part-time work this may change.

Most expensive countries for expats to buy a home

Expats living and working in China are probably best advised to not buy property since the country delivers 11 of the world’s top 12 destinations for having the highest rises in property prices.

Top of the list is Nanjing where property rocketed in value by 41% in 2016, with Wuxi near Shanghai seeing its properties growing in price by 35.7%.

The report from real estate consultants Knight Frank says that the price rises seen in Chinese cities will not continue through 2017.

The Indian government has announced that its non-resident Indians (NRIs) do not have to quote their biometric ID card number, known as Aadhaar, when filing tax returns.

Fears have been raised, particularly from NRIs in the Middle East, that they are struggling to gain the new cards in time for filing taxes.

Also, the NRIs are exempt from paying income tax on salaries earned overseas but must file a tax return for any income earned in India.

However, expats in India who work there for more than 180 days in a year must apply for their own Aadhaar.

British expats are being encouraged head to Thailand for their retirement after Brexit where they can enjoy a 20-year residency permit. A top Thai official is quoted in newspapers as saying that this is a ‘good opportunity’ for Brits looking to retire overseas. However, expats are being advised to look at the potential costs; the permit has a £40,000 fee and the residency scheme costs £481 a year.

The average monthly salary in Oman has risen by 0.98% over the past year to reach $12,204, from $12,086. The biggest pay rises were seen by Asian expats while Arab and Western expats saw their salaries decrease.

British expats living overseas who have property rented out in the UK are being reminded that the new tax year also brings in the phasing out of mortgage interest tax relief. Most landlords will now be paying more in tax and their profitability will be affected. The move will also affect expat landlords who are in the Non-Resident Landlord Scheme.

Remittances being made by expats in Saudi Arabia have fallen with experts pointing to the struggling economy and the suspending of some government projects. In February, expats remitted around $2.87 billion which is 15% lower than the same period last year. Economic experts are also pointing to the negative impact that the fall in remittances will have on the kingdom’s gross domestic product (GDP).

Economic experts in Oman are predicting that British expats there will get more for their money because the pound will fall in value against their currency over the coming months. In addition to remittances being made to the UK being boosted by the currency move, Oman says tourists heading there will also benefit from cheaper goods.