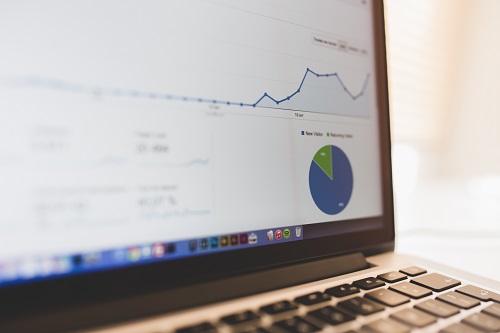 The struggling economy in Saudi Arabia has seen a steep fall in the amount of money being remitted to other countries.

Expats in the Kingdom sent home $2.87 billion (£2.25) in February, which is 15% less than was sent home in February last year, according to the country’s monetary authority.

Financial experts say the fall in remittances is down to the Kingdom’s lower level of economic growth, including a fall in the activities of the country’s small and medium-sized enterprises, and suspended government projects.There is also growing evidence that increasing numbers of expats who have been laid off are now working in the Kingdom’s black market.

Meanwhile, the Kingdom is predicting that more than one million expats will leave the country during an amnesty.

The government says there has been a good response so far from expats who are in the country illegally because their visa may have expired and they can leave without penalties or fines being imposed.

Since it was introduced four years ago, the annual amnesty has seen 5.5 million expats leave the Kingdom.

The rise of Bitcoin for expats

Growing numbers of Asian and African expats are embracing Bitcoin, which is an electronic payment system and cryptocurrency, in a bid to avoid bank charges when sending money home.

That’s the verdict of Bitwala, which is a Bitcoin payment processor, and it is reporting a steep adoption rate from various countries in Asia and Africa.

Apparently, there are growing numbers of firms and expats who are looking to use a foreign exchange for sending money abroad easily.

For expats in Africa, using a well-known money transfer system could cost them 12% on each transaction which means the sender is charged around $200, on average, to transfer money.

The Bitcoin firm says that the transfer fees paid by expat employees and firms in Africa are among the world’s most expensive and they could reduce their costs substantially by using the new currency.

Expats from Indonesia and foreigners working there have been told that filing tax returns and obtaining exit visas will now become easier.

The country also says it will remove credit card transactions from the information needed by the country’s tax authorities in future.

One reason for the credit card transactions being omitted is that they only reflect the money owing to the card’s issuing bank and not the expat’s earnings, the government said.

Expats heading to Qatar will be subjected to new recruitment procedures that will affect their entry and residency rights.

The Ministry of Interior says employers in future will need to get the expat’s work visa approved by the Ministry of Administrative Development, Labour and Social Affairs.

Employers will need to present a copy of the expat’s passport and job contract to get Ministry approval before the entry visa is granted.

However, the government says there is no change for expats wanting family visas and residency permits for children and their spouses.

Expats starting firms in the UAE

Growing numbers of expats are launching their own businesses in Kuwait which is helping to generate new work opportunities, says a business networking organisation there.

The new firms are offering well-paid jobs in software industries and are covering a number of sectors including financial technology, transport, media and logistics.

While Kuwaitis are also starting up businesses, expats are at the forefront of creating these new businesses undertaking more risks with innovative ideas.

One new job site aimed at start-ups says it has more than 100 vacancies available with more being added daily.

Also, statistics reveal that around half of the 3,000 new start-ups launched in the Middle East are based in the UAE and 40% of them are created by expats from Jordan and Lebanon.

The new utility rates for expats and businesses in Kuwait will begin from 22 May, the government has revealed.

The higher rates are not applicable to Kuwaitis.

The new water bills will begin from May 22 while new electricity tariffs for expats will come into effect from August 22, the government has said.

In the months that follow, the new tariffs will be applicable to government offices and the country’s agricultural and industrial sectors will pay the new rates from February next year.

The government has also revealed that without the increase in prices, its subsidy would cost KD10bn (£25.7bn/$32.8bn) every year and they are now encouraging firms and expats to begin use less energy to enjoy lower bills.

According to the United Nations, India has the most money remitted to it by expats from the country at $69 billion. It is followed by China at $64 billion, and expats from the Philippines remitted $29 billion home last year.

It’s now more expensive to remit money from the UAE after the major exchange houses brought in higher fees – expats must now pay DH2 (£0.43/$0.54) for their money transfers home.

Rents for property in Jeddah are falling with expats leaving the country. Figures from consultants JLL reveal that rents in the Saudi city fell by 8.5%, year-on-year, in the first three months of 2017. Rents for expat properties in Oman are also falling with rents in Muscat dropping by 40% in some areas, according to data published.

Gibraltar has backtracked from a proposal to offer flexible access to those expats with a qualifying recognised overseas pension scheme (QROPS). The idea was to introduce pension freedom rules similar to those brought in by the UK government but Gibraltar has announced it will retain the current arrangements.

Money transfer firm Xpress Money has announced that it is to boost its network in Latin America to 40,000 locations by the end of this year. The popular money transfer firm has one of the biggest networks available with a presence in 160 countries.