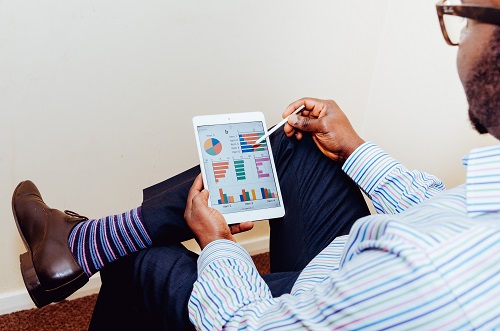 Hopes that UK expat retirees may see their pensions being unfrozen have been dealt a blow.

Richard Harrington, the pensions minister, has revealed that there are no plans under changes to Social Security benefit rules that will see state pension payments being unfrozen.He was responding to a Parliamentary question from the MP Sir Roger Gale who said it was a moral responsibility for the government to index link the pensions of expat retirees who have moved to countries with no reciprocal pension agreement with the UK.

He said the pensioners who had paid National Insurance contributions and taxes during their working life in the UK were being treated unfairly.

Mr Harrington told MPs that expat pensioners had ‘no moral right’ for a pension uprating and none were being planned.

The amount being spent on property in the Eurozone by British buyers has halved in the first three months of this year.

The main reason for UK buyers losing interest in buying property in the European Union is the weak pound.

Property transaction levels increased in February but were still 42% lower than February 2016.

The analysis also reveals apart from the essential payments including mortgage payments, management fees and maintenance costs, British buyers have cancelled all other payments related to property.

The firm says that British property investors should consider a currency hedging strategy to help ensure they retain the best value for their property investment.

Apart from the falling value of the pound, British expats are also worried about their status living in an EU country after Brexit.

Meanwhile, another survey points to the lack of access to health care benefits after Brexit for the apparent U-turn of 41% of British people saying they are abandoning their plans to move to Spain and France and other EU states.

They are now planning to remain in the UK and, according to retirement home provider Anchor who undertook this research, the number of enquiries from expat retirees living overseas for accommodation in care homes and retirement villages in the UK have rocketed.

After admitting its original rule change confused many people, HM Revenue and Customs has now clarified its new tax rules for overseas pensions.

The changes took effect from April 6 and were announced in the Chancellor’s last Budget.

The new guidance helps explain how UK tax residents with an overseas pension will pay tax on benefits and lump sums.

Among the clarifications is one that covers money paid to former expats who are now resident in the UK but who are receiving money from a Qualifying Recognised Overseas Pension Scheme (QROPS).

Previously, there was a 10% tax exemption to reflect the extra cost expats incurred in setting up and running their overseas pension scheme compared to one that is onshore.

However, HMRC decided that the exemption should be scrapped to bring offshore pensions into line with how UK pension schemes are taxed.

Kuwait’s Ministry of the Interior has revealed that the fees charged for expat residency permits will increase.

Once the decision is approved by the country’s National Assembly, each visitor’s visa will cost from KD30 (£77/$99), and a temporary residence visa will be KD20.

Dependents who are joining a family will need to pay KD300.

The same session of the Assembly may also rubberstamp a move to increase traffic fines and penalties for those who commit traffic violations, according to news reports.

Meanwhile, a study on the impact of work permit related fees has been completed in a move that could also see a minimum wage being introduced in Kuwait with the statistics being published shortly.

The study also analysed the issues faced by employers when they hire Kuwaitis and this will lead to a privatisation strategy to restrict opportunities for expats in the country.

News reports also point to expats being set to be shut out of government consultancy and advisory positions in the near future too.

It's not all about money

A survey has revealed that expats aren’t just thinking about money when heading overseas.

According to HSBC, a survey of hard-working expats reveals that those who are looking to progress their career and learn new skills should head to the UK.

Expats looking at career development should also head to Singapore and Hong Kong, though they need to be prepared for the work-life balance.

The best employment packages are being offered by employers in the Middle East, with health insurance benefits and housing allowances as well as paid trips home being among the most appreciated perks.

The next most popular countries are Singapore, Austria, Hong Kong and Bahrain.

Remittances from Africa 'to double'

The amount of money being remitted by African expats to their home countries is set to double by 2020, according to one money transfer firm.
WorldRemit says more people are accessing mobile payment platforms to send money home and numbers are increasing quickly.

The firm is now investing money into a South African regional office since the country is set to be the largest in terms of money transfer value on the continent while another office will be opening in Kenya, which sees the highest number of individual transactions taking place.

Should expats buy or rent in Hong Kong?

With sky high property prices, many expats moving to Hong Kong will be considering whether they should buy or rent their home while on assignment.

Both options are expensive but there is a tipping point when it becomes cheaper to buy a home rather than rent one.

To help expats decide, a property listings website has analysed 93 neighbourhoods in Hong Kong to calculate each tipping point.

The Spacious website says there are 44 areas where the expat should consider buying in if they are planning to live there for more than four years. Other, more popular, areas have a tipping point of between five and eight years.

Bangladeshi expats working in Greece can enjoy a short video drama produced by their embassy in Athens called ‘Remittance’ which is aimed at encouraging the expats to remit money through formal channels.

More than 125,000 expats across the GCC region have received financial literacy training over the last three months from the transfer firm Xpress Money. Teams have visited labour camps to help expats from countries as diverse as Pakistan, Ethiopia, Nigeria and Uganda.

Saudi Arabia has just announced that expats will no longer be allowed to work in the country’s shopping malls. The move is part of the country’s Saudisation process; only Saudi citizens will now be employed at the malls.

Expats in the UAE can now access their credit score now that the Al Etihad Credit Bureau (AECB) has begun operations. Expats can visit a customer service centre, offer proof of identity and get their credit report. Fees vary from DH 60 to DH 220.