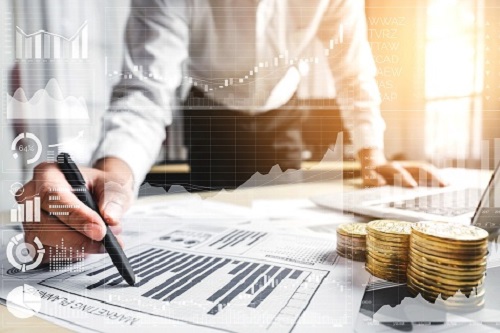 The economic crisis in Sri Lanka has been going on for some time, as the country struggles with Asia’s highest rate of inflation. The government has now appealed to the IMF for assistance, and a support plan has been proposed. This is partially a result of the invasion of Ukraine. Tourists from Russia make up the highest percentage of visitors to Sri Lanka, and now that this has been curtailed as a result of the war, the already beleaguered economy is crashing. Critics say that this has been brewing for some time, a result of twin deficits.

There is a shortage of foreign currency, and the national currency has been devalued. Both the UK and Canadian governments have issued advisories to expats in the country, warning of shortages of basic necessities, queues for petrol and pharmacies, and power cuts.

Dubai has given further details of its ‘end of service’ savings scheme for expatriates working in government departments. Employees can join by default, and their employer will contribute the whole of their end of service gratuity to the scheme, allowing them opportunities to invest the money (including in investment structures that are compatible with Islamic Sharia). Note that this won’t include the previous years of service, which come under the former legislation – the new rules will only apply to the years from which you joined the scheme. The rate of return will depend on how much each employee invests, and the portfolio in which it is invested. You can make further contributions or withdraw savings from the scheme at any time.

The government says that it is trying to stabilise employees’ savings, attract highly skilled talent to the region, and that:

“The Savings Scheme ensures financial security, fortifies employer-employee relationships, and most importantly, presents a robust opportunity for expat employees looking to invest their savings. The scheme is one of many initiatives that have highlighted the government’s commitment to ensuring employee satisfaction, in appreciation of their efforts and dedication. With the scheme in place, Dubai will continue to be an attractive career destination that appeals to outstanding talent and a preferred destination for personal and professional stability.”

Claims that the Russian state was about to seize the bank accounts of foreign residents turned out to be an internet rumour. Nonetheless, according to the Wall Street Journal and others, these claims may have contributed to the exodus of expats from the country following the invasion of Ukraine. The rumour was not unrealistic, since the Russian government temporarily stopped foreigners from trading assets, and has imposed new regulations for expats trying to buy or sell Russian assets. Prime Minister Mikhail Mishustin said that this decision was made to allow foreign investors to make choices on economic grounds rather than as a result of political pressures. Interest rates in Russia have shot up as a consequence of Western sanctions, and the state has been putting pressure on exporting companies to sell forex to shore up the economy.

Russia’s neighbour, Kazakhstan, has also said that it does not want to end up behind an iron curtain again and will welcome companies who are no longer able to operate in Russia. Kazakhstan has been treading a difficult tightrope over Ukraine: the regime does not want to risk affronting its powerful neighbour, but neither does it want to suffer the sanctions imposed on Russia itself. Moreover, it has seen recent disturbances and protests of its own. However, the EU has approved this arrangement. Kazakhstan says it is not attempting to work around sanctions and has told the EU that it will put monitoring structures in place to ensure that attempts to dodge sanctions are prevented.

Global Finance’s editorial board has named the innovative digital bank Commercial Bank “Best Bank in Qatar 2022.” This is one of 15 awards granted to the bank in 2021, focusing on its leadership, cash management, transaction banking and social media. Commercial Bank’s GCEO Joseph Abraham, responded: “The investment we have made in our business under our five-year strategic plan meant that Commercial Bank was able to swiftly adapt to the new operating environment and well placed to capture the fundamental shift in customer behaviour towards digital that was accelerated by COVID-19.”

The Japanese government has said that exchange students in Japanese institutions could claim up to ¥100,000 (USD$860) from the state, for inconvenience caused by the pandemic. The Ministry of Education is looking at welcoming 10,000 students a week into the country, a not unrealistic aim since it is estimated that there are 150,000 overseas students waiting to take up places in Japanese educational institutions. Harsh border restrictions during the pandemic have caused a drop in the number of foreign students, however, and the authorities are concerned that Japanese students might not be permitted to study in universities abroad as a consequence.

Some financial experts have expressed concerns that rising interest rates in Australia could adversely affect Australian expats, but property companies report this spring that returning expats are moving out of rentals into high end properties, with particular interest in Queensland, and the market has shown no signs of slowing down. The big four banks say that they may be looking at increased rates from June to September, but that borrowers should not see a significant strain on their loans. Property experts also say that the rental market should pick up once people – such as international students – start coming back into Australia post-pandemic. Whilst Queensland might be top of the list, southwest Western Australia, Sydney, Perth and Melbourne were also ‘on expatriate’s radar’ according to property companies.