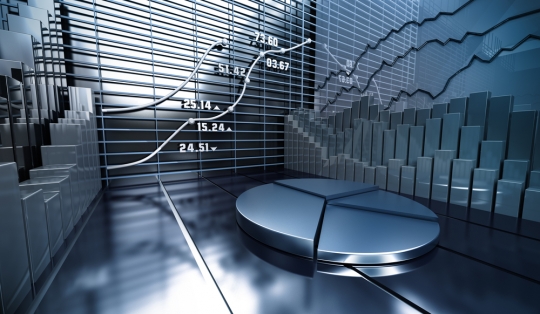 A worrying situation for paying British expat pensioners who are living in the European Union needs to be tackled as a matter of urgency, MPs have been told.

Under current rules, payments of life policies and pensions affecting around 38 million policyholders in the European Union could be illegal if the UK leaves the EU without a deal that includes this protection.The director general of the Association of British Insurers, Huw Evans, has told a Parliamentary committee that a payment, such as a pension payment, to a British policyholder living in the European Union would not be made because it would be illegal within the country concerned because they would not be classed as an EU citizen – as they are currently.

Despite the potential chaos that could ensue, Mr Evans says that the European pensions regulator EIOPA and the European Commission are refusing to budge over the issue.

The situation was highlighted in a Parliamentary debate and Mr Evans said that a ‘no deal’ Brexit would leave the pensions and insurance industry in limbo because there would be no effective legal framework for them to make payments to their expat customers.

Mr Evans also told MPs that in future any UK citizen who retires to an EU member state with an insurance-based pension, and who wants to have it paid into an international bank account where they reside, will find this is not possible if there is no arrangement in place.

He said that the loss of the European Health Insurance Card, which covers UK expats and travellers, will see them having to make alternative arrangements for medical and health insurance when travelling should there be a no deal arrangement.

The most expensive countries for international students highlighted

The cost of studying overseas has a big impact on where international students decide to head and a new survey has highlighted the most expensive destinations. The findings from furnished apartment resource NestPick looked at the 80 most popular cities by how much an international student will need to spend in their first semester.

The firm’s managing director, Ömer Kücükdere, said: “Studying overseas is an amazing opportunity for students and it is increasingly considered as an integral part of education. However, international students need to be aware of the financial implications of moving to a new city in terms of potential tuition fees and living costs because these vary between different cities and universities.”

HMRC is warning wealthy British expats to check whether they owe tax after the rules changed.

The warning comes after it was revealed the total of tax collected from high net worth individuals rose by 29% to £1.2 billion last year. In addition, HMRC is organising roadshows to help expats understand what their obligations might be, with the first event set for Monaco in September.

The tax raising figures have been published by accountants UHY Hacker Young who say that HMRC collected £919 million in the previous financial year. Now HMRC says it is increasing the number of investigations into high net worth individuals after Parliament warned the organisation had not delivered the success expected.

This is leading to a tougher stance and a spokesman for UHY Hacker Young said: “There isn’t a lot of sympathy for tax avoidance among the wealthy and HMRC knows its tough approach is not likely to be reined in.”

The firm says that every tool available will be used to collect disputed tax before an investigation is finished or a tribunal agrees the tax can be taken. Also, data from taxpayers’ offshore bank accounts is now sent to HMRC as part of a worldwide transparency drive and this data will be used for future investigations.

However, the firm says HMRC needs to be careful in trying to boost revenues because high net worth individuals tend to be mobile and a tough tax regime could impact the UK as an attraction which will damage tax and economy revenues.

Meanwhile, HMRC is urging all UK taxpayers to declare their foreign profits or income on offshore assets in a bid to avoid high penalties. The call comes as some UK taxpayers may not appreciate that there is a requirement for them to declare overseas financial interests before 30 September.

New Zealand’s government has announced it will prevent super-rich expats from buying homes in the country.

Many of these high net worth individuals are Americans who are buying up remote mountain estates, mainly as a bolthole to escape the doomsday scenario they fear President Trump may bring about.

However, New Zealanders say they’ve had enough since hunters and hikers are often prevented by the new landowners from accessing parts of the country’s most picturesque areas.

The government is expected to pass laws in the next few weeks that will declare homes to be ‘sensitive assets’ that can only be sold to citizens or residents of New Zealand. However, Singaporeans and Australians will be exempt from the home buying ban.

New figures reveal that the number of mortgage completions on UK buy to let properties from residents and expats in Hong Kong have soared.

According to Skipton International, interest from Asian buyers has been increasing for expat mortgages to buy UK homes; much of this interest is from people in Hong Kong, where property is among the most expensive in the world.

It costs more than 19 times the typical local salary to buy a home, so investors are looking to the UK as a potentially more lucrative investment hotspot. Skipton says there was a 65% rise in mortgage completions last year from investors in Hong Kong, compared to 2016 and further rises have been seen this year.

Skipton’s director of business development, Nigel Pascoe, said: “Maintaining ties with their homeland and familiarity with the UK market are reasons why expats find comfort with UK property investment.”

Hong Kong investors are increasingly looking to Manchester and the North of England for their property investments, says the Hong Kong office of Alliance investments.

Though London offers a more familiar investment choice, Manchester delivers higher yields, which are expected to strengthen with high levels of investment locally, a spokesman for the firm said.

The real estate firm says that since Brexit, the number of homes being sold in London to European buyers grew to 30% in the first six months of the year compared to 10% last year.

The biggest rise was for prime central London properties with EU buyers accounting for 15% of property investments, compared with last year’s figure of 10%.

Banks in Kuwait are facing a $1.8 billion (£1.4bn) bill for bad debts run up by expats being laid off in the country. In the first six months of this year, the number of expats employed by state-run departments fell by 70%, according to official figures from the Central Statistical Bureau.

Now the Central Bank of Kuwait says the total amount of expat bad debt of those being laid off has reached $1.8 billion. The bank says that 85% of the debt is owed to local banks, while 15% is owed to financial facility companies.

The issue comes as expats who are being made redundant are unable to repay the debts and loans they’ve borrowed while in the country.

Meanwhile, expats who are leaving public sector employment in Kuwait have been told they must submit proof of their leaving the country to receive their end of service indemnity.

The move by the country’s Civil Service Commission is aimed at ensuring those expats leaving the public sector are not then transferring their residency to the private sector with a new job.

The civil service says it is still possible for expats to leave the country and then return to work in the private sector.

Remittances being made by expats in Oman to their home countries has fallen once again, the Central Bank of Oman has revealed.

In a bid to boost consumer confidence, Australian financial watchdog ASIC is urging banks to do more in protecting customers, including expats, against fraudulent financial advisers following a string of scandals in the industry. ASIC says that banks will need to prove that they have robust compliance controls and measures in place to prevent fraud, where advisers withdraw clients’ money.

Fexco Corporate Payments has published research that highlights that Britain’s love affair with buying European property may be cooling, with growing numbers looking beyond the Eurozone. Brits spent 60% more on property outside of the Eurozone in the first six months of 2018, compared with the same period in 2016. Instead of traditional favourites like Spain and France, British buyers are instead heading to Thailand, which has seen an 84% rise in transactions. There’s also strong growth in buying property in the United Arab Emirates, Israel and Australia.

Credit card firm Barclaycard has announced it is closing the accounts of thousands of expats if they do not have a UK address, though some countries are being excluded including Germany, France and Australia. The move follows a change in rules as to where a UK-based financial services firm can operate. Barclaycard has already written to customers affected by the move.

Expats might be interested to know that the most expensive beer in the world is in Iceland. A pint there costs $12.75, according to UK manufacturer Amica. The next most expensive countries are Norway, the UAE, Israel and France. The cheapest countries are Paraguay and Vietnam.

For most expats heading overseas, having a fast broadband connection is a vital way to keep in touch with home – and answer work emails. Now Point Topic, a broadband market intelligence provider, has highlighted the cheapest countries for broadband aer Venezuela followed by Russia, Ukraine, Romania and Israel. The dearest countries they looked at Mauritania, Bolivia, Oman, the UAE and Bahrain.