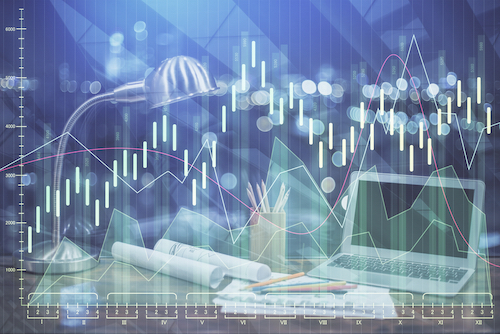 The property market in Dubai is reporting the high probability of a ‘difficult’ two years following the shake up from the Covid pandemic. Travel restrictions and other knock-on effects of Covid have resulted in a significant sag in the real estate sector, but the property market has been slumping for some time, a result of oversupply and a degree of economic upheaval. However, some sources report that investor confidence in the region remains high.India is revising a long-held policy on allowing foreign investors only restricted access to sovereign bonds, putting potential investors through exhaustive levels of bureaucracy and limiting them to 6% ownership. However, in March the Reserve Bank of India started to open up the market, removing the cap on some 5, 10 and 30-year government bonds. But some fund managers seem to think that this liberalisation is a case of closing the stable door after the horse has bolted, and that the Indian government needs to do more to make investors feel as welcome as they do in Thailand and Indonesia. The country will also need to keep an eye on its credit ratings, currently taking a bad knock as a consequence of the pandemic. But experts think that if the country really does liberalise, bond money will begin to come quickly in.

As reported elsewhere, expats are either leaving Hong Kong or proving reluctant to go there in the first place, the result of Covid job losses and Chinese crackdowns. Experts say that many of those involved in the finance sector will head for Singapore, although Japan and Australia have woken up to the opportunity and started offering incentives to asset management and banks. Singapore itself has not in fact been working specifically to attract the financial sector, but similarities between the two city states make it an attractive proposition. Meanwhile Hong Kong institutions concerned about the new security law have been consulting the city’s financial regulators, who say that it should have little impact at the moment – but the sector appears to be limiting the risk by looking further ahead.

Australian Senator Andrew Bragg notes, however, that “The political upheaval in Hong Kong has created an opportunity for Australia and Sydney to become a stronger regional financial centre.” However, corporate tax rates in Australia might need to come down before HK institutions start looking seriously down under, and the same applies to Japan, Korea and other South East Asian nations, where proposed incentives such as rent-free premises and tax breaks (like those offered by Busan in S Korea) are offset by language barriers and more intensive levels of bureaucracy. Australia doesn’t suffer from those disadvantages, but the tax situation is likely to be an issue. Singapore’s 17% tax rate is much more appealing. However, experts note that companies are not discussing this too openly at present, in case they wish to expand into the mainland and don’t want to step on Chinese sensitivities.

Business Insider has revealed the results of a recent survey undertaken among American expats (prior to the pandemic) on the best countries to which to retire: Latin America scores heavily, but top of the list are Portugal and Panama, evaluated on scores relating to cost of living, healthcare, accommodation and so forth. Costa Rica and Mexico also rated highly, followed by the Latin American nations of Ecuador and Colombia, and Spain and Malaysia.

We have reported elsewhere that a high number of Americans are looking to leave the States and this new survey might be of use to anyone planning to do so once circumstances allow. However, some Americans abroad are considering a move back to the US: rising crime in Mexico, for instance, has been cited as a reason, and as we reported last month, there are fears that economic instability caused by Covid will result in increasing crime levels in some nations.

In Malta, the Arbiter for Financial Services has ruled against the failed pensions advisory company, Continental Wealth Management, based in the Costa Blanca. The Arbiter has said that Momentum Pensions Malta, which took advice from CWM, will have to compensate clients for up to 70% of their losses, some of which run into 6 figures, according to expats who invested in the high risk company. The Maltese Arbiter says that market trends cannot account for, essentially, a lack of due diligence on the part of Momentum, who plan to appeal against the ruling.

Meanwhile the Greek government is seeking to attract expats into the country with attractive pension options, offering a flat income tax rate of 7% for any expat retirees who transfer their tax residence to the country: this would be applicable for a decade. Athina Kalyva, head of tax policy at the Greek Finance Ministry, told the Guardian:

“The logic is very simple: we want pensioners to relocate here. We hope that pensioners benefiting from this attractive rate will spend most of their time in Greece. That would mean investing a bit – renting or buying a home.”

In doing so, Greece is following the lead of Lisbon, which offered similarly attractive retiree options during the financial crisis, although this led to a backlash from locals and other EU states which is now resulting, this year, in the introduction of a 10% tax on foreign-source pension income, for ‘non-habitual’ residents. If you do decide to take advantage of the new ruling, which also applies to sources of finance such as rental income, you will need to make Greece your home for six months of the year or more, and will also need to come from a country which has a double taxation treaty with Athens. But the new scheme offers opportunities to those expats looking to move abroad after Covid, to a country which is generally held to have handled the pandemic well, and to an extent, the Guardian notes, to reverse a trend: some half a million Greeks are estimated to have left the country as a result of the financial crisis.