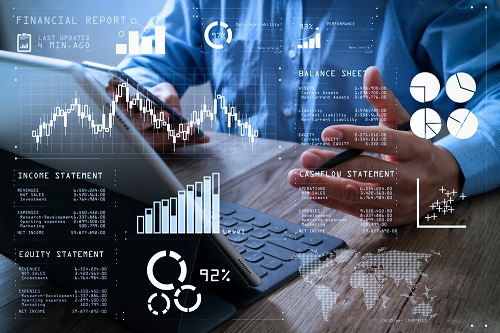 In recent years, expat pay and benefit packages in Hong Kong have decreased. Human resources company ECA, which recently released its rankings of locations with the highest expatriate packages, reported that Hong Kong fell from 5th to 8th place. Packages are now, on average, US$283,000 per year. Britain took first place, with packages worth an average of US$440,000 per year.

Experts say that although cash wages and pay/benefit packages rose by 4.5% and 1.4% last year, they are still lower in HKSAR at present than elsewhere in Asia. Singapore and Japan both rate more highly, for example. It’s to be noted, however, that Asian nations generally have fallen down the ECA rankings in comparison to other parts of the world. The pandemic and economic factors are being blamed, along with the relative weakness of the US dollar, to which Kong Kong’s currency is pegged, and stringent political measures such as the national security law.

ECA report that: “Hong Kong’s ability to attract expatriate staff today is much less than it was. Part of the reason for that is the change in the current political situation.” They also say that easing from Covid-19 measures, such as mask wearing and social distancing, would help boost the economy and thus expat pay.

The survey itself was undertaken in quarter three of 2021, and covered 300 international organisations from 160 countries and cities. It included around 100 firms in Hong Kong itself.

The South China Morning Post reported in August that ‘a fire has been lit’ under rents in Singapore. We’ve commented on this before, but the rental situation in the city state seems to be hotting up, with a squeeze on available properties plus an influx of overseas buyers resulting in a perfect storm in the rental market, according to property experts Knight Frank Singapore. Rents have risen faster than they’ve done since 2007, says the Urban Redevelopment Authority (URA) – at a rate of over 11%.

This is partly a result of a predicted exodus from Hong Kong – which has retained third place in ECA’s recent survey of the most expensive places to live globally (Singapore is number 13). However, estate agents say that incoming expats from HK are still a relatively small percentage, and the majority of clients are from the ‘usual’ places: China, India, the USA, Europe, and Australia. Domestic demand for rental places remains strong, too, so the boom can’t be attributed solely to incoming expats. In addition, new homes are not being built as fast as tenants might like, due to delays and supply chain issues over the pandemic.

Rents in Singapore have been stable for many years – sometimes falling below the rate of inflation and plummeting during the pandemic. But property experts say that landlords have been ‘suffering in silence’ for years and are now making up for lost time. Some expats report having been asked for double the rent when they try to negotiate their new lease, with one man being faced with a 110% hike. However, those tenants who have managed to extend their lease are doing so for a longer period, keen to lock in a fixed rate.

“Our rental outlook may be more positive than most Asian cities given that our economic recovery is more rapid and we have reopened our economy faster than other places like Hong Kong.”

It’s unlikely, according to the state’s property agents, that the government will intervene. Singapore regards itself as a free market and abolished state rent controls in 2001. Estate agents say that the government could free up more state-owned land to build flats, but otherwise they recommend co-living, renting government flats, or simply moving further away from the city centre.

We reported back in the winter that there were increasing issues with financial passporting between Britain and Europe, a consequence of Brexit. Closure of Brits’ bank accounts in France and Spain was already underway with certain banks, but now Barclays have also joined the fleet, preferring to close accounts rather than sign up to expensive EU red tape.

Other banks, such as Santander, have said that they will allow British expat customers to hold onto their accounts, but they won’t be allowing people to sign up to new ones. HSBC say that they will still be looking at applications for new accounts, and obviously expats can continue to open accounts with local branches. However, since many British expats find it easier to have an account with a UK bank – for example, for payment of rent and pensions – this latest development will be a further blow. A financial expert in Spain told Wales Online that:

“If you are a legal resident in the EU, you’re entitled to open a basic bank account. However, it’s unlikely these kinds of accounts will be able to deal with regular Sterling transactions, and they may charge fees and conversion charges for transactions made between an account in the UK and another in the EU.”

Bloomberg reported recently that there’s a distinct increase in American expats moving to Europe. We’ve commented on this phenomenon in relation to Portugal, but it now appears that Greece, Italy and Spain are also popular choices among those who are finding the US too expensive. The cost of living, house prices in major cities, a perceived increase in violent crime and ongoing political acrimony have all been given as reasons for the shift.

Knight Frank say that demand for properties in Italy and France among Americans is the highest it’s been for the past three years. Knight Frank has also seen its revenue from Americans moving to Italy rise to 12% in the first quarter of 2022, compared to 5% in 2021. The Italian government has been offering a number of incentives, such as the €1 home initiative to attract overseas buyers to depleted rural areas, and the new remote worker visa for expats (which should be introduced next year).