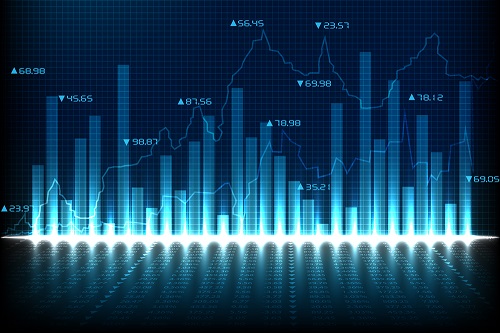 We’ve reported extensively on the closure of a number of bank accounts belonging to British citizens living in the EU. British banks have been closing accounts as a result of the cost and difficulty of passporting across each EU nation. This month, Nationwide became the latest bank to announce customer account closures. They have recently written to an estimated 5,000 customers to announce that their accounts will be closed after 31st December. Note that this may also affect mortgages. Those who have been affected face a scramble in the New Year to make sure that direct debits can be paid and pensions received via alternative means.

The Dutch central bank has said that British banks will not be permitted to serve customers in the Netherlands, and the Co-op is also due to close accounts. Some banks have not been willing to provide exact figures for the numbers of customers affected, saying that this information is commercially sensitive. The Office for National Statistics, however, estimates that around 800,000 clients could potentially be affected if they have not made other arrangements. If you think this issue may affect you, and you have not heard already from your bank, contact them to check for new developments.

2020 has seen record numbers of expats returning home – a phenomenon due more to Covid-19 than to Brexit, although the latter has played its part – and Ireland is no exception to this recent trend. The Central Statistics Office estimates that just under 29,000 Irish citizens returned home in 2020 – the highest number for over a decade. However, these returnees may face problems when it comes to finding property.

According to the Financial Times, quoting Goodbody Stockbrokers, the Irish property market in terms of new homes is at a record low. In saying this, high-end property is still available, with Google execs snapping up some bargains in Dublin (since property prices have fallen in 2020).

Overseas buyers from Dubai and Hong Kong, among other places, have been targeting Dublin’s desirable areas for investment properties. Coastal properties are also in demand, in areas such as Blackrock, Malahide and Dalkey. But many new homes are bought in bulk by developers or are destined for local housing schemes. More affordable rental properties are needed, especially now that there are so many Irish expats returning home.

We have reported before on the possibility of Singapore proving to be a popular alternative destination to Hong Kong, with greater social and political stability and significantly cheaper house prices. Houses with gardens in the city-state are still cheaper than some apartments in Hong Kong. Even comparatively high stamp duty prices are not proving to be too off-putting.

Reports from the Financial Times, among others, suggest that companies are moving their staff somewhat by stealth, reluctant to draw too much attention – and ire – from the Chinese government. Companies have been opening up subsidiary offices in the region, perhaps with the intention of gaining a foothold if head offices need to be moved.

Singapore’s real estate agents believe that the city is in a strong position when it comes to Covid-19, and, despite strict government lockdowns and a consequent recession (Singapore’s first for some time), high-end property sales have risen throughout 2020. 75% of international buyers are from Hong Kong itself or from the Chinese mainland, and some of China’s largest companies, such as Alibaba, Tencent and ByteDance, are opening up in Singapore – one of the main tech hubs of Southeast Asia.

British citizens looking to sell in France face steep increases in capital gains tax if they sell their properties after the end of the Brexit transition period. After 31st December, they face having to pay stamp duty of 36.2% of the sale, as opposed to 7.5% of the sale (the price for EU citizens).

For digital nomads looking to relocate to Greece, there is good news. The Greek parliament is trying to attract expats into the country by halving income tax for digital nomads. If you have not previously been a tax resident in the country, you are likely to be eligible for the reduction whether you are employed or self-employed.

Alongside Greece’s pleasant climate and lifestyle, the new tax break, which comes into force from January 2021, could prove very attractive to serial expats. Alex Patelis, a chief economic advisor, says that the new measure is aimed at “the person who’s three months in Thailand, two months in Jamaica, and so on. We want them to be two months in Greece, and why not?”

Tax relief has finally been granted to South African expats who have been stuck in the country due to lockdown and have faced increased taxation. Normally, in order to be entitled to tax exemption, expats need to spend a minimum of 183 days, of which 60 days must be continuous, out of the country during a 12-month period. Lockdown measures have meant that many have been unable to comply with this, resulting in hefty tax bills. The South African Revenue Service has now said that the 66-day lockdown period between 27th March and 31st May 2020 can be taken off the 183-day requirement.

However, expats may now find it more difficult to access their pension pots. They will only be able to draw from their pensions once they have established three years’ tax residency outside the country. Tax residency and applications for exemptions are complex. It is advised that you look into this closely with an international tax adviser, if you are likely to find yourself in this position.