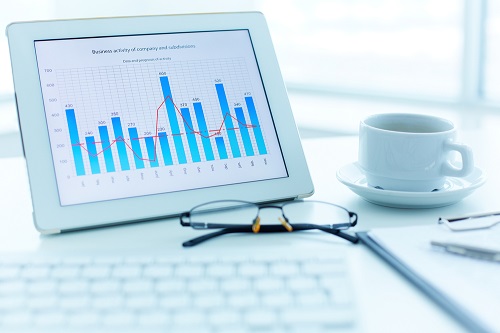 DeVere comes under fire for ‘loss of expats’ money’

Financial firm deVere is in the spotlight this month for allegedly losing large quantities of expats’ money. Wealthy expats, NHS staff working abroad, and expats working for construction companies all say that they took tax advice from the firm after receiving a number of cold calls. They were, they say, encouraged to move their money out of more trusted sites, such as the NHS pension scheme, and place it in unregulated investment companies with steep and undisclosed charges. Many of these investments were high risk, but when they failed or diminished, deVere representatives could no longer be contacted. Local regulators in a number of countries failed to help, and the UK ombudsman was unable to do so either, since transactions had taken place abroad. Complainants, if finally successful in contacting deVere, were either served cease and desist letters in an effort to prevent them from going public, or were offered confidential settlements.

Some of the investment firms turned out to be owned by Dubai-based Nigel Green, who also runs deVere. Described by the Times as a ‘colourful character,’ Green makes regular pronouncements about cryptocurrency. Hargreaves Lansdown also told the Times that the advice given to expats by deVere might have been ‘confused’ and ‘misleading.’ In the USA, an investigation by the Securities and Exchange Commission resulted in the closure of deVere’s subsidiary in the US, after the commission found that conflicts of interest were not made clear and that high commission fees had not been disclosed.

DeVere denies the charges, but expats report that they have lost significant sums. One woman interviewed by the Times said that she estimated that she had lost half of her NHS pension. Although her pension pot has grown, if Diane Bentley had stayed in her original scheme, she would have received all of her NHS pension, but will now only get half.

Does it pay to be an expat?

In early December, the Daily Express reported on schemes around the world to attract expats through financial incentives. For example, you may be able to claim just under £150,000 if you set up a business in Dublin. If you fancy setting up a start-up in Chile, you’re also in luck, with the possibility of receiving £23,000. Switzerland will pay you £20,000 (double for couples) to move to the village of Albinen for a decade. If you prefer Italy, the government will pay you £2,000 to move to a little village an hour away from Naples. If your preference is for the Antipodes, the government of New Zealand is offering £120,338 worth of land in Kaitangata. So, it could pay to become an expat!

Both Goldman Sachs and J P Morgan report that they are experiencing difficulties in hiring suitable talent to work in both Hong Kong and the Chinese mainland. Despite recent surveys suggesting that Hong Kong is still popular for work, tough Covid-19 regulations, which restrict easy travel and impose stringent quarantines, are having their effect on recruitment. Some banks are relocating division heads, including HSBC, whose head of commercial banking is being moved from the UK to Singapore. However, this may not always be possible, and it may be that there is simply a shortage of local talent now.

The Guardian reported in late November that the Israeli city of Tel Aviv has taken the crown of ‘most expensive city’ from the previous triple winners of Zurich, Paris and Hong Kong. The Economist Intelligence Unit (EIU), who compiled the survey, says that the Israeli contender climbed five places to claim the top spot – almost certainly a result of inflation and the strength of the shekel against the US dollar.

Paris still features in the top five most expensive cities, coming second alongside Singapore, followed by Zurich and Hong Kong. New York, Geneva, Copenhagen, Los Angeles and Osaka follow on, with London coming in at number 17. Edinburgh is a new entrant to the list, appearing at number 27 alongside Auckland and Minneapolis.

The EIU conducts its annual survey in August and September, correlating data on 50,000 goods and services across 173 cities. Pandemic and other supply chain issues have impacted on costs across the world, with petrol costs particularly spiralling. Tehran climbed the most places in the rankings. The city has been experiencing serious supply chain issues and US sanctions, both of which have had an impact on its economy.

However, the cost of living in some cities has gone down. For example, Rome is significantly cheaper to live in than last year, and so are Bangkok and Lima. Damascus, Tashkent and Tripoli are some of the cheapest cities.

Singapore may be one of the most expensive cities to live in, but its high-end property market remains popular, Forbes reported in early December. Luxury condos are in demand, as are landed homes and Good Class Bungalows. Estate agents say that tech entrepreneurs with Singaporean citizenships are snapping up the latter. Property prices have risen by 14% in the last year, with the market experiencing a significant bounce back after the effects of the pandemic.

Local experts say that the importance of quality living has been brought home to people by the lockdowns, and Singapore has performed better in this regard than many of its Asian peers. International buyers have flocked back from China, Indonesia, Malaysia, Hong Kong, Thailand, Korea and the USA. Many of these buyers are new, relocating businesses to Singapore and incentivised by its comparatively low tax and substantial stability, as well as its robust response to the pandemic.