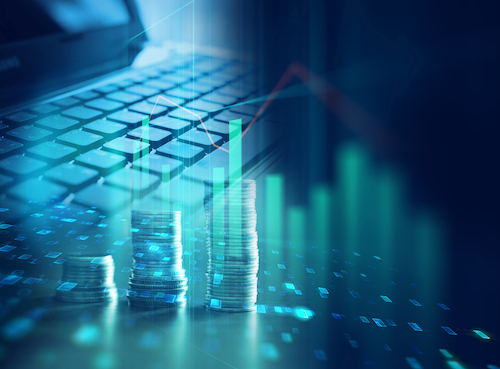 The upcoming changes to South Africa’s tax laws continue to cause consternation among South African expats. The new regulations will see South Africans abroad needing to pay tax on their global income, including benefits such as housing and education.Although some countries have double taxation agreements with South Africa, these can be expensive to obtain. And expats in locations without such agreements will find themselves facing hefty fees.

65 finance firms have moved from the City of London to Luxembourg in the wake of Brexit, according to a report from KPMG. France, the Netherlands and Ireland have also seen influxes of financial agencies moving to their shores.

Although London remains a major global financial hub, trading deals with European destinations could be impacted by Brexit – and with the UK goverment still scrambling to reach a deal, tensions are running high for many business owners and employees.

Not everything in the UK is doom, gloom and Brexit, however. The property market is seeing a surge of growth despite the political situation, with expat landlords in particular viewing the UK as a location with excellent potential.

With London properties maintaining their sky-high price tags, UK expat buyers as well as foreign investors are increasingly looking to other cities such as Manchester, Edinburgh, Birmingham and Bristol.

Muhammad Al-Jadaan, the Saudi Arabian Minister of Finance, has confirmed that no extra fees with be levied on expats in Saudi Arabia. Foreigners living in the country had been worried about a potential increase in both the expatriates’ fee and the dependents’ fee.

However, expat labour fees continue to increase, in the hope of driving expats away from jobs that could be given to Saudi locals.

Changes to the Portuguese tax rates are being viewed positively by expats, particularly those from the UK who have been worrying about their pensions following the Brexit vote.

The non-habitual resident (NHR) tax scheme has long been one of the most attractive in Europe, and if anything the newly floated legislation aims to provide an even better service.

According to International Adviser, the draft amendments include:

• A rate of tax of 10% on foreign pension applying to new NHRs with no minimum tax;
• NHRs acquiring the status before the law comes into force would fall under the existing rules. This means UK expats already benefiting from the status will keep in full their current benefits until the end of the 10-year period;
• Consequently, existing NHRs would be “grandfathered” under the existing legislation; and,
• Existing NHRs could choose to have the new rules applied to them.

Cayman Islands soon to be blacklisted by EU

The Cayman Islands and the British Virgin Islands have both recently been greylisted by the EU after failing to comply with stricter tax laws. The next step, blacklisting, would see them officially designated as refusing to comply with necessary trading legislation, potentially causing problems for European expats whose businesses are based there.

British expats in Spain are set to be hit by hefty fees on their overdrafts, according to new legislation. Paybacks will increase threefold, particularly for those with overdrafts between £1,500-2,000.

Small business owners are predicted to be particularly badly hit by the changes, which will make it harder to keep their businesses open without setting up a Spanish bank account.

Expats who have direct debits or standing orders to and from accounts in the UK – for example, those with buy-to-let properties back home – are also set to face the fees.

A pension scheme specifically for UK citizens living abroad has recently been set up by Trireme Pension Services. Both paper and online management options will be available.

The UK government has increased the minimum level of investment for tier 1 visas from £1 million to £2 million. Those who were previously granted tier 1 visas under the existing rules have until the 6th of April 2020 to apply for an extension.