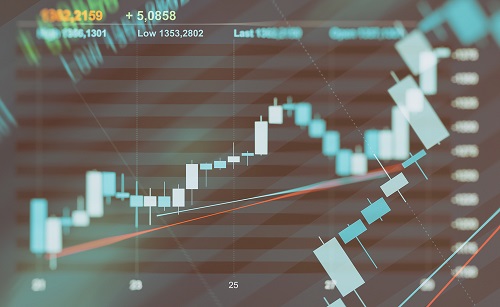 Amsterdam has overtaken the UK’s capital for the number of trades in January, the Financial Times reports. This is a direct result of Brexit: EU financial institutions can no longer trade in London, because Brussels does not hold that UK trading venues or regulators are of an equivalent status to its own. €6.5 billion migrated elsewhere once the transition period ended. Robert Peston, ITV’s political editor, says that the ‘idea that Amsterdam’s stock market would eclipse London never felt remotely plausible’ – however, it does now. He refers to the shift as ‘astonishing.’

The Bank of England governor, Andrew Bailey, has warned that the EU could lock Britain out of its banking market, sending costs soaring and resulting in market fragmentation. The Telegraph is also warning about costly currency deals, surging interest rates and increased costs of financial products, such as insurance premiums – changes that will directly affect expats, hard on the heels of the banks’ closures of some UK customer accounts.

A letter was sent to Michael Gove and Kwasi Kwarteng in early February by the CBI, the Institute of Directors, Make UK, the Federation of Small Businesses and the British Chambers of Commerce, asking the government to ease post-Brexit regulations. In addition, the Federation of Small Businesses has also said that many small firms are likely to see their profits plummet as a result of post-Brexit red tape. We have spoken to a number of businesses that are struggling with increased import duties and are mired in the necessary bureaucracy. Exports, too, are falling, with the Observer reporting a decrease of 68% of exports going out to the EU.

If UK-based exchange users are allowed access without going through intermediaries, they will now be subject to the exchange’s rules under Dutch law and subject to the Dutch financial regulator.

Some commentators have expressed surprise that Amsterdam has taken this lead, as opposed to Paris or Frankfurt, but some financial experts point out that Amsterdam is Anglophone, has a long track record as a financial hub, and has both a better tax treaty network and a better setup for inward investment. Others point out that this was predicted as far back as 2016, because Amsterdam is more business-friendly than Paris, more Anglophone than Frankfurt, and has better transport links than Dublin. Amsterdam ticks all the boxes, so it is perhaps not surprising that it’s becoming the jewel in the European financial crown.

The IMF reported recently that the economy in Oman has been badly impacted by the recent pandemic. There has been a contraction in GDP of over 6%, although the exodus of expats from the region has somewhat alleviated matters. Tax waivers, interest free loans, and the introduction of a job security fund have all provided a buffer of sorts, and cash injections from the Central Bank of Oman have also helped. A modest recovery is expected for 2021, but whether expats who left the region will be allowed to return and pick up the slack remains in considerable question.

Oman is going ahead and banning expats from particular jobs, a trend we have been reporting on for some months. The Omani Minister for Labour says that a number of jobs will be nationalised: insurance, car dealers, finance, retail and admin sectors will all be affected.

Pension freeze to be addressed

The question of triple locked pensions for expats in the EU was somewhat secured – though possibly not permanently, as we report elsewhere – in the recent Brexit deal, but the concept of a pension freeze will not be a new one to British expats resident outside Europe. The All-Party Parliamentary Group on Frozen British Pensions is continuing to work on behalf of the half a million British pensioners in Australia and Canada, for example, whose pensions from the UK do not rise in line with inflation. There is a possibility that a reciprocal agreement could be reached with Canada to rectify the situation.

Australia’s first home sales have seen a rise in the last month, with a 30% leap in applications, boosted by government support and very low interest rates. Some of this is due to the demand from first home buyers in the country, but it is also due to many expats being keen to return home after the pandemic and get a foothold on the property ladder. Property experts report that they were anticipating a much more depressed market, but thus far, it seems to have retained and indeed regained its buoyancy.

Meanwhile, what do high house prices back in the UK mean for expats wanting to buy there? The UK housing market has had an injection from the closing window for stamp duty charges, but property experts say that they cannot emphasise enough that the North is where potential investors in buy-to-let properties should be looking. A sound yield on rental returns and rising house prices make Northern property investment an enticing option, particularly as house prices are expected to slow down by the end of 2021. The end of furlough and a possible reluctance on the part of local investors to risk money on property may, experts say, result in new opportunities for expat buyers.